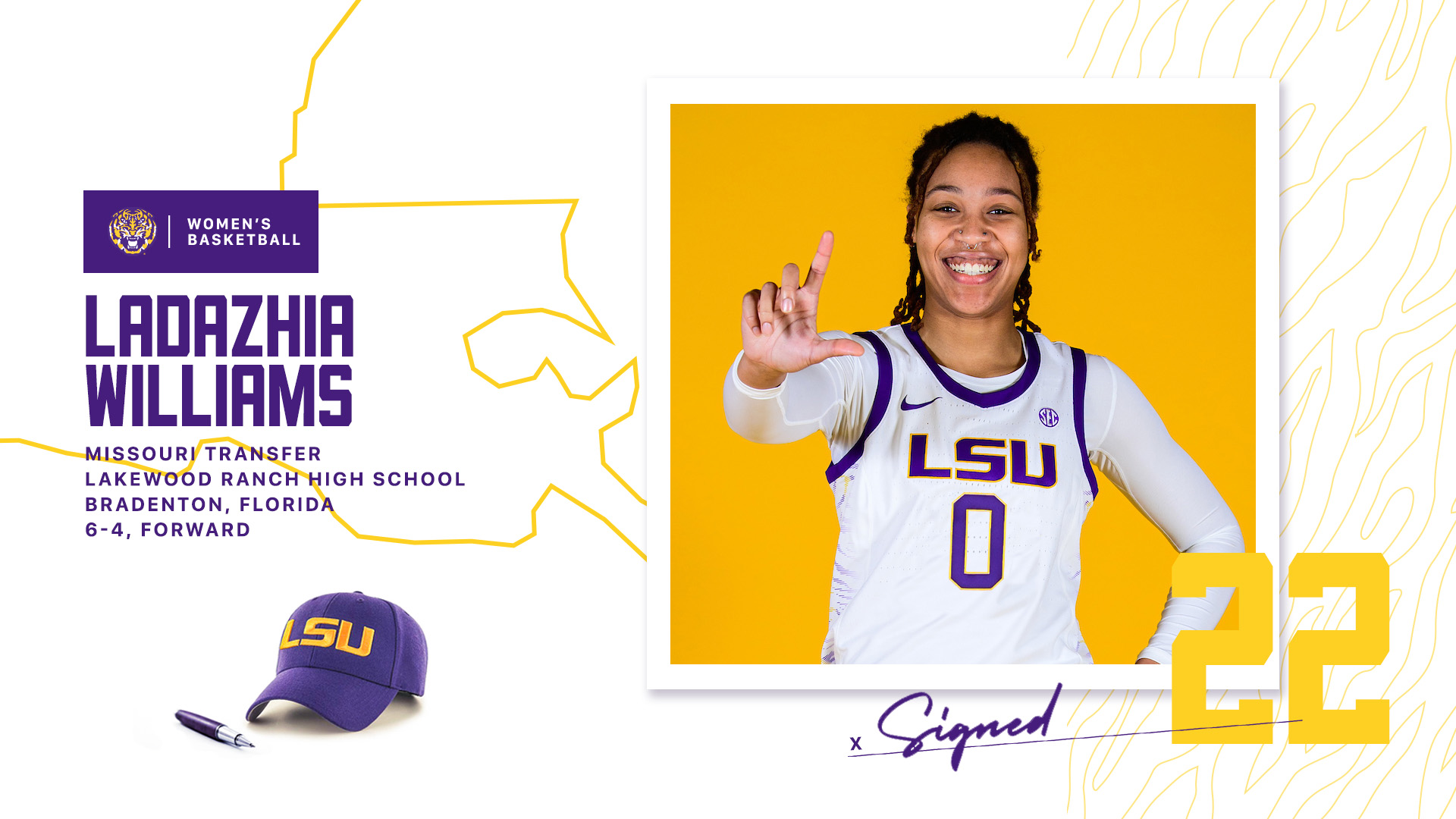 BATON ROUGE – Coach Kim Mulkey and the LSU Women’s Basketball team have announced the addition of LaDazhia Willaims, a transfer from Missouri who was a starter in Columbia and is a former five-star recruit out of high school.

“LaDazhia will bring four years of SEC experience to Baton Rouge,’ Coach Mukey said. “She is an efficient scorer who can make an immediate impact in our front court in many facets of the game. Tiger fans will love getting to watch her in the purple and gold next season!”

LaDhazia Williams started 18 games for Missouri last season and averaged 12.4 points, 4.2 rebounds and 1.2 blocks per game. The 6-4 forward produced one of the most efficient shooting seasons in Missouri history as her 58.2 field goal percentage ranked third all-time in program history. She had the No. 2 field-goal percentage in the SEC and ninth nationally while her 1.8 blocks per game ranked No. 8 in the SEC.

The product from Bradenton, Florida showed the ability to score the ball, leading Missouri in scoring in seven games throughout the season. She scored in double-figures in 16 games during the 2021-22 season and had two games where she scored over 20, including a career-high of 25 on January 6 against Auburn.

In Missouri’s overtime upset over No. 1 South Carolina on December 30, Williams earned her first start of the season and played 38 minutes as a key contributor in the Tigers’ victory. She recorded a double-double with 12 points and 12 rebound to help Missouri pull off one of the biggest upsets of the season in women’s college basketball.

Williams played her high school ball at Lakewood Ranch where she was the nation’s 12th best forward and the No. 48 overall prospect in the Class of 2017 by ESPNW. As a senior, Williams was named the 8A Player of the Year by the Florida Association of Basketball Coaches and the Sarasota Herald-Tribune, averaging 19.6 points, 9.0 rebound and 3.0 blocks per game. She was also the FABC 7A Player of the Year as a junior, leading Lakewood Ranch to the state championship game to have the best finish in program history. Williams finished her high school career and Lakewood Ranch’s all-time leading scorer and rebounder.