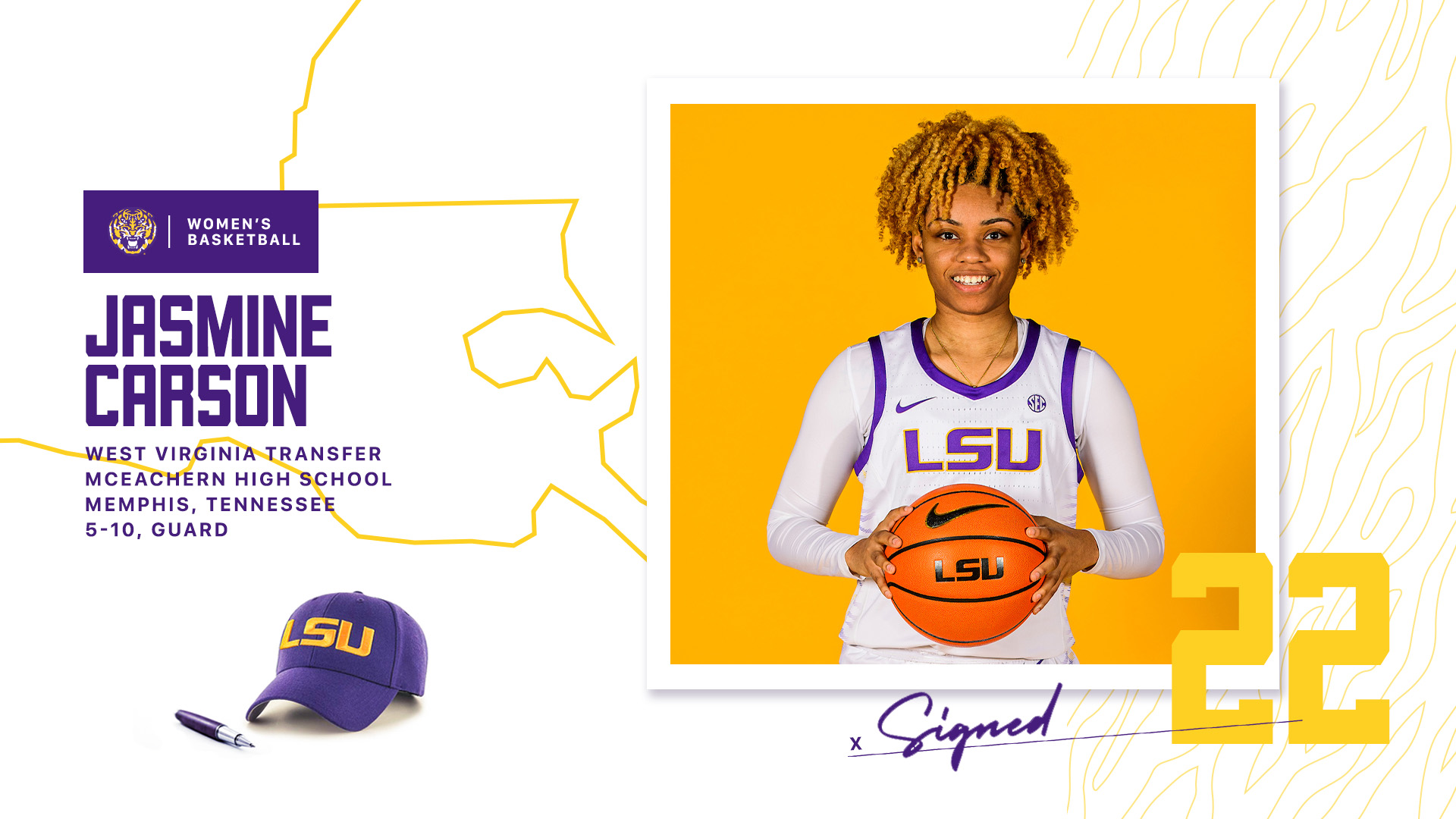 BATON ROUGE – Jasmine Carson, a 5-10 guard, has signed to play for Kim Mulkey and the LSU Women’s Basketball team as grad transfer from West Virginia.

“I’m excited to introduce Jasmine Carson as an LSU Tiger,” Coach Mulkey said. “Jasmine’s athleticism and quickness will translate well for us on both ends of the court. She brings in an outstanding perimeter shot that will stretch the floor for us offensively. We are thrilled to have her joining us in Baton Rouge and can’t wait to get her on campus this summer!”

Carson played in 12 games for the Mountaineers during her senior season. She shot 45.3-percent from the field and hauled in 38 rebounds throughout the season. She announced during the middle of the season that she would look to transfer and has now landed at LSU.

As a junior at West Virginia, Carson saw action in 25 games and earned one start. She shot 37.5-percent from behind the arc and scored in double figures six times during the 2020-21 season.

Prior to her time at West Virginia, Carson played at Georgia Tech. During her sophomore season she averaged 9.7 points and 3.2 rebounds per game. Carson scored in double figures in 15 games, including in a stretch of eight-straight games. She dropped over 20 points three times. As a freshman, Carson played in 22 games.

Carson began her prep career at Memphis Central where she helped lead the team to a district championship as a sophomore. She played at McEachern High School in Powder Springs, Georgia over her final two seasons. As a high school senior, Carson averaged 17 points and three steals per game. She earned all-district honors all four years of her high school career and was a 2018 Naismith High School Honorable Mention as a three-star ESPNW prospect.