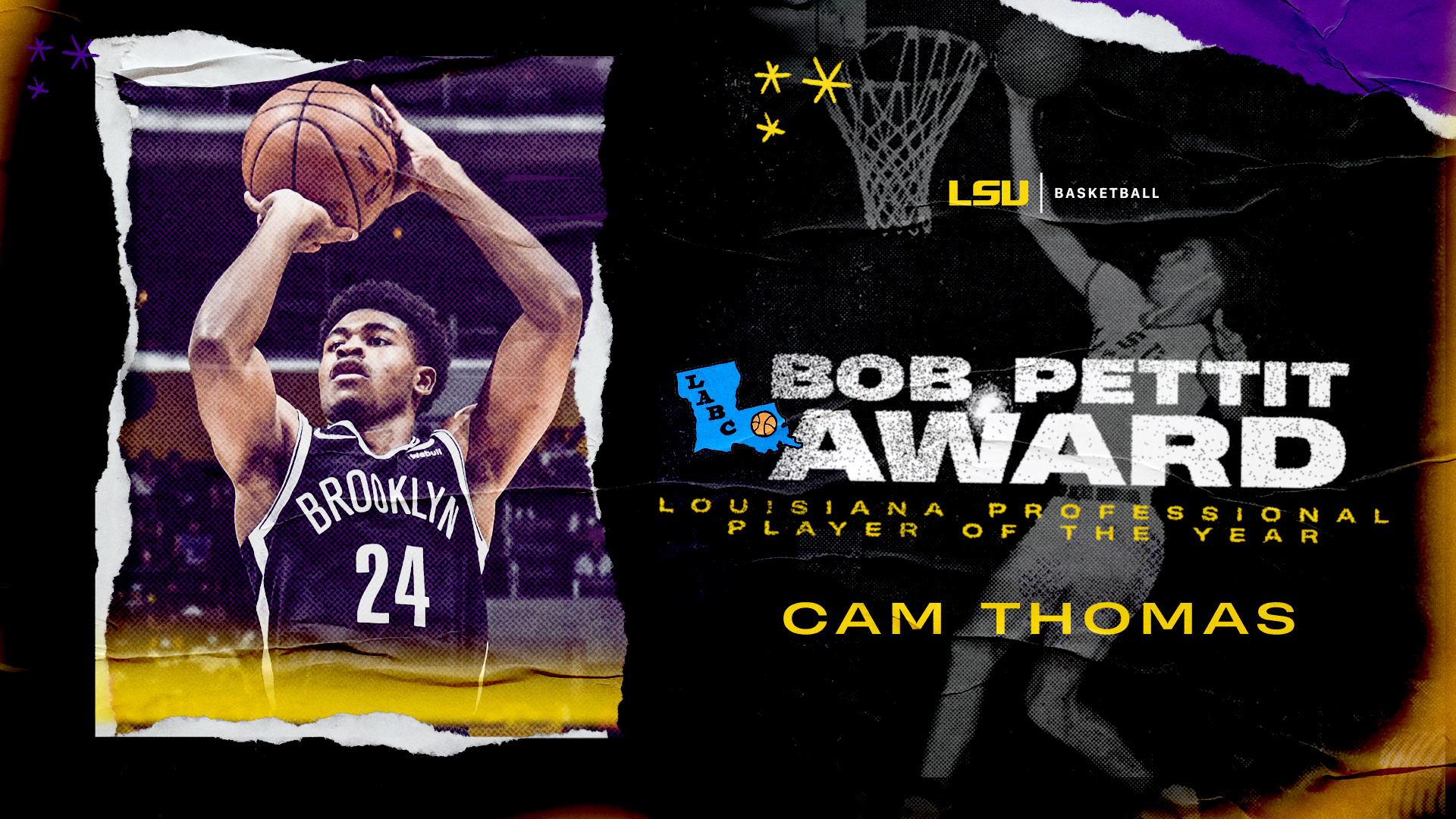 BATON ROUGE – The Louisiana Association of Basketball Coaches have named Brooklyn Nets rookie guard Cam Thomas as the 2022 winner of the Bob Pettit Award as the Louisiana Professional Player of the Year.

The award is given annually to the most outstanding professional basketball player from a Louisiana college. The winner is selected by the men’s college basketball coaches in the state of Louisiana.

The award is named after the legendary star at LSU and the St. Louis Hawks who was an 11-time NBA All-Star and a 10-time All-NBA First-Team selection. A member of the 25th, 50th and recently named 75-year anniversary teams, Pettit averaged 26.4 points and 16.2 rebounds for his career.

A first-round NBA draft pick of the Nets played in 67 games and averaged 17.6 minutes per game. He averaged 8.5 points, 2.4 rebounds and 1.2 assists this season. He did not play in the opening game of the playoff series with Boston on Sunday. Game two of the series is Wednesday night.

The LABC will have their 48th annual awards banquet on Saturday, May 7, at 6 p.m. at the Baton Rouge Marriott.