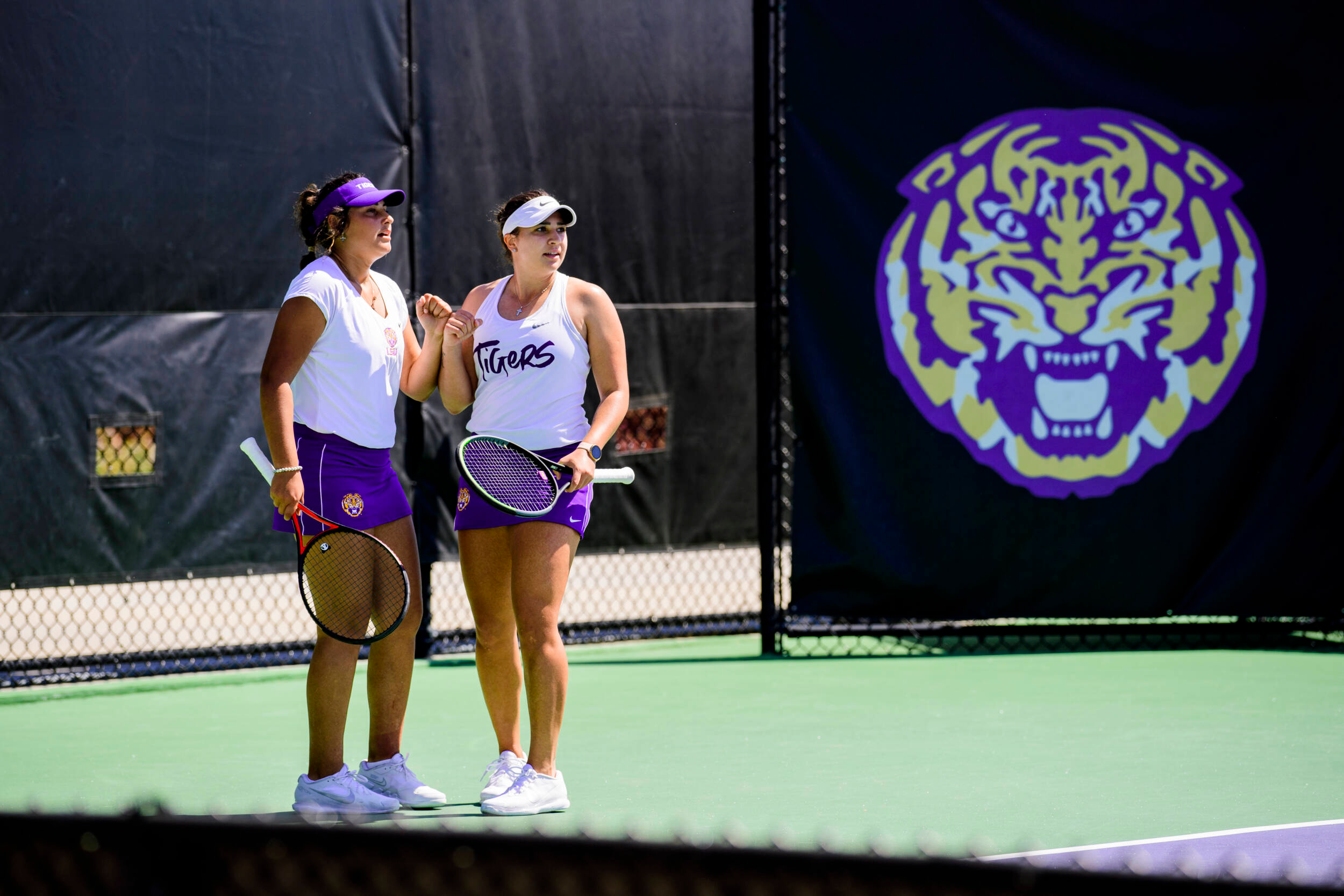 Vs. Kentucky
The Tigers enter the match with a slim series lead over the Wildcats by a margin of 23-21. When the teams met during the regular season at the LSU Tennis Complex, LSU grabbed a 4-1 win thanks to securing the doubles point and singles wins from Rania Azziz, Safiya Carrington, and Nina Geissler.

No. 14-seeded Kentucky is 12-14 on the year and 0-13 in SEC play. The Wildcats boast strong doubles play as they’ve secured 15 of a possible 26 doubles points on the year. In recent weeks, Fiona Arrese and partner Ellie Eades have been in strong form as they downed the No. 15 and No. 38 doubles duos and moved up to No. 27 in the ITA doubles rankings.

Tiger Tidbits
The Tigers finished the regular season with a 5-13 overall record and 4-9 tally against conference opponents. LSU ended the regular season over the weekend as they split their final two matches: a 4-2 win at Missouri on Friday and a 7-0 defeat to Arkansas on Sunday afternoon.