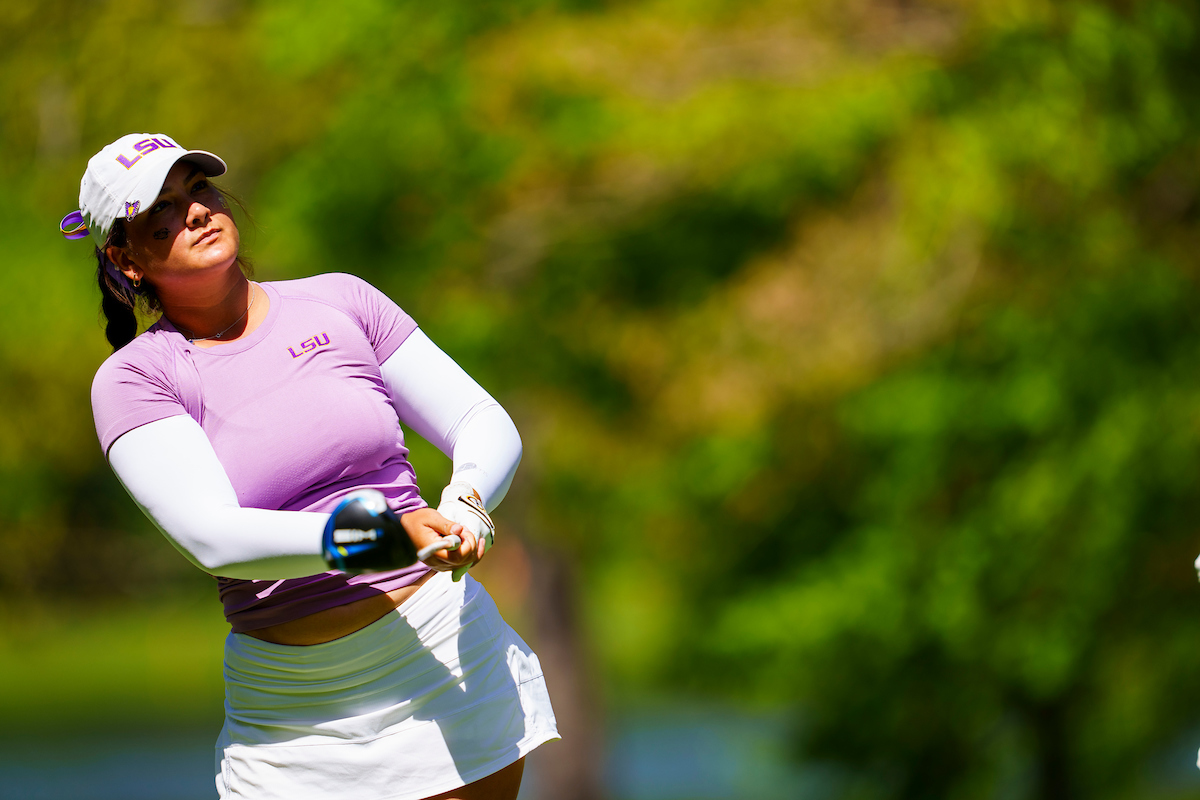 BATON ROUGE – LSU junior golfer Latanna Stone was named Tuesday to her third Palmer Cup team to represent the U.S. in the annual matches that will take place this July, as announced on The Golf Channel.

The matches are scheduled for July 1-3 at the Golf Club de Genève in Geneva, Switzerland.

Stone won her singles match in the 2020 Palmer Cup and in 2021 helped the Americans to a 33-27 win over the International team with a record of 2-0-2 in the competition that involves both men and women amateur stars.

This is the second major team announcement for Stone in the past week. On Friday, she was named to the American Curtis Cup team that will play in Ardmore, Pennsylvania at Merion Golf Club, June 10-12 against a team of amateurs from Great Britain and Ireland.

Stone had two pick late points in the Tigers’ SEC Championship win this past weekend. Stone rallied from one hole down with three to play in the 3.5-1.5 semifinal match play win over Alabama on Saturday and then birdied the final three holes to give LSU the championship in her match against Florida on Sunday as LSU won the SEC title for the first time in 30 years.

Stone averaged 73.30 for 27 rounds during the college season with one top five and three top 10 finishes. She has been part of three consecutive wins for LSU at the Clover Cup in Mesa, Arizona, the Clemson Invitational and the SEC Championships.

Stone also won two major events in her home state of Florida between the fall 2021 and spring 2022 semesters – the Dixie Amateur and the Women’s Orlando International Amateur.

The Palmer Cup was co-founded by Arnold Palmer and The Golf Coaches Association of America (GCAA), and began in 1997 at the Bay Hill Club & Lodge in Orlando, Fla. The event is a Ryder Cup-style tournament featuring the top men’s and women’s university/college golfers, with a team from the United States matching up against a team of International players.

The Palmer Cup has been played at some of the world’s greatest courses, including The Old Course; Royal County Down; Royal Portrush; Baltusrol; The Honors Course; and Cherry Hills. The 2018 event at Evian Resort Golf Club became the first major amateur American tournament to feature men and women playing side-by-side as partners.

Since its inception, over 125 former Arnold Palmer Cup alumni have gone on to earn cards on the PGA, European or LPGA Tours; 29 have represented Europe or the USA in the Ryder Cup or Presidents Cup, and more than 60 have claimed over 275 victories on the PGA or European Tours, including three major championships in 2020 and two in 2021. The United States leads the Palmer Cup series 13-11-1.