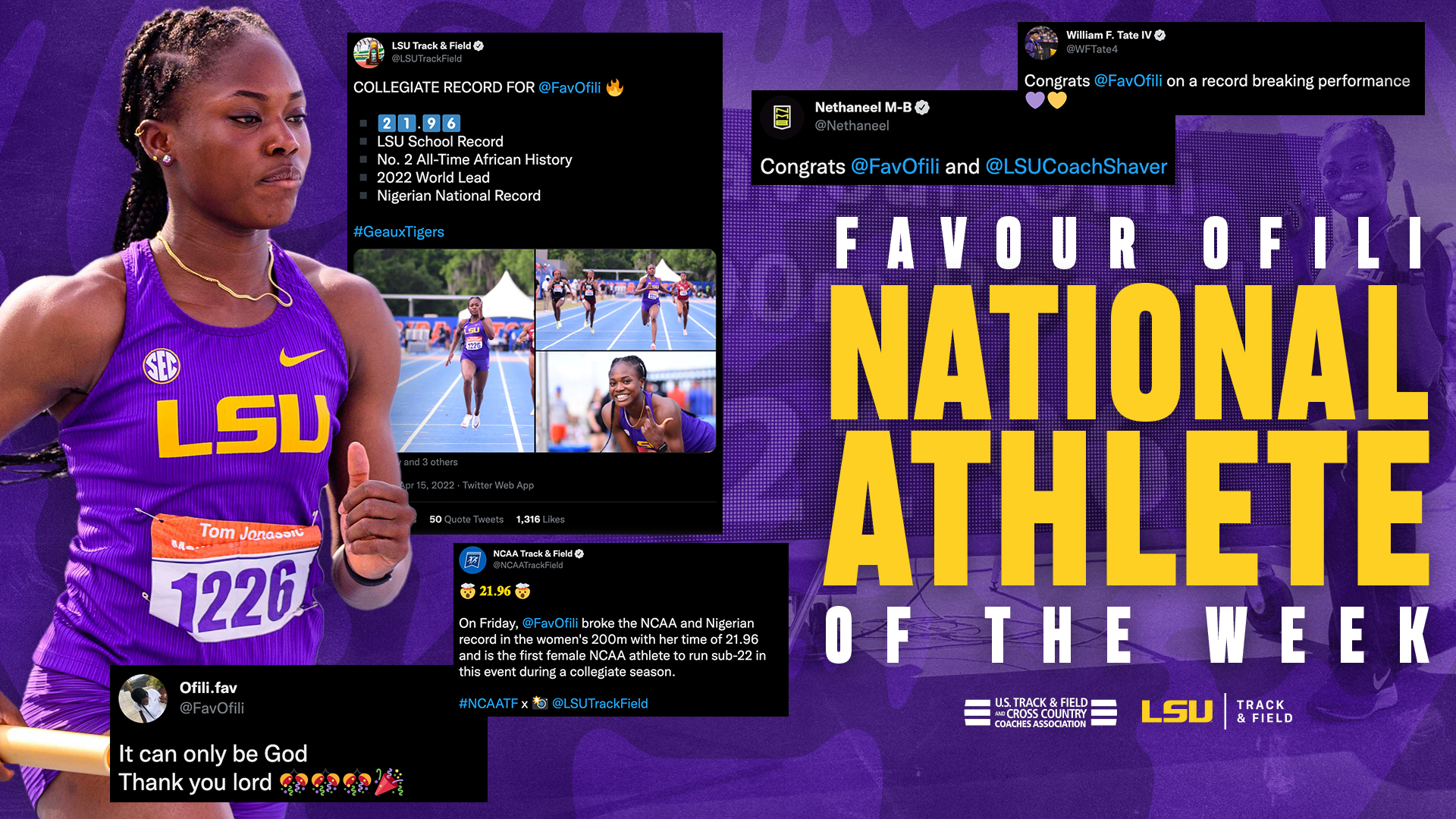 Baton Rouge, La. – One of the young, rising stars in the sport of track and field, Favour Ofili was named the U.S. Track & Field and Cross Country Coaches Association National Athlete of the Week on Tuesday morning after she broke the collegiate record in the 200 meter dash this past weekend.

A native of Port Harcourt, Nigeria, Ofili is in year two with LSU track and field and she is making a name for herself at only 19 years of age. A three-time U20 world medalist, Ofili came into last weekend’s Tom Jones Memorial meet in Gainesville, Fla., with a career best of 22.23 in the 200 meters that she ran at the 2021 IAAF U20 World Championships to secure a bronze medal. In what was her first outdoor 200 meter race since that meet in August of 2021, Ofili blazed around half the track in a collegiate record setting time of 21.96 seconds; it’s also a 2022 world lead.

In the LSU record book, Ofili surpassed former record holder Dawn Sowell, who owned claim to a career best readout of 22.04 while competing for LSU back in 1989. The previous collegiate record belonged to Florida’s Kyra Jefferson who ran a 22.02 back in 2017 at the NCAA Championships.

The 21.96 has also earned Ofili the qualification standard for the 2022 IAAF World Championships that will take place later this summer in Eugene, Oregon. Ofili will assuredly be a lock for that event whilst representing her home country of Nigeria. She also has the qualification standard in the 100 meters with her time of 11.00 that she ran earlier this outdoor season as well.

This is the second time that an LSU athlete has earned a National Athlete of the Week honor this outdoor season as Alia Armstrong was awarded with it on March 29 following the Texas Relays.