No. 5 Beach Sweeps Through Battle On The Bayou 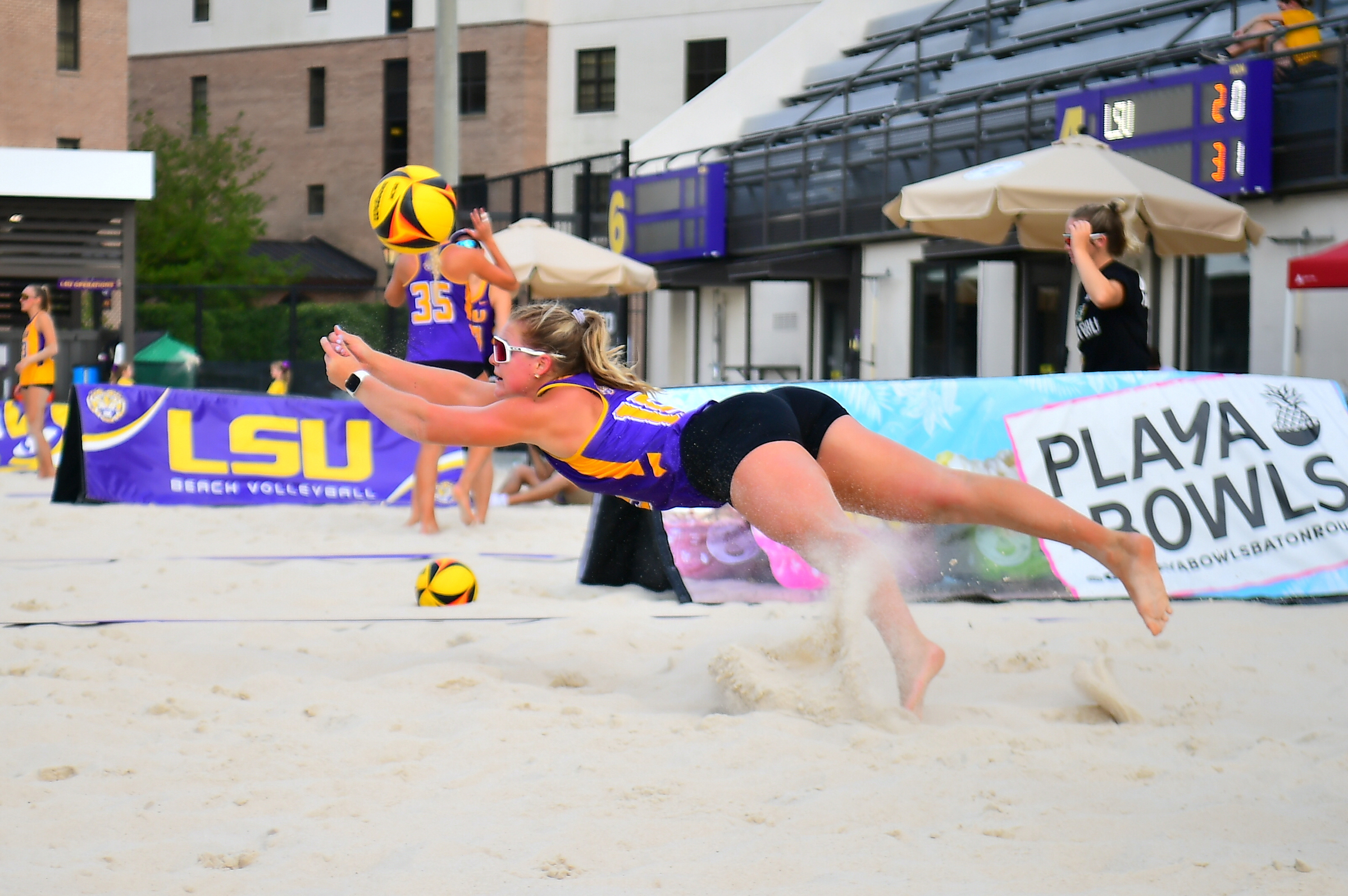 BATON ROUGE – No. 5 LSU swept both Central Arkansas and Southeastern to cap off its perfect weekend at LSU Beach Volleyball Stadium.

“I think there were times that we played at a new level – a level that we haven’t even played at yet this year,” said head coach Russell Brock. “That’s the idea. We wanted to build all season long.”

“I’m really proud of the team and how they just worked and invested and bought in to what we were asking them to do,” Coach Brock said.

“To use this weekend as a springboard getting into one more week of really aggressive training is a great place to be going into the postseason,” Brock said.

LSU swept past Central Arkansas to earn its 26th win of the season. Melia Lindner and Lara Boos got things started on Court 5 with a 21-11 and 21-17 win. Sierra Caffo and Ashlyn Rasnick-Pope battled on Court 4 to take the first set, 24-22, before finishing the job with a 21-15 second set win.

Reilly Allred and Holly Carlton dropped the first set, 23-21, but came back to win the final two sets, 21-12 and 15-10, to give LSU the sweep. It was the 20th time this season that Allred and Carlton went three sets.

LSU did not drop a set in its final match of the weekend taking on Southeastern. On Court 4 Grace Seits and Ellie Shank got started strong with a 21-8 first set followed by a 21-13 second set. Caffo and Rasnick-Pope slid down to Court 5 for the Southeastern match and handled their business, winning both sets 21-14.

Deberg and Greene-Agnew were dominant, giving up a total of just 11 points combined in both sets and winning 21-7 and 21-4 to clinch the match on Court 2. Allred and Carlton did not need another three-setter as they took their match in straight sets on Court 3, 21-16 and 21-7. Bauman and Bracken finished the sweep with a 21-12 and 21-13 victory on Court 1.