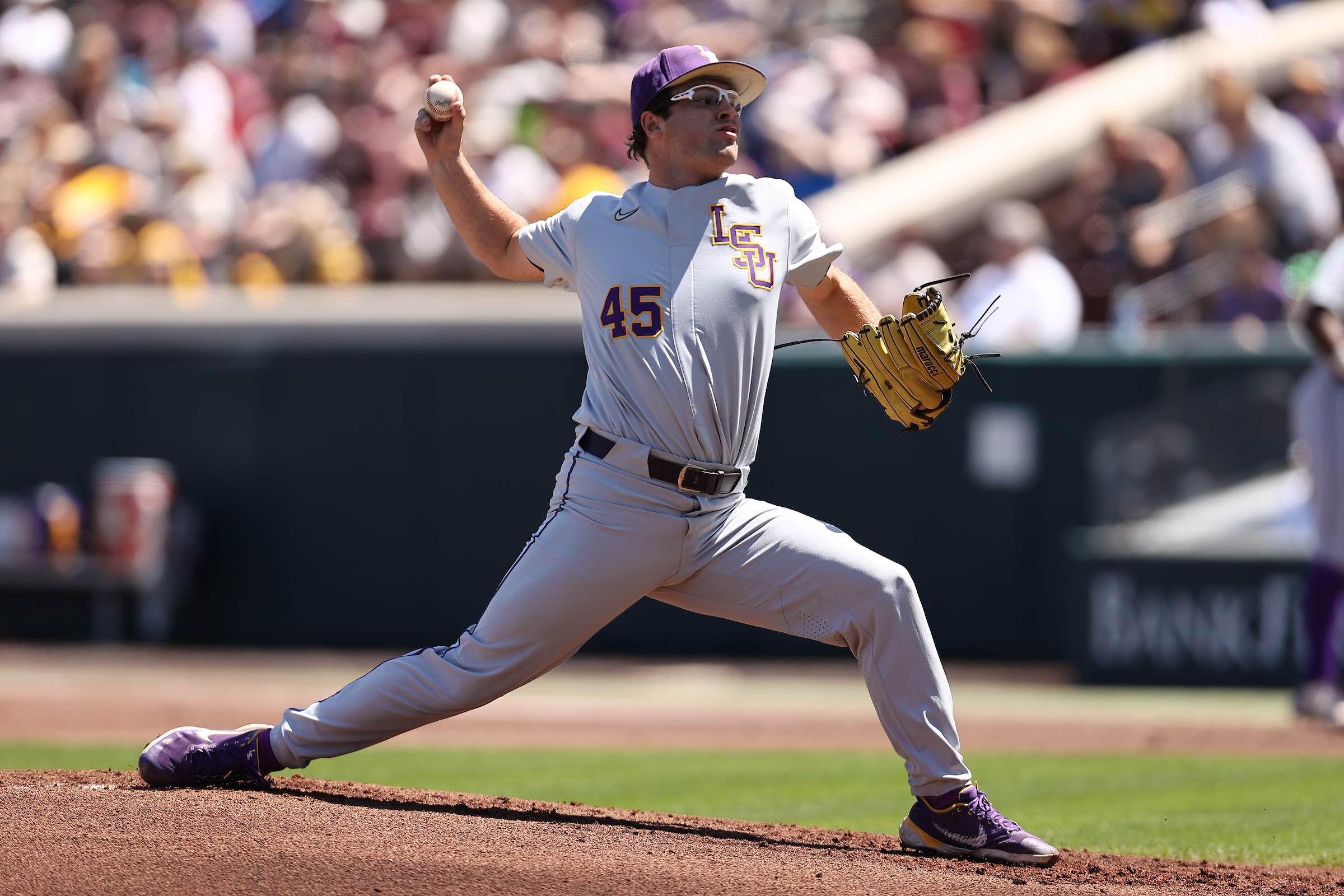 FAYETTEVILLE, Ark. – Arkansas overcame a 1-0 LSU lead with a four-run fifth inning, and the Razorbacks went on to a 6-2 victory Saturday at Baum-Walker Stadium.

SEC Western Division leader Arkansas improved 28-7 overall, 11-4 in the league, while LSU dropped to 23-12 overall and 7-8 in conference play.

“We had opportunities to score today, we just didn’t get them in,” said LSU coach Jay Johnson. “We’ve got to go to work on Monday and improve. We’re halfway through the SEC schedule, and we need to get better in order to beat the teams at the top of the league.”

Arkansas starting pitcher Jaxon Wiggins (5-0) earned the win, as he limited LSU to two runs on nine hits in 5.1 innings with three walks and nine strikeouts.

LSU reliever Grant Taylor (4-1) was charged with the loss, allowing three runs – two earned – on two hits in the fifth inning with one walk. LSU starting pitcher Samuel Dutton delivered a solid outing, working a career-high four innings and limiting Arkansas to one run on two hits with two walks and two strikeouts.

LSU grabbed a 1-0 lead in the top of the second inning when centerfielder Dylan Crews ripped an RBI double down the left-field line to score designated hitter Brayden Jobert.

Arkansas scored four runs in the fifth inning to take a 4-1 lead, as the outburst was highlighted by a two-run single from third baseman Cayden Wallace and a sacrifice fly by designated hitter Brady Slavens.

The Tigers narrowed the gap to 4-2 in the seventh when leftfielder Josh Stevenson doubled and scored on first baseman Tre Morgan’s single, but Slavens’ two-run homer in the bottom of the inning helped to secure the outcome for the Razorbacks.