The series concludes at 2 p.m. CT Saturday in a game broadcast on the LSU Sports Radio Network and streamed on SEC Network +. 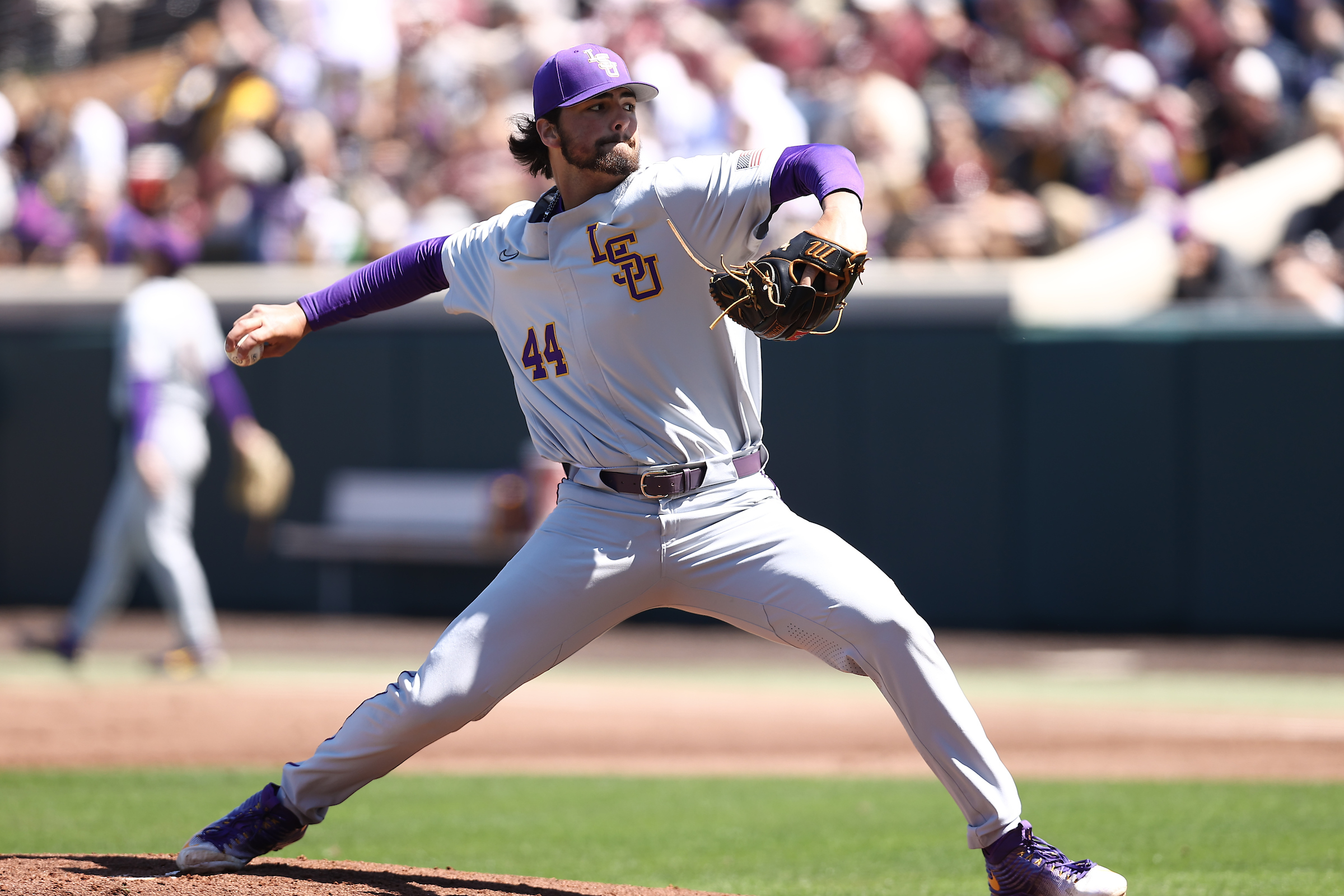 The teams conclude the series at 2 p.m. CT Saturday in a game that will be broadcast on the LSU Sports Radio Network and streamed on SEC Network +.

Smith (6-2) limited LSU to two hits in seven innings with one walk and seven strikeouts, firing 98 pitches. Reliever Evan Taylor worked the final 1.1 innings to earn his first save of the season.

“We hit too many balls in the air against Smith, and we struck out too many times,” said LSU coach Jay Johnson. “We didn’t put a whole lot of pressure on him.”

LSU starting pitcher Blake Money (2-3) was charged with the loss, as he allowed four runs on seven hits in 6.2 innings with two walks and one strikeout.

Arkansas broke a scoreless tie in the bottom of the third inning when leftfielder Zack Gregory led off with a solo homer, his fifth of the season. Designated hitter Brady Slavens drew a one-out walk later in the inning and scored on a two-out home run by catcher Michael Turner, his fifth dinger of the year.

The Razorbacks extended the lead to 4-0 in the fifth on a solo homer by rightfielder Chris Lanzilli, his fifth of the season.

LSU’s biggest offensive threat came in the eighth inning, when the Tigers loaded the bases with two outs. Taylor, however, retired second baseman Cade Doughty on a fly ball to right field to end the inning.

“Arkansas has a great program and a great team,” Johnson said, “so we’re going to have to play clean baseball to beat them. We’re going to focus on trying to outplay them tomorrow.”