Favour Ofili Sets Collegiate Record In The 200 Meters With Time of 21.96 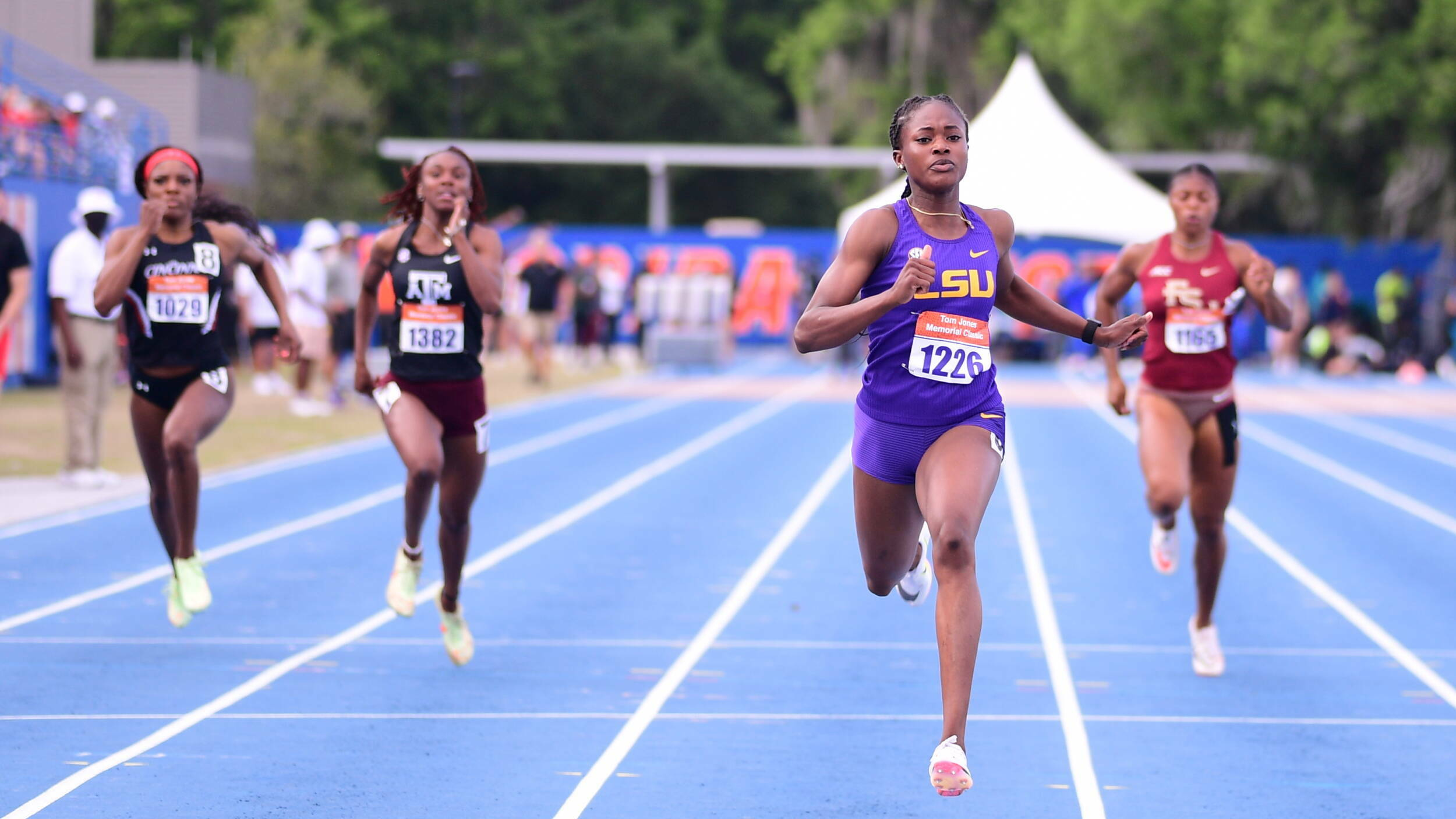 Gainesville, Fla. –  LSU track and field star Favour Ofili broke the collegiate record in the 200 meter dash with a world leading time of 21.96 on Friday night at the Tom Jones Memorial at James G. Pressly Stadium.

“My body felt great going into the race,” Ofili said after her record setting performance. “Coach {Dennis} Shaver told me before the race to just ‘Stay relaxed and execute the race plan’, and that’s what I did.

“I can’t really recall too much of the race because it was such a blur, but I knew I was the first to cross the finish line by a wide margin. When I saw the time, I was very happy and excited because it was an expectation that came to pass on God’s word proclaimed in my life. I give all the credit and glory to God.”

With the time of 21.96, Ofili achieved a multitude of feats in addition to the collegiate record. She became only the second woman in African history to go sub 22 in the 200 meter dash joining Olympic silver medalist Christine Mboma (Namibia), who owns  a personal best of 21.78. Ofili’s lifetime best also broke Blessing Okagbare’s Nigerian national record of 22.04 that had stood since 2018.

In addition to those laurels, Ofili shattered Dawn Sowell’s LSU school record of 22.04 that had stood since 1989. The collegiate record was previously held by Florida’s Kyra Jefferson with a time of 22.02 that she ran at the 2017 NCAA Championships. The time also meets the standard for the 2022 IAAF World Championships that will take place in Eugene, Oregon, during the month of July and Ofili will be considered a favorite to make the finals in the at event.

Amber Hart and John Meyer both competed in the discus on Friday. Hart registered a personal best for the second straight meet with a throw of 180’ 3” (54.95 meters) to finish fourth and move up three spots on the all-time LSU list into the third slot. Meyer launched the discus 162’ 11” (49.67 meters) for a personal best himself.