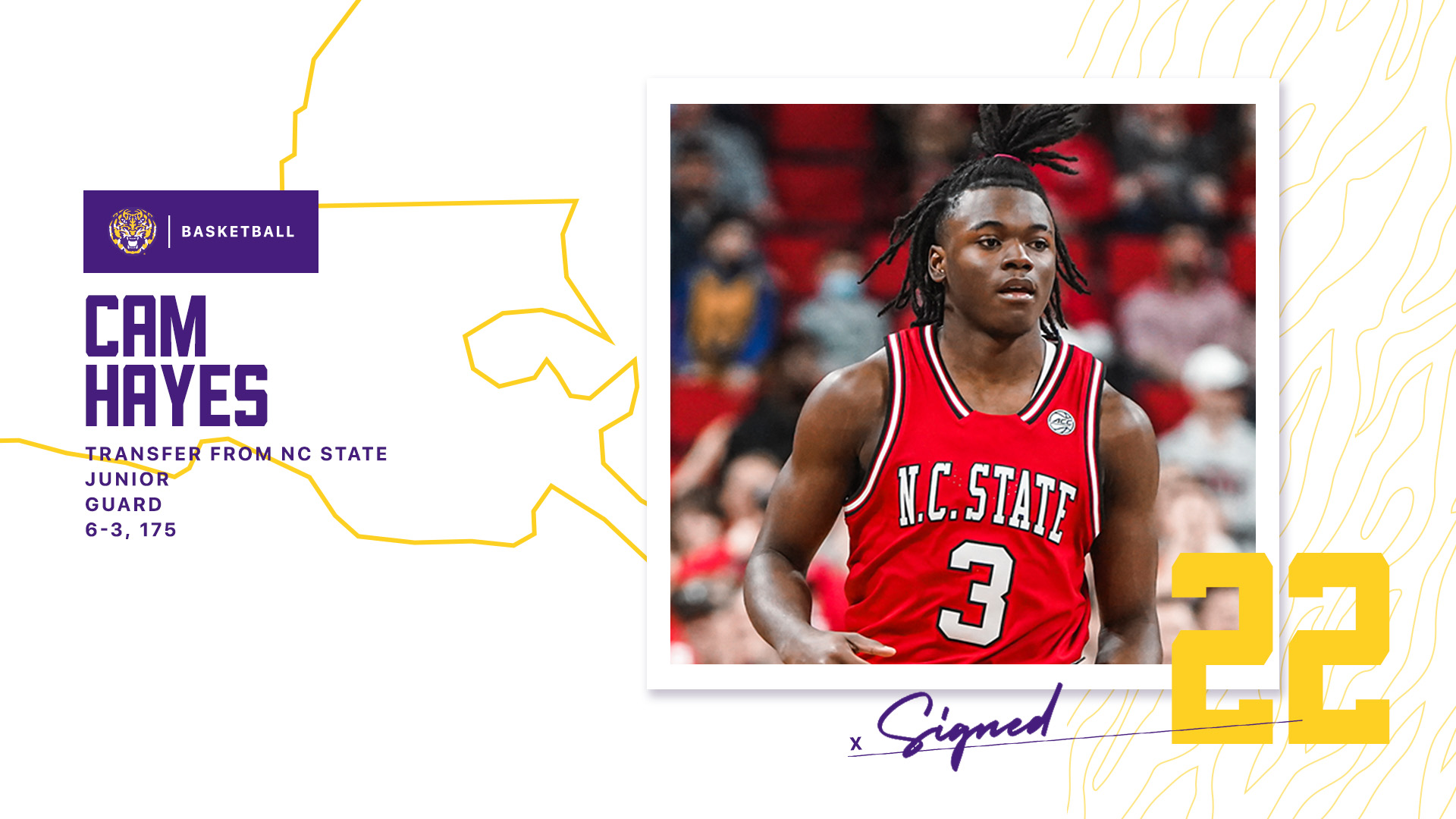 Hayes, a 6-3 guard from Greensboro, North Carolina, has played two seasons at NC State and will be a junior for LSU’s 2022-23 season.

Hayes was the fifth-leading scorer for North Carolina State this past season, averaging 7.0 points and 2.1 assists. He played all 32 contests for the Wolfpack with 13 starts. Hayes averaged 21.1 minutes a game, making 25 three-pointers and recording 25 steals.

“We are excited to announce the signing of Cam Hayes and welcome him to the LSU family,” said Coach McMahon. “Cam is a versatile and experienced guard who will have an immediate impact on our program. We love his quickness, playmaking skills, and his ability to score the ball at the guard position. We look forward to his arrival on campus this summer.”

Hayes, at Greensboro Day, ranked as a four-star prospect by 247Sports, ESPN, Rivals and On3 Consensus. He was ranked No. 68 nationally by 247Sports.com. In his senior season, he averaged 10.1 points per game, shooting 56 percent as Greensboro Day was 31-5 and advanced to the North Carolina Independent Schools Association state semifinals.

Hayes was named HSXtra.com All-Area private/charter schools’ player of the year and NCISAA Class 4-1 All-State member. The school was 30-5 in his junior season, winning the NCISAA State Championship as he averaged 10.1 points, 3.9 assists and 1.5 steals per game.