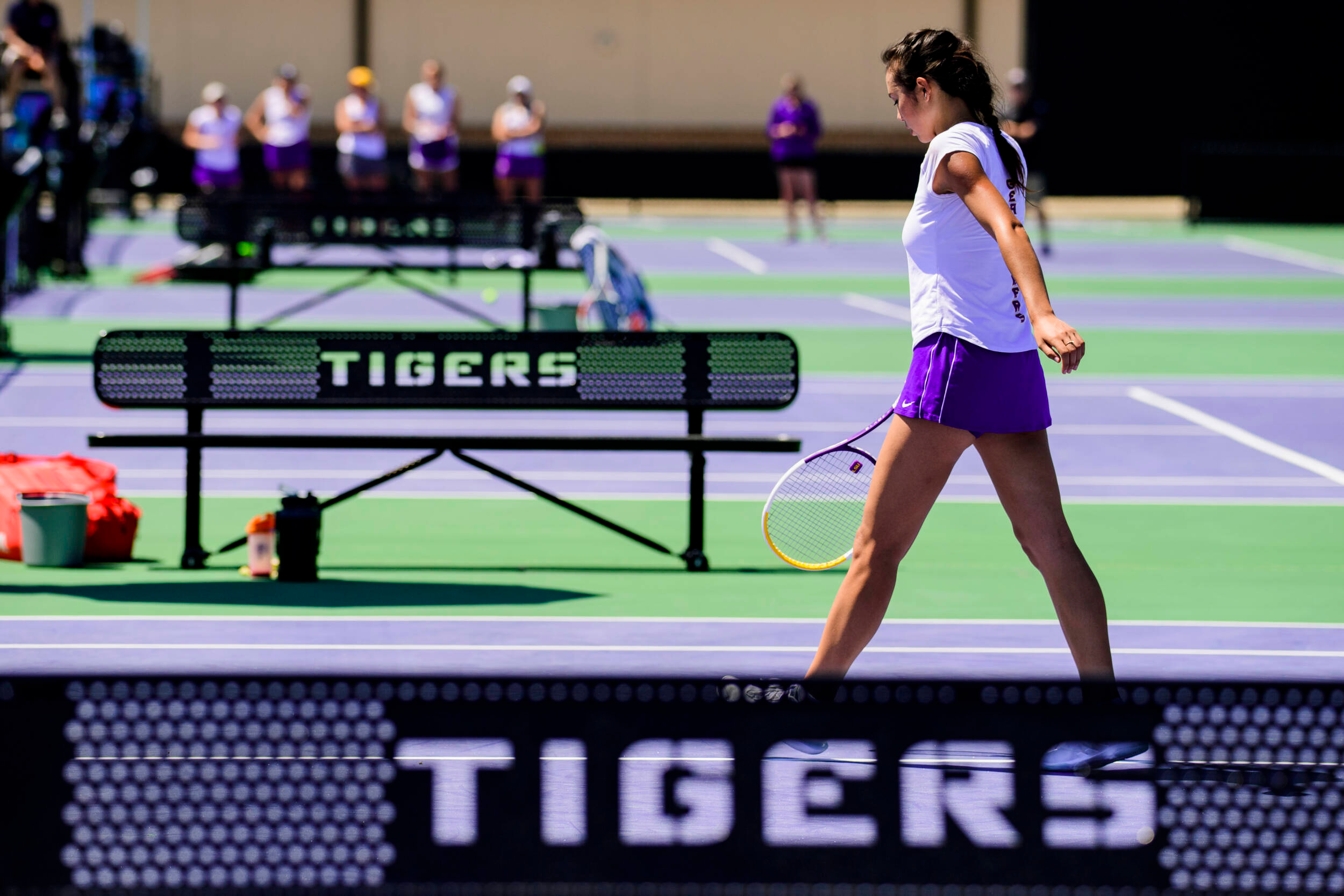 Vs. Missouri
LSU boasts a perfect 9-0 record against Missouri in the series history. When the teams met last season at the LSU Tennis Complex, LSU won the Battle of the Tigers by a score of 4-1.

Missouri enters the match with a 7-17 record, 2-9 in SEC play. Last weekend, Missouri fell at Ole Miss by a score of 6-1 before bouncing back with a 4-3 win at Mississippi State on Sunday afternoon.

Vs. Arkansas
The Tigers hold a slim 23-19 lead in the series history, including wins in the last three straight. When the teams met at the LSU Tennis Complex last season, it was a 4-0 sweep to the hosting Tigers.

Veteran Tatum Rice leads the Razorbacks at the No. 1 singles spot as she boasts a 10-7 record in dual matches this season and has six ranked wins to her name alongside an ITA singles ranking of No. 99. In doubles, Rice partners with Morgan Cross and has enjoyed a strong season with an 18-7 record when playing together and a current ITA doubles ranking of No. 43.

Tiger Tidbits
The Tigers enter the final weekend of the regular season with a 4-12 overall record, 3-8 in SEC play. The Tigers played one match last weekend, a 7-0 defeat to then-No. 5 Texas A&M.