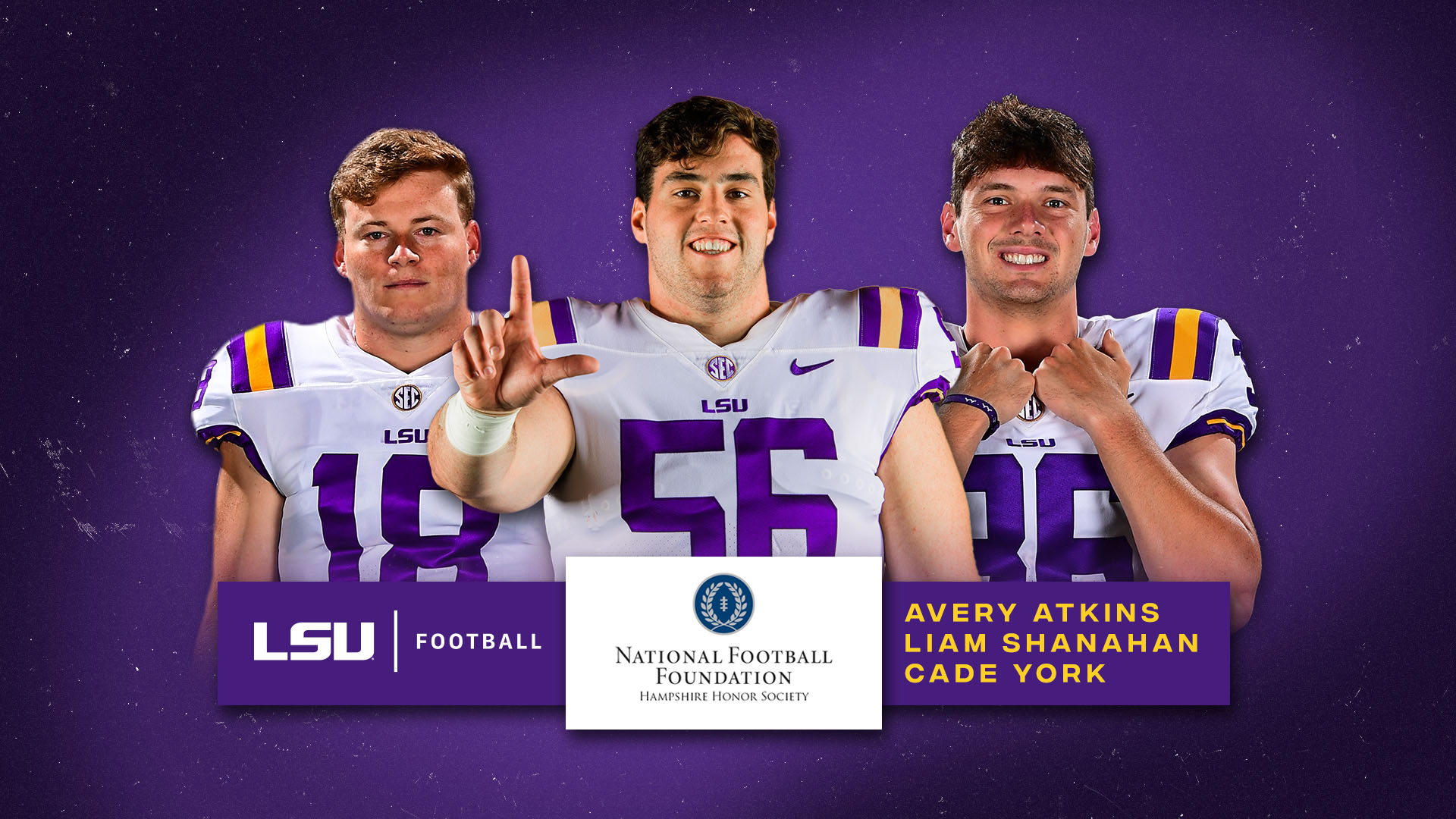 The NFF Hampshire Honor Society recognizes those football players who maintained a cumulative grade point average of 3.2 or better during their playing career. In order to be selected for the Honor Society, players must have completed their final year of eligibility in the fall of 2021.

“As the National Football Foundation celebrates its 75th anniversary in 2022, we are pleased to honor another impressive group of athletes as part of this year’s Hampshire Honor Society,” said NFF President & CEO Steve Hatchell. “Over the last 16 years, the Hampshire Honor Society has served as a powerful vehicle for schools to recognize their college football players who have distinguished themselves both academically and athletically, and we congratulate the schools and each of these young men for their commitment to excellence in all aspects of their lives.”
Overall, 1,559 players across all NCAA football divisions were named to the 2022 honor society, which is now in its 16th year. The 1,559 honorees are the second most in a single year during the program’s history. The initiative has now honored 14,640 student-athletes since its inception.
Atkins, a four-time member of the SEC Academic Honor Roll, wrapped up his LSU career as the school record holder in every kickoff category. A four-year starter as LSU’s kickoff specialist, Atkins holds the school record for number of kickoffs (334), kickoff yardage (21,140) and touchbacks (281). As a senior in 2021, Atkins served as LSU’s punter, averaging 42.6 yards on 62 punts.

Atkins graduated in May of 2021 with a degree in kinesiology with plans to attend medical school.

Shanahan, a two-year starter at center for the Tigers, capped his collegiate career with an undergraduate degree from Harvard and a Master’s of Business Administration from LSU. Shanahan played every offensive snap in 2020 and didn’t miss a play in SEC games as a senior in 2021.

York, a 2020 second team All-America and the LSU record holder for longest field goal and most 50-yard field goals in a career, served as the starting kicker for the Tigers for three years. His 57-yard field goal in the fog to beat Florida in Gainesville in 2020 is the longest kick in school history. He finished his career ranked No. 2 in LSU history in field goals with 54. He kicked 15 field goals of at least 50 yards, also a school record. York earned SEC Academic Honor Roll status three times during his career.

The student-athletes were nominated by their respective schools and must have met the following criteria to be considered:

• Completed their final year of playing eligibility in Fall 2021;
◦ Graduated players, who have remaining eligibility but will not return to collegiate play (e.g. declared for NFL Draft or retired from football), may also be nominated.
• Attained a minimum undergraduate cumulative GPA of 3.2 (4.0 scale);
• Met all NCAA/NAIA-mandated progress towards degree requirements; and
• Been starters or significant contributors throughout the 2021 season.