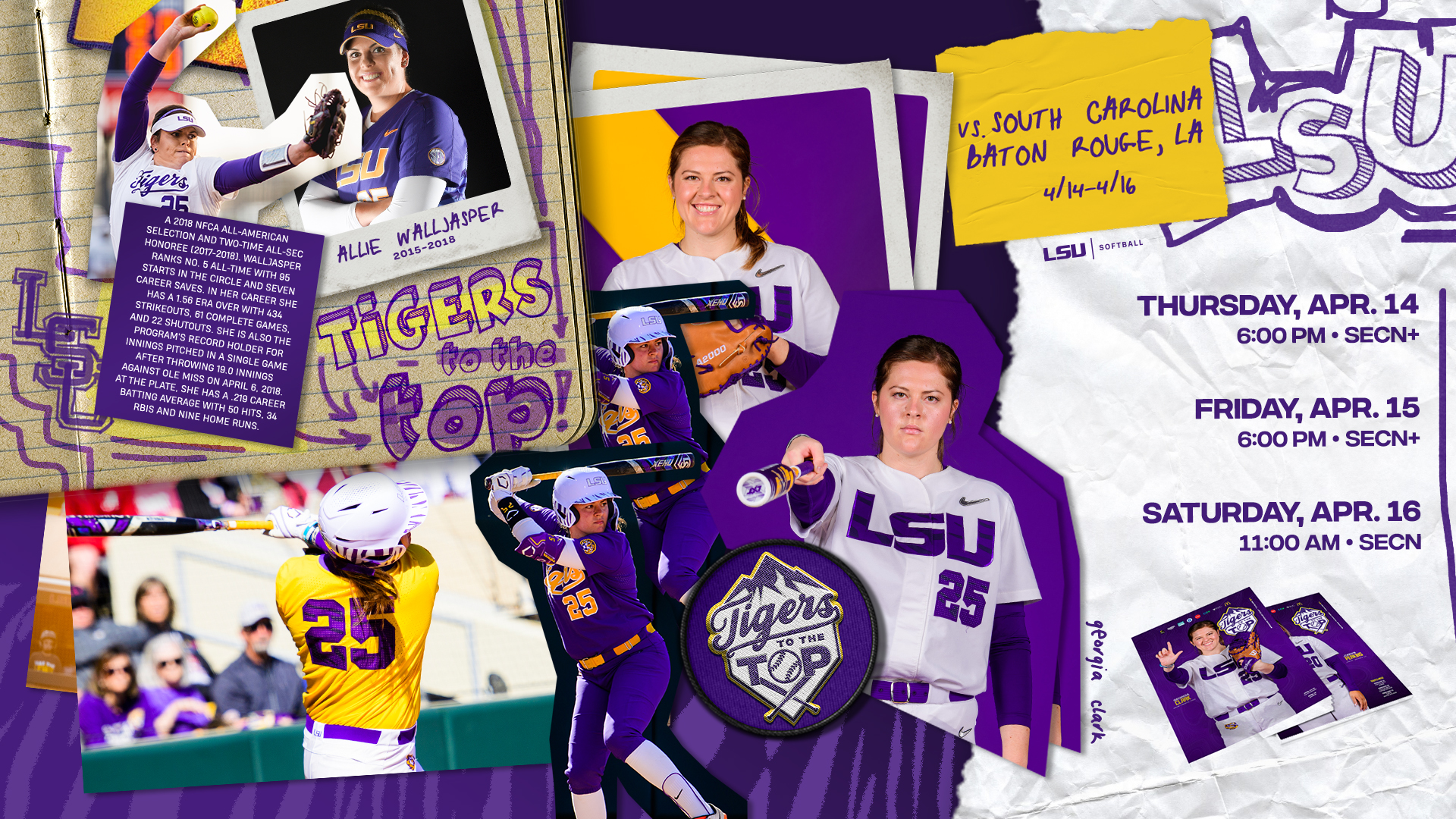 Thursday and Friday’s games will be at 6 p.m. CT and will air on SECN+ with Lyn Rollins and Yvette Girouard on the call. Saturday’s first pitch is scheduled for 11 a.m. CT and will be televised on SEC Network with Kayla Braud and Alex Perlman calling the action. Patrick Wright – the voice of LSU softball – will call each game on the LSU Sports Radio Network on 107.3 FM in the Baton Rouge area.

The Tigers are coming off a 2-1 series win over Texas A&M. Sophomore Taylor Pleasants led LSU with a .545 batting average and a 1.273 slugging percentage behind six extra-base hits, including five doubles and one home run. Junior Ali Kilponen earned both wins in the circle last weekend and finished with a 2.42 ERA with 12 strikeouts and allowed just three runs in 8.2 innings pitched.

Sophomore and leadoff hitter Danieca Coffey leads LSU with a .398 batting average, 51 hits (No. 3 in SEC), and eight stolen bases. Sophomore Ciara Briggs is behind her with a .380 batting average and ranks No. 6 and No. 8 in the SEC with 49 hits and 38 runs scored, respectively. Pleasants has a .325 batting average and leads the team with 19 extra-base hits, including a team-high 11 doubles. Pleasants leads the Tigers with a .410 average in SEC games only. Junior Georgia Clark (.282) and senior Shelbi Sunseri (.260) pace the team with 11 home runs each. Clark ranks No. 2 in the SEC with 45 RBIs, and Sunseri ranks No. 3 all-time in the program’s record book with 44 career home runs.

LSU leads South Carolina 47-18 in the all-time series. The Tigers are 4-1 in the last five meetings against the Gamecocks including a 7-3 victory last season in the SEC Tournament. LSU won the last series between the two clubs 2-1 in 2019.

Sophomore Riley Blampied leads the Gamecocks with a .341 batting average with 43 hits, including a conference best 12 doubles, to go along with 24 RBIs and four home runs. Three other batters hit over .300 for South Carolina in sophomore Carlie Henderson (.314), senior Jordan Fabian (.311), and sophomore Maddie Gallagher (.306). Senior Katie Prebble (.273) leads the team with 37 RBIs and 12 home runs in addition to a .641 slugging percentage. In the circle, sophomore Leah Powell (5-4) leads South Carolina with 81.1 innings pitched. In 13 appearances, Powell has 41 strikeouts and a 3.27 ERA. Junior Bailey Betenbaugh (5-4) leads the staff with 68 strikeouts and has a 3.32 ERA while holding opposing batters to aa .197 average in 71.2 innings pitched.

Next for LSU is a 6 p.m. midweek game at McNeese on Tuesday, April 19 before a three-game road series at Georgia April 22-24.