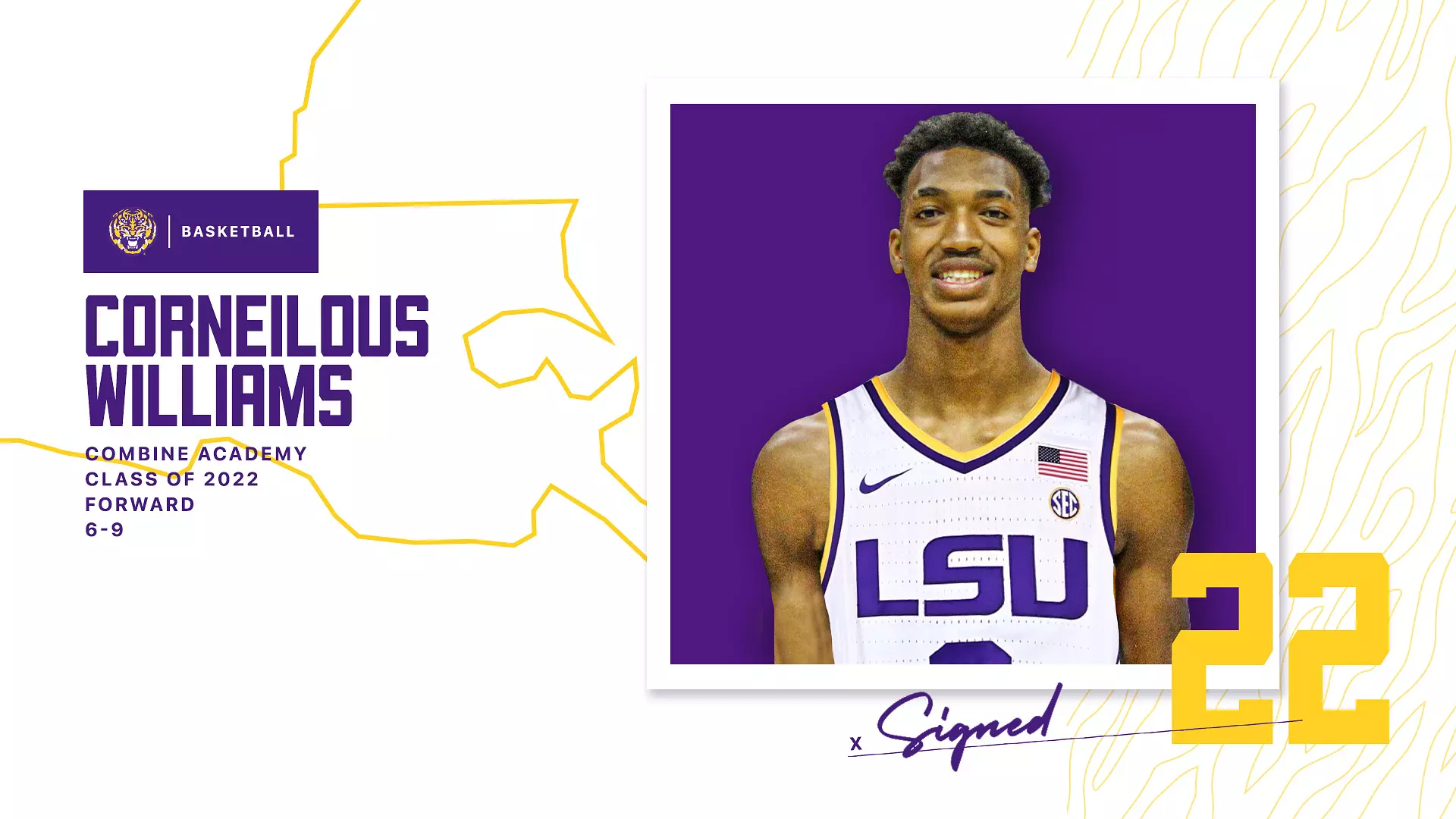 Williams, a 6-9 forward, was a key piece this past season for Combine Academy in Lincolnton, North Carolina, one of the top grad programs in the country under Coach Steve Jecewiz.

In the NTL Prep Showcase, Williams in two games averaged 18.5 points, 9.5 rebounds and 1.0 blocks per game while shooting 66 percent from the field.

For the season at Combine Academy he averaged 13.2 points, 8.8 rebounds, while shooting 65 percent from the field. He was MVP at the DME Beach, and the Ball Classic.

He was also a first-team All-Tournament selection at the Big Shots Prep Nationals event.

“Corneilous is a long and athletic forward with excellent defensive instincts. He protects the rim with his ability to block and alter shots,” said Coach McMahon. “Offensively, he runs the floor extremely well and does an outstanding job of finishing plays in traffic. We love his character and work ethic, along with his motor, energy, and versatility on the court. We are excited to officially welcome him to the LSU family today.”

Williams was originally a fall signee for Murray State, but opted to join Coach McMahon at LSU for the 2022-23 season.