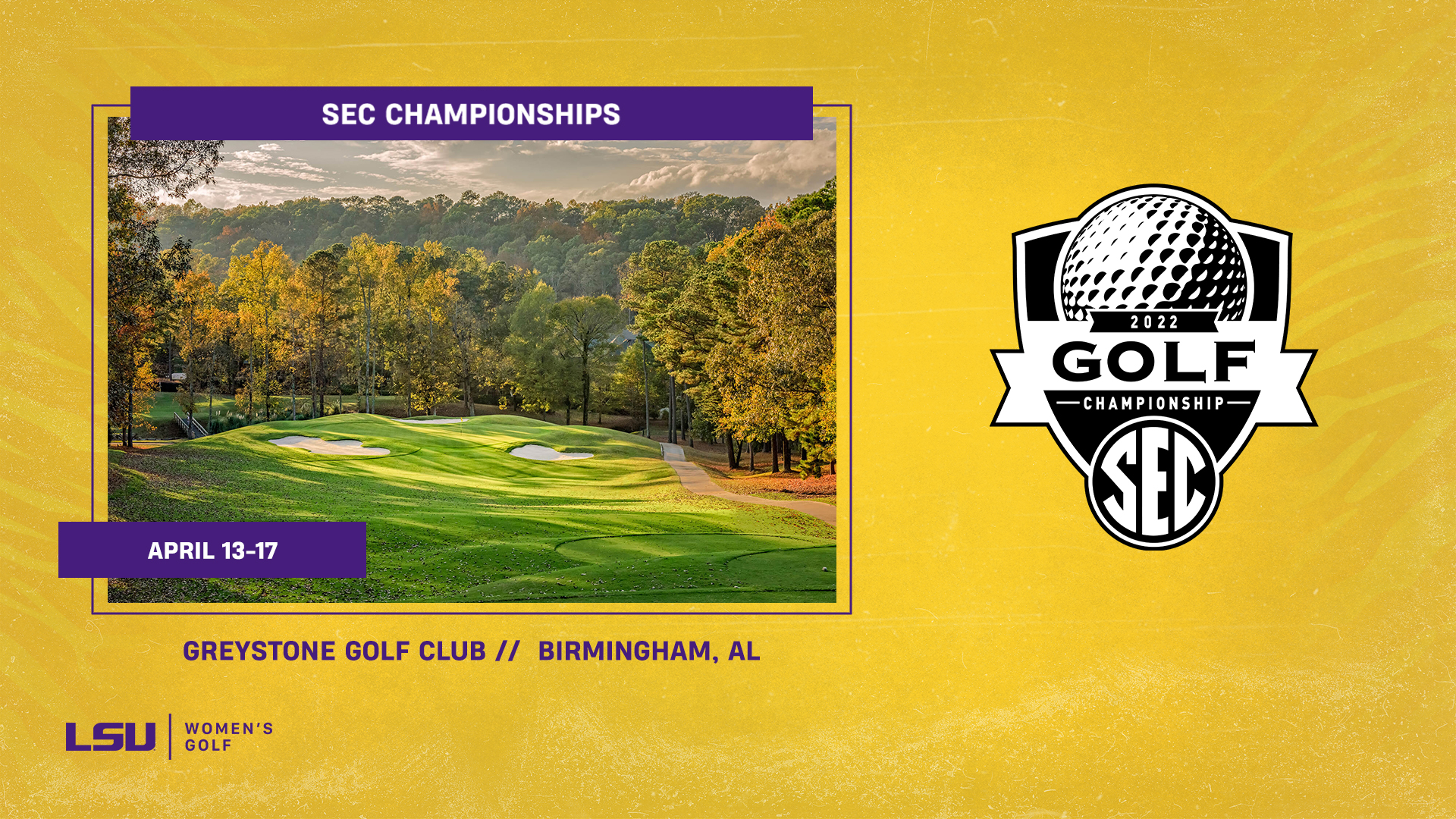 The five-day event features 54 holes of stroke play and then potentially three rounds of match play to win the league championship.

All 14 teams will be taking part in the event with five teams ranked in the to 15 in the Golfstat performance rankings as of April 5 and another four teams ranked 16-25.

Entering the championships, South Carolina is No. 3, Alabama No. 9, Florida 10, Texas A&M 11 and LSU after its win at Clemson at the end of March, has moved up to No. 14.

The key is again to be in the top eight teams at the end of the 54 holes to advance to the match play portion of the event.

The Tigers last year in the qualifying rounds went low, posting rounds of 16-under 272 in the first round, 12-under 276 in the second round and then 18-under 270 in the final round to shoot 46-under par 818. That as of the start of 2022 was the lowest 54-hole total in women’s collegiate golf history. It earned LSU the top seed in the match play portion and LSU defeated Arkansas, 3-2, before falling in the semis to Mississippi State, 3.5-1.5.

LSU’s Ingrid Lindblad posted a school record score of 14-under par 202 to finish second in the individual competition while Latanna Stone posted a 12-under 204.

LSU will have three players back from last year’s event with juniors Lindblad and Stone and sophomore Carla Tejedo. Lindblad, who has four wins this season, is averaging 70.46, while Tejedo, with a win in the fall, is at 72.67. Stone, who has played her best golf this spring, is at 73.25. The rest of the lineup will be freshman Elsa Svensson (75.13) and senior Jessica Bailey (75.36).

“We had a good practice round,” said LSU Head Coach Garrett Runion. “They have bumped back a few of the tee boxes from where we played last year which should help us. We have a good ball-striking team and that gives us an advantage. We play tough conditions, tough golf courses better. The course is a little firmer this year.

“Ingrid, Latanna and Carla are all motivated to be back. Ingrid and Latanna played well at Augusta and the whole team played well in our last start at Clemson (a win by LSU in March). We are motivated to keep it going.”

Lindblad and Stone are coming off their impressive performances in the Augusta National Women’s Amateur when the pair shot even par 216 over two rounds at Champions Retreat and a final round at Augusta National Golf Club to finished tied for second.

LSU showed its stroke play/match play chops as well in the fall at the Jackson T. Stevens Cup in Arkansas when LSU won the top seed for the final day of match play and then defeated South Carolina, 4-1, for the championship.

LSU will tee off in the second wave off the first team with Arkansas and Texas A&M beginning at 8:50 a.m. The tournament is set for par 72 and 6,331 yards. Live scoring for the SEC Championships can be found at Golfstat.com and updates throughout the round on Twitter @LSUWomensGolf.