LSU Beach Volleyball Stays Ranked at No. 5 in AVCA Poll 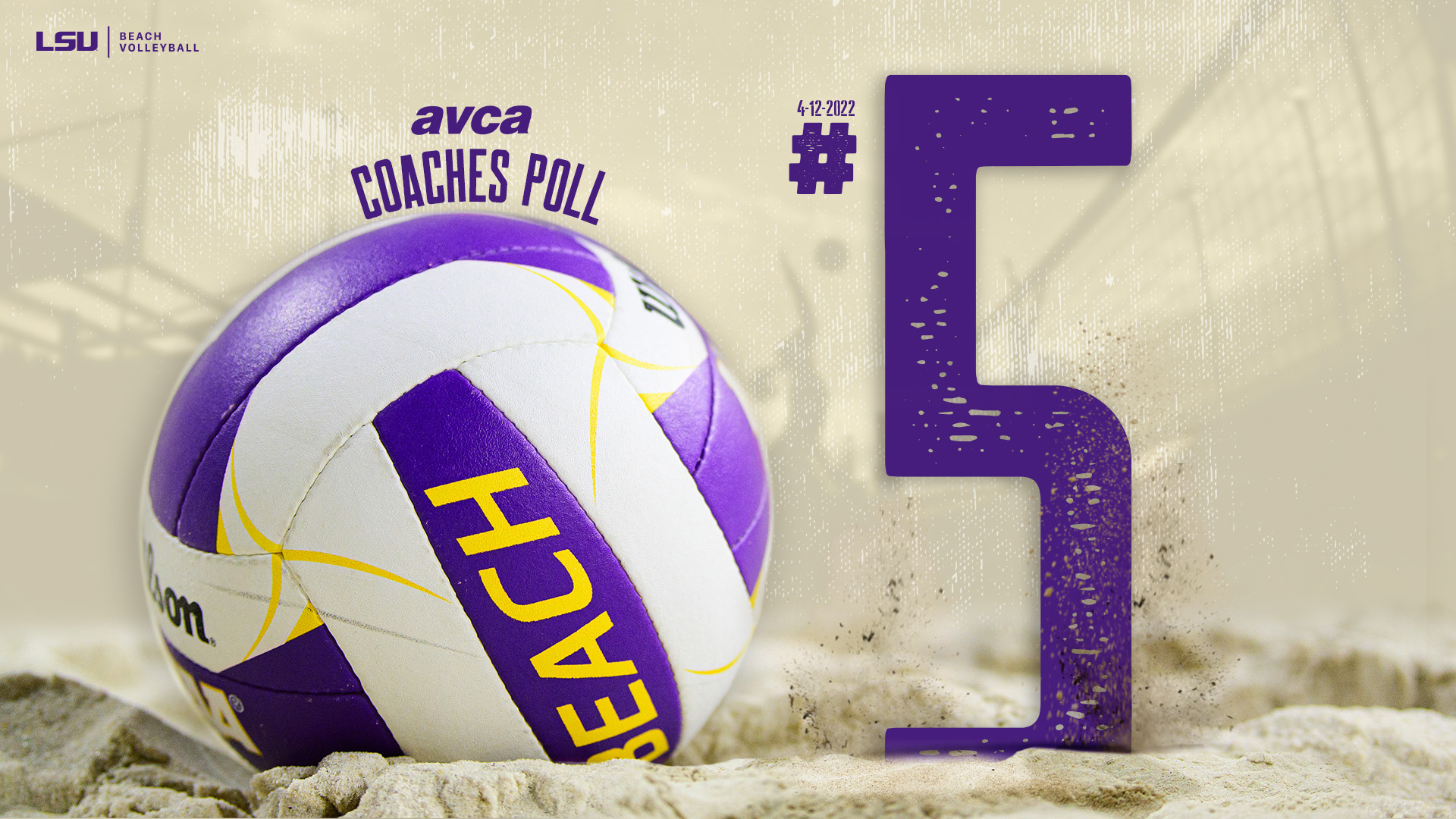 BATON ROUGE- The LSU Beach Volleyball team stayed ranked at No. 5 in the AVCA Poll released on Tuesday.

The Tigers are coming off competing in the Unconquered Invitational hosted by Florida State in Tallahassee. While there, No. 5 LSU picked up wins against No. 15 FIU and No. 19 Stetson.

LSU hosts the Battle on the Bayou tournament on Friday and Saturday at LSU Beach Volleyball Stadium. The Tigers will face Nicholls and UNO on Friday and Central Arkansas and Southeastern on Saturday. The tournament will also mark Senior Weekend for seven Tigers who will be honored at the conclusion of the final match on Saturday evening.