Play Suspended in Round Two at Mossy Oak Collegiate 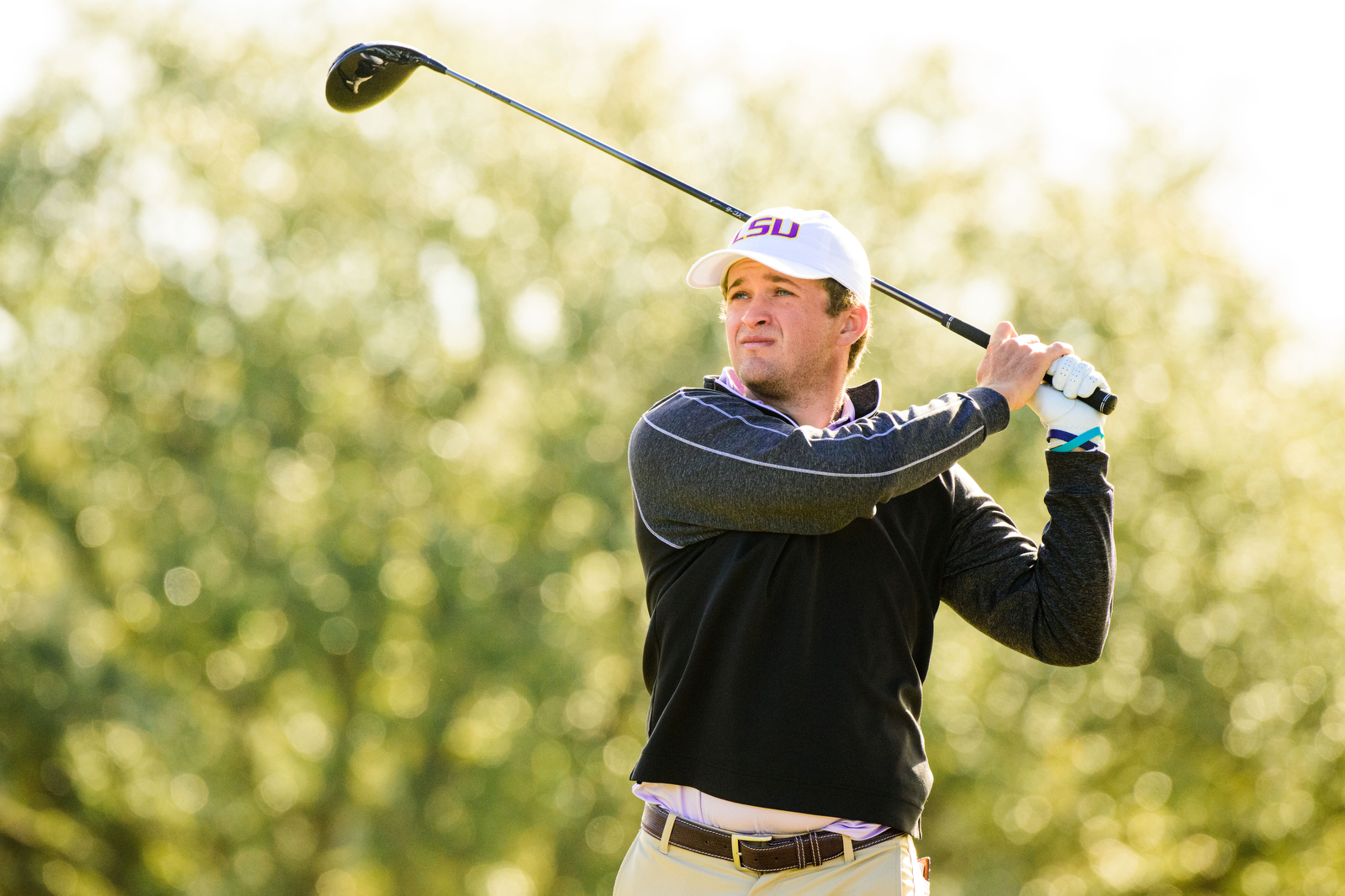 West Point, Miss. – A late start to the day due to early morning lightning at the Mossy Oak Golf Club saw the second round of play suspended due to darkness at the Mossy Oak Collegiate on Monday evening. All five members of the LSU men’s golf team will complete their second rounds tomorrow morning before third round play begins. As a team, LSU currently sits in third place at 5-under par, 11 strokes behind No. 3 Vanderbilt.

Round One
Garrett Barber shot the best of the starting five in round one as he scored a 3-under 69 that finished the round as the fourth lowest score in a field of 100 players. Trailing Barber was Drew Doyle and Michael Sanders, who both shot 1-over 73s. Cohen Trolio was the final score counted to the team with a 2-over 74 while Nicholas Arcement only finished one stroke behind with a 3-over 75. As a team, LSU finished the first round at 1-over 289.

Current Standings
Garrett Barber is currently at three under for the tournament and in a seven-way tie for 4th place. Arcement (-1/T13th) and Sanders (even par/T20th) are both currently in the top 20 of the tournament. Doyle and Trolio are currently tied for 30th.

Up Next
The Tigers will return to the course at 8 a.m. CT tomorrow morning to finish the final few holes of their second rounds before competing in the same shotgun start and pairings immediately after for round three.