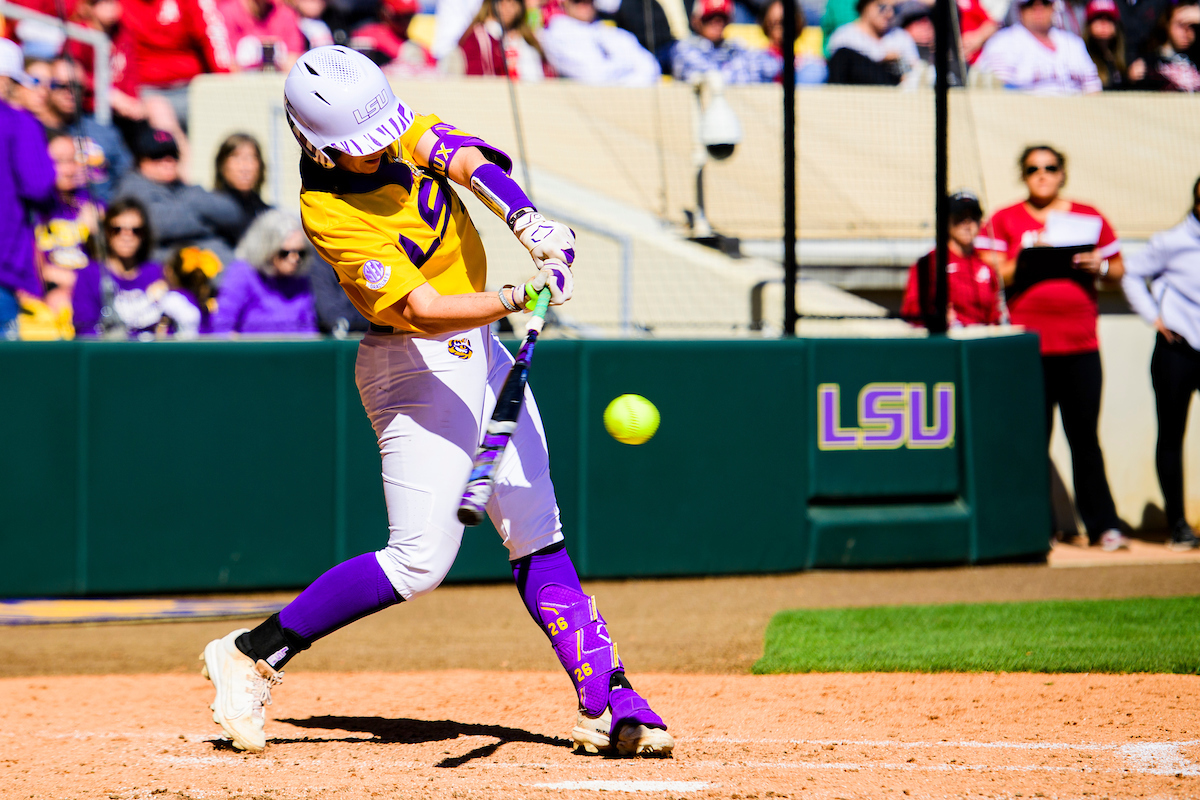 A pair of dingers that drove in four total runs was the difference in the series finale as Texas A&M avoided being swept by LSU.

Sophomore Taylor Pleasants led the team with a pair of extra base hits, including her fifth double of the weekend and seventh home run of the season to go along with two RBIs. Sophomore Danieca Coffey logged one hit and an RBI, and junior Morgan Cummins recorded an RBI in the setback. Senior Shelbi Sunseri and junior Georgia Clark both registered a double in the game.

Freshman Raelin Chaffin was tagged with the loss, bringing her record to 4-2 after striking out two batters and giving up eight hits and four runs in 3.0 innings. Junior Shelby Wickersham finished with one strikeout and allowed three hits, one run, and one walk in 3.0 innings of relief.

Texas A&M opened the scoring with a leadoff home run in the first inning, but LSU responded in the second with an RBI sacrifice bunt from Cummins, and an RBI sacrifice fly from Coffey, giving the Tigers a 2-1 advantage through two frames.

After a scoreless third inning for both clubs, the Aggies scored four runs in the fourth highlighted by a three-run homer that put TAMU ahead 4-2 and forced a Tigers’ pitching change. Wickersham came in and recorded all three outs, but not before A&M scored one more run to lead 5-2 after four innings of play.

In the top of the seventh inning, freshman Sydnee Peterson drew a walk and classmate KK Madrey pinch ran for her. Madrey got into scoring position as she advanced to second base on a wild pitch. After back-to-back strikeouts, Pleasants hit a two-run shot to center field to pull the Tigers within one run, 5-4. Clark drew a base on balls to bring the go-ahead run to the plate, but a groundout ended the LSU rally.

The Tigers continue their SEC schedule with a three-game series against South Carolina April 14-16 at Tiger Park in Baton Rouge, La.