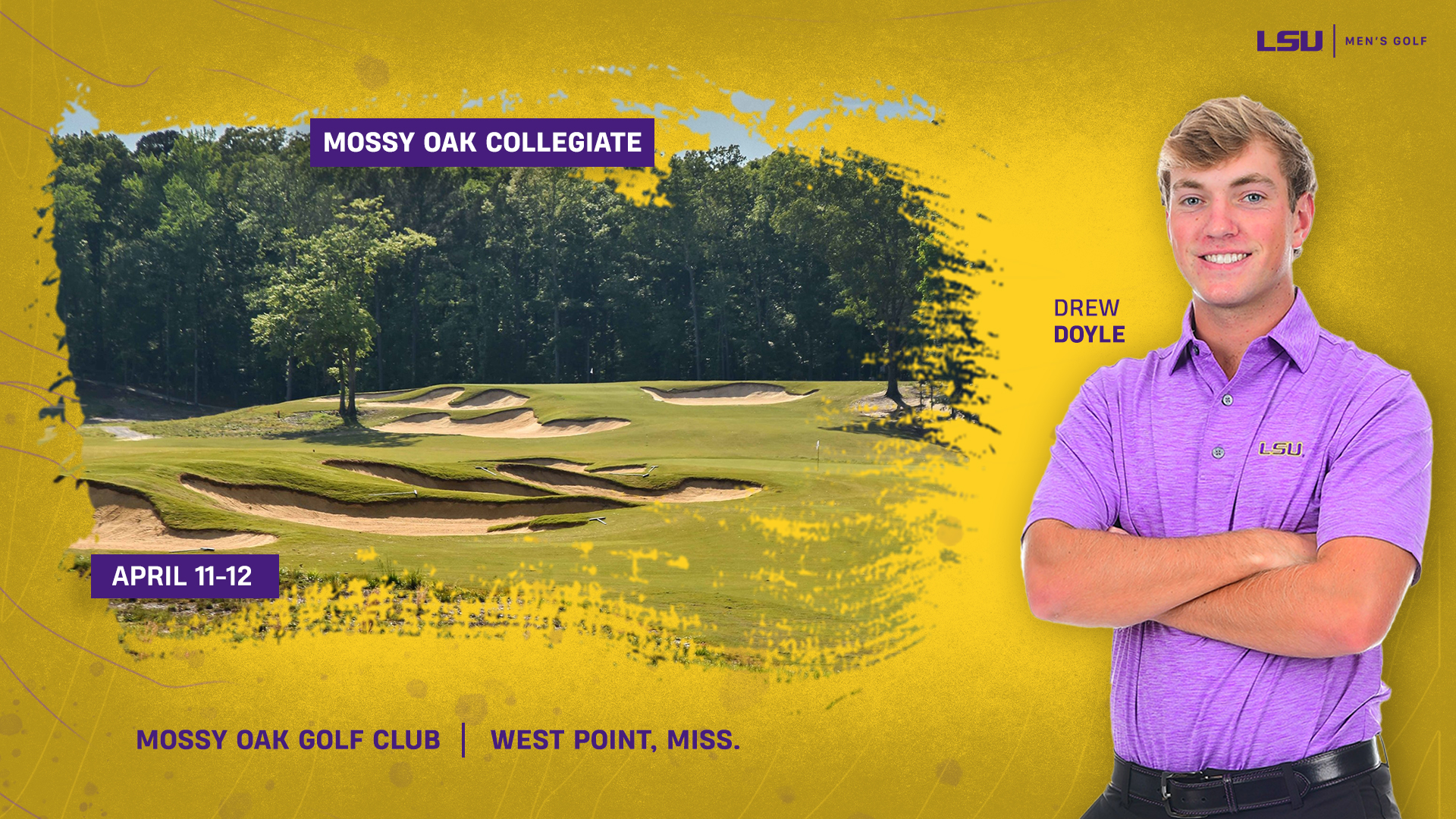 West Point, Miss. – The LSU men’s golf team will tee off for the final time in the 2021-22 regular season on Monday morning as they participate in the Mossy Oak Collegiate Invitational.

Thirty-six holes of stroke play begins with a round one shotgun start at 8 a.m. CT on Monday morning, followed by a second round of continuous play. The final round of 18 is set to be played on Tuesday morning with players teeing off from the 1st and 10th holes. The three rounds of action will take place at the par-72, 7,212 yard long Mossy Oak Golf Club.

The Lineup
LSU will run a starting five of Garrett Barber at the 1, Nicholas Arcement at 2, hometown player Cohen Trolio at the 3, Michael Sanders in the 4th spot, and round it out with Drew Doyle at the 5. LSU joins a 19-team field that includes host school Mississippi State, Arkansas State, No. 16 Auburn, Chattanooga, Florida State, Kansas State, Lipscomb, UL-Lafayette, Louisiana Tech, Memphis, Michigan, Middle Tennessee State, No. 19 Ole Miss, South Alabama, Southern Mississippi, UAB, ULM, and No. 3 Vanderbilt. LSU is paired with Auburn, Kansas State, and UAB for Monday’s shotgun rounds.

The month of March was a good one for LSU as they saw individual and team success in three tournaments. The Tigers claimed their second team victory of the year to open the month after shooting a 37-under 827 to win the San Diego Classic by nine strokes as a team. The San Diego Classic also saw success in the individual competition as Nicholas Arcement claimed medalist honors after finishing atop the field with a 13-under 203. The Tigers followed their success at the San Diego Classic with a 35-under 829, 2nd place finish at the Louisiana Classics held by UL-Lafayette. Individually, Garrett Barber placed 2nd with a 12-under 204 and Michael Sanders finished tied for 5th place with a 10-under 206 to secure a spot on the all-tournament team.

Last time out, LSU finished 7th out of 15 teams with an 18-over 882 team score after a tournament of tough conditions at The Hayt in Florida. Individual success came for Drew Doyle as he secured the first medalist honor of his collegiate career after finishing at 6-under 210 alongside North Florida’s Nick Gabrelcik. Doyle became the third Tiger to win medalist honors on the season and was recognized as the SEC Player of the Week for his strong performance.