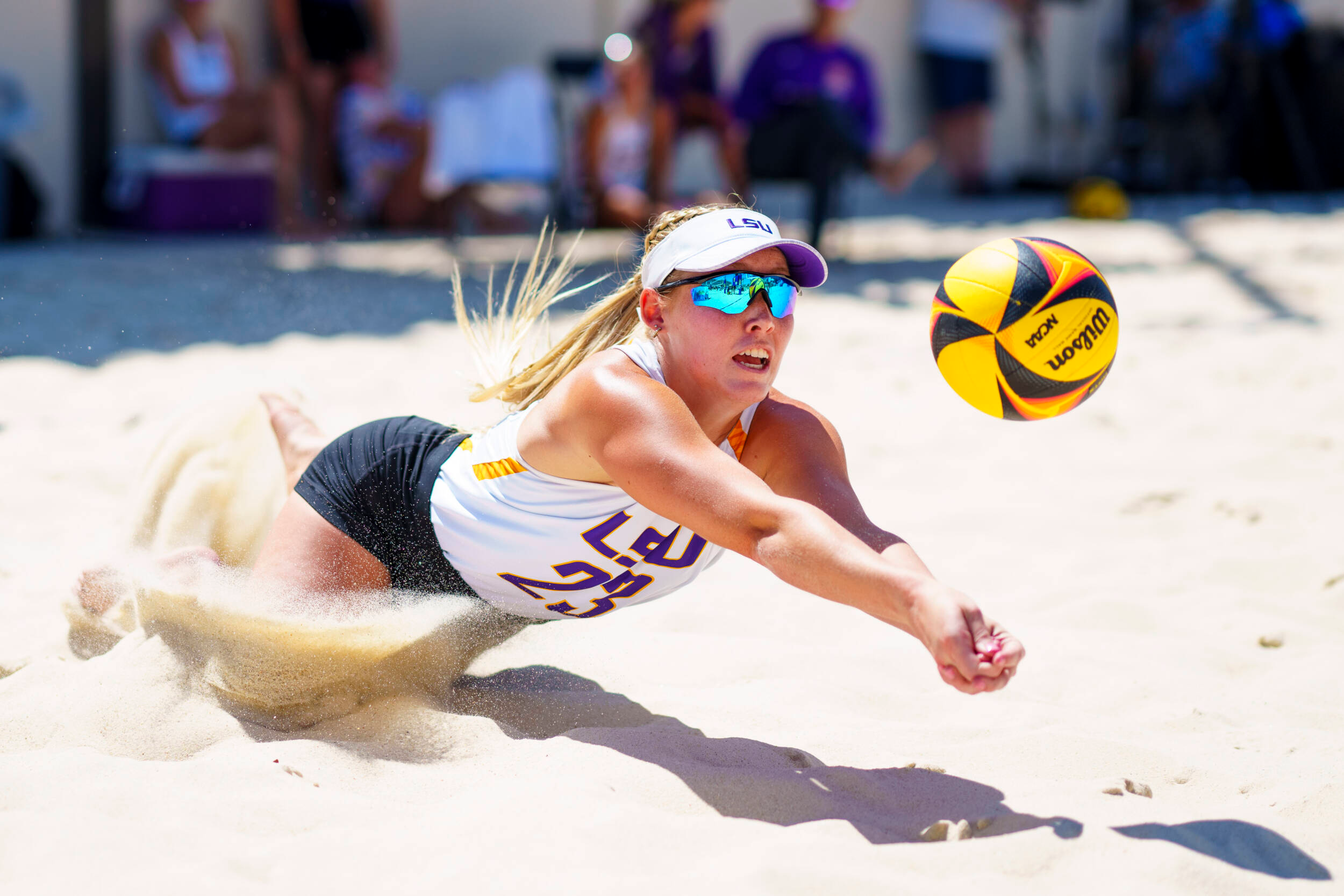 TALLAHASSEE, Fla. – The fifth-ranked Tigers split matches on Sunday with a 4-1 win over No. 19 Stetson Saturday morning and a 3-2 loss against No. 2 TCU to close out the weekend at Florida State’s Unconquered Invitational.

“We took a huge step in the right direction,” said head coach Russell Brock. “You don’t want to make those steps as losses happen, but we’ll take them at this point in the season. If you can make progress this late in the season, then you’ll take it.”

The Tigers will host the Battle on the Bayou next Friday and Saturday to close out the regular season.

In the first matchup of the day against Stetson, four courts went the distance and played all three sets. Kylie Deberg and Kelli Greene-Agnew played in the only two-setter of the dual and earned the first point of the match for the Tigers with a 21-19 and 21-13 victory on Court 2.

Stetson evened the match on Court 4 as LSU’s Grace Seits and Ellie Shank fell in three sets. After the LSU duo fell in a tightly contested opening set, 24-22, Seits and Shank dominated the second set, 21-9 to force a third. Stetson took the deciding set on Court 4 though, 15-9, to even the match at one court each.

On Court 3 Reilly Allred and Holly Carlton struggled out of the starting gate and fell 21-11 in the first set, but the LSU duo rebounded to pull out a 24-22 second set win to force a third. They trailed 13-12 in the third set but rallied to a 16-14 win to put the Tigers up 2-1 against Stetson.

LSU’s Court 1 duo of Bella Bauman Parker Bracken clinched the match for the Tigers. They fell 21-18 in the first set, but battled to a 21-17 second set win, giving them the clinching opportunity in the third. Bauman and Bracken were tied at 5 in the third set on Court 1, but promptly went on a 4-1 run, allowing them to slam the door on Stetson and close out the third set with a 15-11 win.

Playing against one of the nation’s top teams in TCU to close out the weekend, LSU needed just a couple more bounces to go its way in a tightly contested match where three courts came down to three sets.

“We played better in the second match, and it wasn’t even close,” said Coach Brock. “The energy we played with and the execution we played against a better team was really impressive to be in so many third sets against a team that’s ranked that high.”

Rasnick-Pope teamed up with Sierra Caffo on Court 5. The LSU duo fell in the first set, 21-19, but forced a third set after taking the second, 21-15. They were tied at 12 in the deciding set and scored three straight points to win, 15-12, and lessen TCU’s match lead to 2-1. In the process, Rasnick-Pope became the eighth player in program history with 70 career wins.

On Court 2, Deberg and Greene-Agnew battled to force a third set after falling in the opening set, 21-17. In the second set the LSU duo edged TCU, 22-20. Deberg and Green-Agnew trailed in the third set, 13-12, but fought to ultimately tie it up at 15. The pairs traded points until the LSU duo earned the win with a 21-19 third set win to even the overall match at two courts for each team.