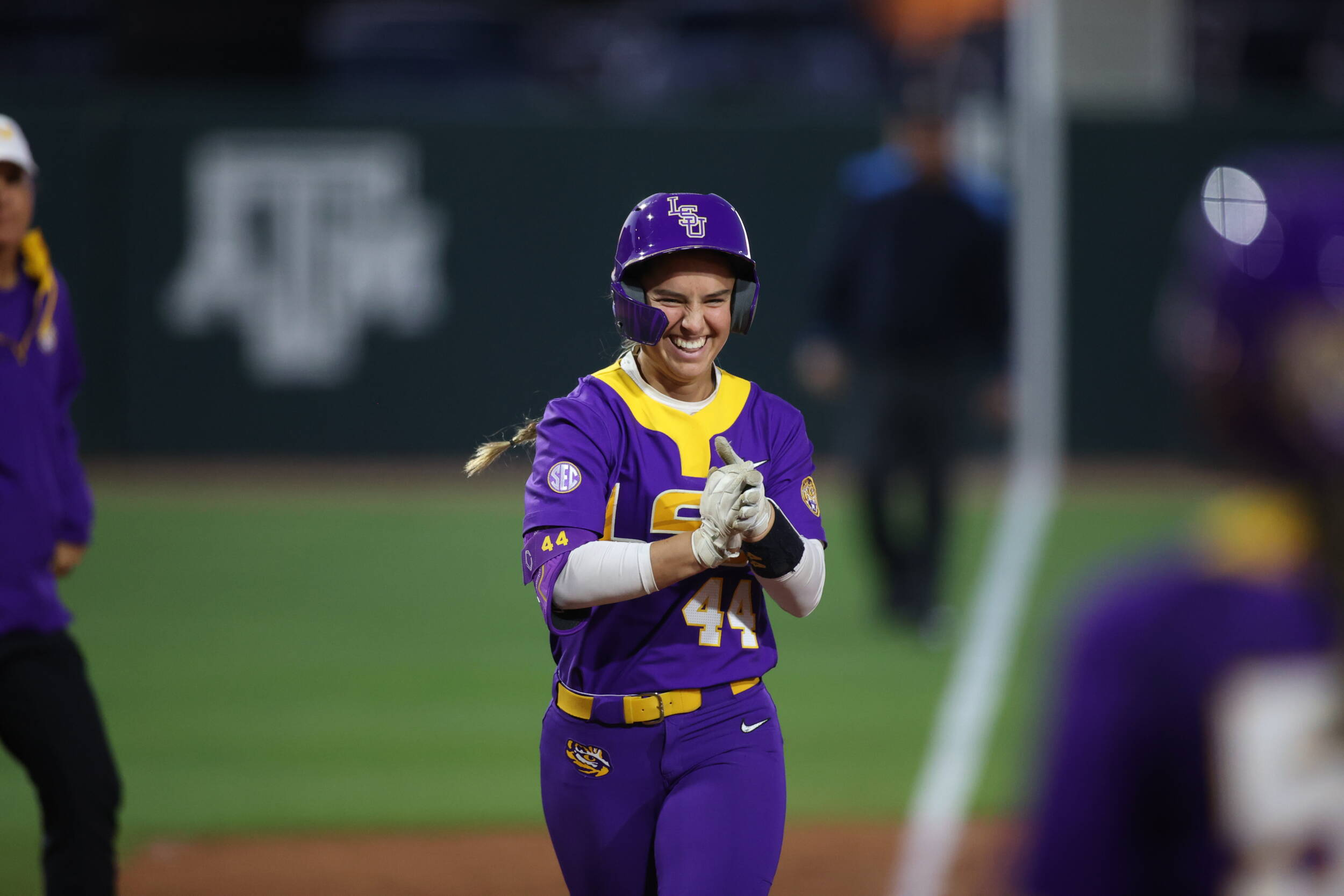 The Tigers snapped their four-game losing streak with a two run three-hit seventh inning highlighted by sophomore Ali Newland’s fifth home run of the season. Junior Jordyn Perkins had one hit and an RBI, while sophomores Raeleen Gutierrez and Taylor Pleasants, and freshman Sydney Peterson each had one hit.

Junior Shelby Wickersham started the game in the circle and struck out two batters and gave up two hits, one walk and one run in 3.1 innings pitched. Junior Ali Kilponen (12-4) relieved her in the fourth inning and picked up the win after registering six strikeouts and gave up two hits and one walk in 3.2 innings.

The Aggies scored the game’s first run in the second inning, but the Tigers response tarried until the seventh stanza. With one out on the board, Newland hit a solo shot to left field that tied the game 1-1. Gutierrez followed with a double that nearly left the park, and later, Perkins hit a two-out RBI single to give LSU a 2-1 lead heading into the bottom of the seventh inning.

A&M opened the bottom of the seventh with a leadoff single, but Kilponen’s sixth strikeout followed by a pair of flyouts ended the game.

Game two of the series will be at 2 p.m. CT Saturday, April 9 and will be streamed on SECN+.