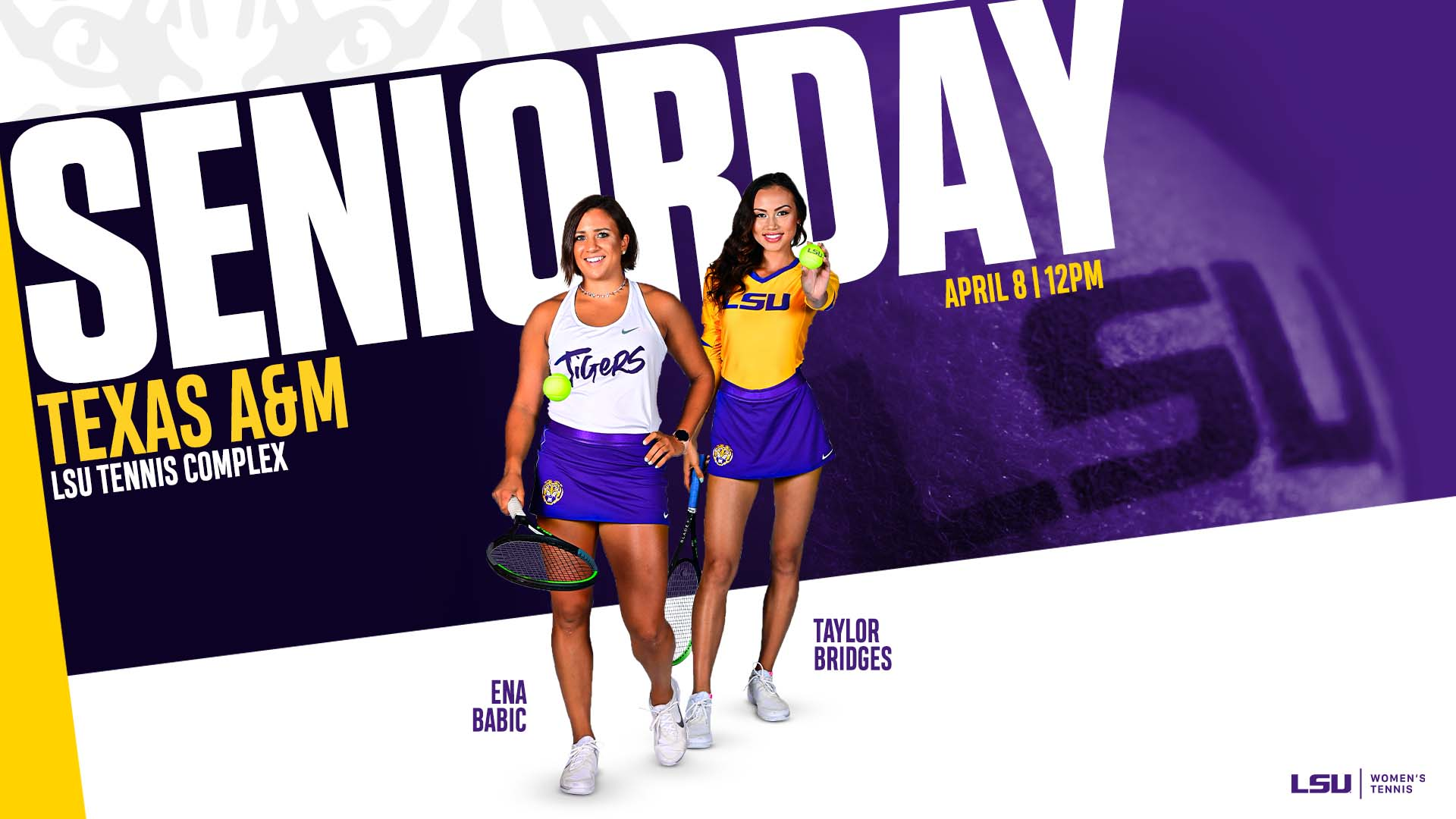 Admission to all home matches at the LSU Tennis Complex is free of charge with gates opening one hour before start time. The first 50 fans to attend Friday afternoon’s match will receive a free LSU Tennis t-shirt as well as be able to enjoy shaved ice during the match courtesy of Kona Ice. 10 minutes following the conclusion of the match, the LSU women’s tennis program will honor its two graduating seniors, Ena Babic and Taylor Bridges.

Vs. Texas A&M
In the series history, the Aggies hold a 30-16 advantage. When the two teams met last season in Bryan-College Station, Texas A&M grabbed a 4-0 sweep over the Tigers.

Texas A&M enters the match with only one loss on the season, against then-No. 4 California by a score of 4-3 at ITA National Indoors in early February. The Aggies are perfect in SEC play and enter on a 15-match winning streak. A balance of strong singles and doubles play has played a part in the Aggies tremendous success on the year.

In singles, veteran Tatiana Makarova leads the way for the Aggies with a 23-2 record playing primarily at the No. 2 spot and a ranking of No. 16 in the ITA singles rankings. Carson Branstine narrowly trails Makarova with a 12-5 record at the Aggies’ top singles spot and is ranked No. 23. The Aggies also have Mary Stoiana, ranked No. 63, and Jayci Goldsmith, No. 124.

Doubles play sees Goldsmith team up with Makarova as the duo currently boasts a 27-5 doubles record and a spot of No. 2 in the ITA doubles rankings. Branstine and Stoiana are the other ranked duo as they checked in at No. 45 with a 14-2 record on the year.

Tiger Tidbits
The Tigers enter the match with a 4-11 overall record and a 3-7 record in conference play. Last weekend, LSU narrowly fell to Alabama by a score of 4-3 on Friday night before then-No. 9 Auburn defeated LSU by a score of 6-1.