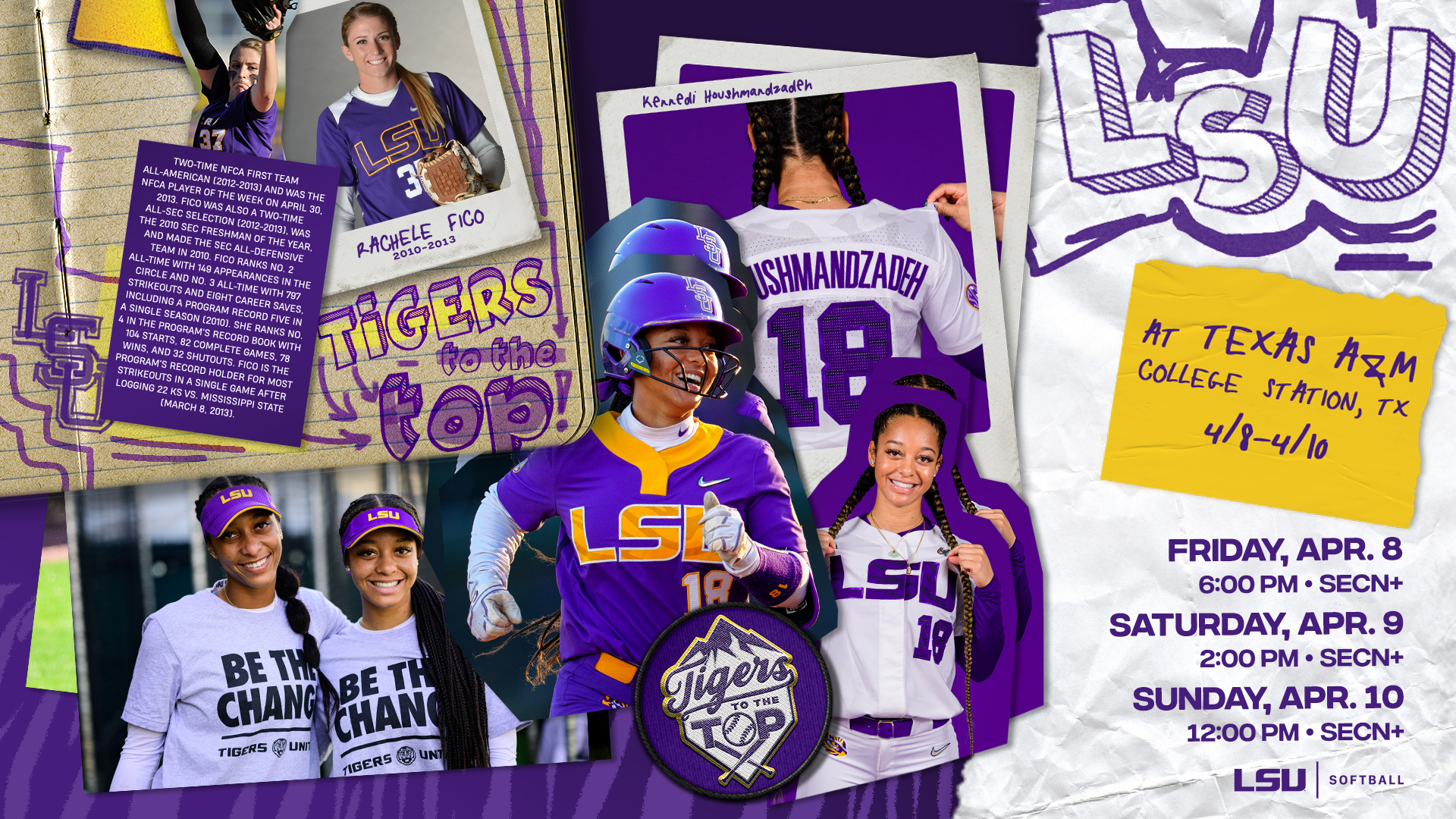 First pitch Friday will be at 6 p.m. CT, followed by Saturday’s 2 p.m. CT start. The series will conclude with a noon CT start time. All games will be streamed on SECN+ and Patrick Wright will call each game on the LSU Sports Radio Network on 107.3 FM in the Baton Rouge area.

LSU is looking to snap its four-game losing streak after suffering three losses to Kentucky last weekend. The Tigers opened conference play against three top 10 programs and have the No. 6 toughest strength of schedule and No. 26 RPI entering the weekend.

Junior Ali Kilponen is 11-4 on the rubber this season and has a 2.31 ERA with 85 strikeouts (No. 8 in SEC) in 97.0 innings pitched. Kilponen has four shutouts, one no-hitter, nine complete games, and one save this season. Senior utility player Shelbi Sunseri has a 5-6 record in the circle with a 2.55 ERA and 46 strikeouts. She also has one save and one shutout, while hitting .267 with 23 hits, 10 home runs, and 25 RBIs. Sunseri ranks No. 3 all-time with 43 career home runs as an LSU Tiger. True freshman Raelin Chaffin is 4-1 this season and has logged 34 strikeouts, walked nine batters, has two complete games and one shutout in nine appearances this season. Chaffin has a 3.05 ERA over 39.0 innings pitched.

The Aggies are on a five-game winning streak after defeating Incarnate Word in a midweek game and took three games from Abilene Christian last weekend. TAMU is 2-7 in SEC play with a pair of wins over nationally ranked opponents after a 5-0 shutout against then-No. 5 Florida March 19, and the other coming in the series finale against then-No. 17 Georgia, 16-8 on March 27. TAMU has a .302 batting average with 267 hits, and 198 RBIs. The Aggies also have a 2.79 ERA (No. 7 in SEC) and has 211 strikeouts this season.