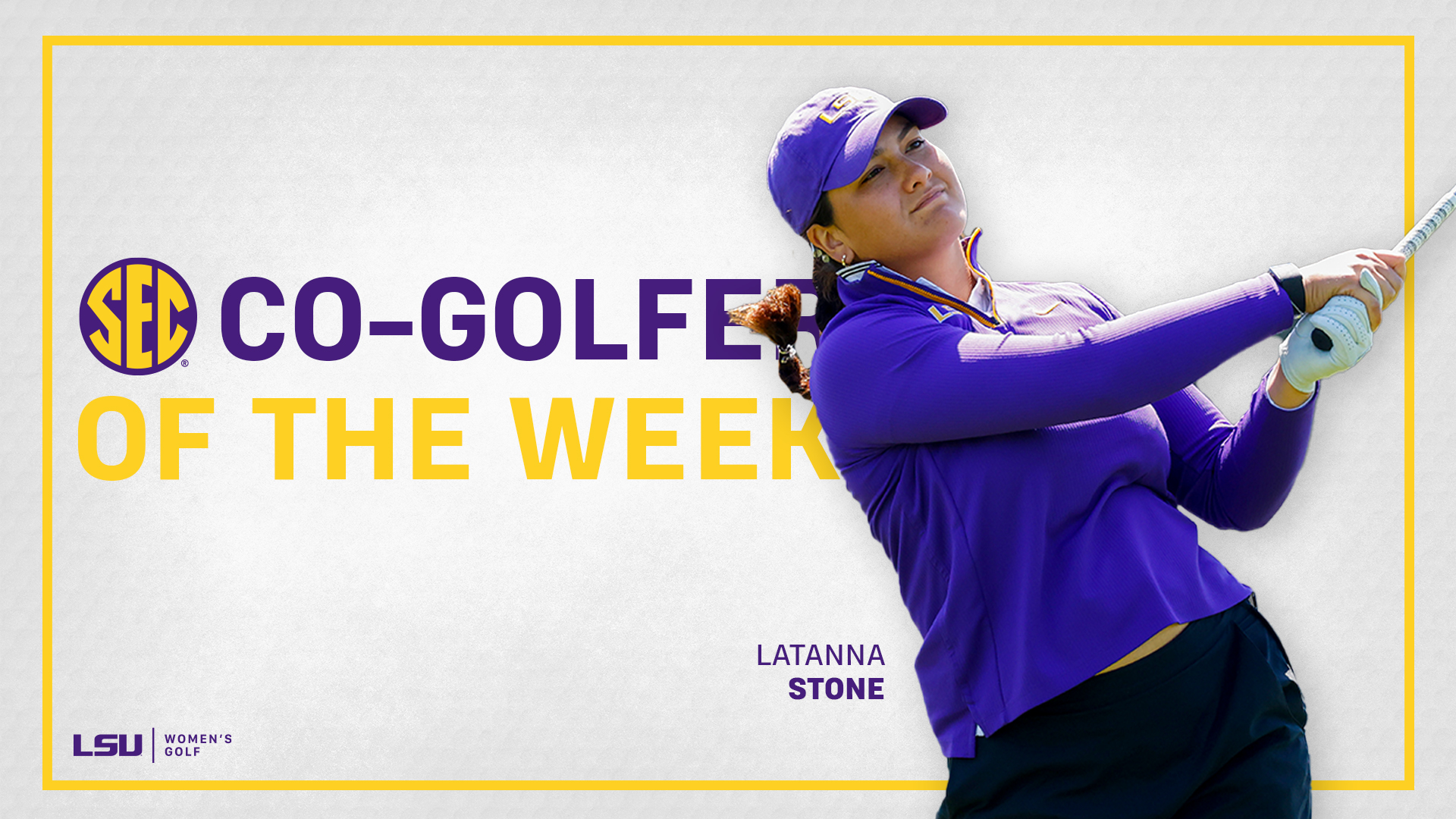 BATON ROUGE – After an outstanding first appearance in the Augusta National Women’s Amateur last week, LSU junior Latanna Stone was named a co-SEC Golfer of the Week by the league office on Thursday.

Stone posted three consecutive rounds of even par 72 over Champions Retreat and Augusta National Golf Club to finish in a tie for second with LSU teammate Ingrid Lindblad at 216.

Stone shares the weekly honor with Justine Fournand, a junior from South Carolina.

The Riverview, Florida native was tied for the lead after 36 holes at Champions Retreat, and played in the final group of the tournament at Augusta National with her round highlighted by four birdies in a five-hole stretch, including two at Amen Corner. She played the par 5s in 5-under for the tournament.

The 20-year-old Stone was playing in her second competition at the fame course as she was a 2014 Drive, Chip and Putt National Finalist.