Burns To Make Debut At The Masters 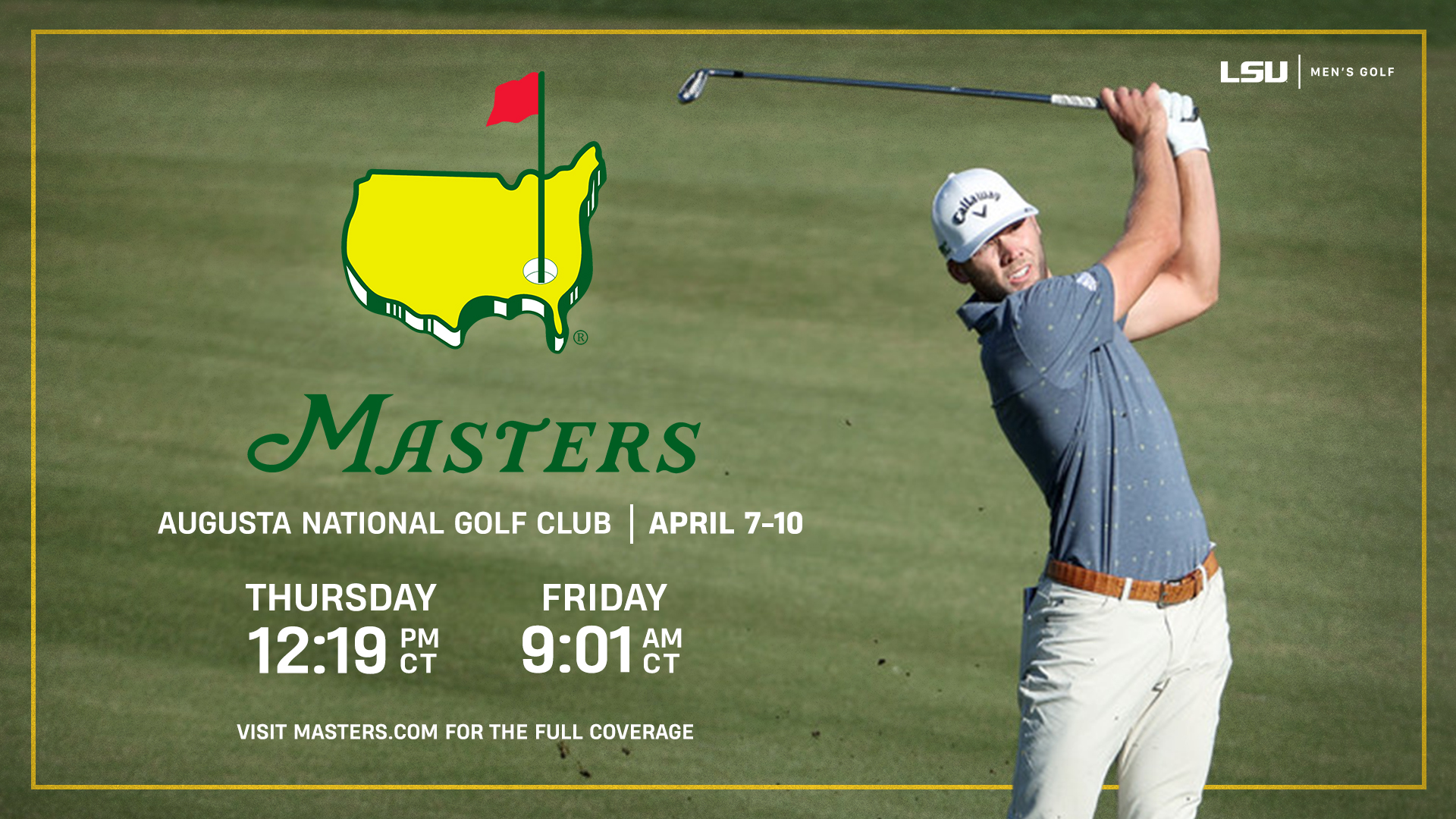 Baton Rouge, La. – Sam Burns, the former LSU men’s golfer who is currently ranked No. 11 in the Official World Golf Rankings, will make his debut at The Masters this week. He’ll tee it up at Augusta National Golf Club on Thursday and Friday with plans of advancing to weekend play.

Burns will play alongside Abraham Ancer and Tyrrell Hatton in rounds one and two on Thursday and Friday. Burns gets his tournament started at 12:19 p.m. CT on Thursday before playing at 9:01 a.m. CT on Friday morning. He’ll be one of 91 golfers on the course hoping to win the event. After 36 holes of stroke play, the field will be cut to the top 50 places, plus ties.

“I’m really excited to be here,” Burns said in a pre-event press conference on Tuesday. “This is such a special place. Obviously, just the history of this place and The Masters tournament. I’m really grateful for this opportunity.

“I came in about a month ago to kind of just see this course. I came with my dad which was special. We were both blown away by the property in general. It feels so big. It’s a moment for me I’ll never forget.”

Burns comes in as a three-time winner on the PGA Tour. He’s won the Valspar Championship twice – back-to-back winner in 2021 and 2022 – and the 2021 Sanderson Farms Championship. All three of those wins have come in the last 365 days. He’s registered seven top-10 finishes on The Tour this year and is currently ranked No. 2 in the FedEx Cup Standings for the 2021-22 season.

ESPN will provide coverage of rounds one and two on Thursday and Friday from 2-6:30 p.m. CT, while CBS will handle the weekend coverage. Fans can visit the masters.com to view the complete list of ways to watch the 2022 edition of The Masters.

Burns is in his fifth year of professional golf having been a full-time member on the PGA Tour since the 2018-19 season. He played his first tournament on the PGA Tour as a professional in October of 2017 at the Sanderson Farms Championship. Since then, he’s collected 19 top-10 finishes on The Tour and made $11,483,789 in official prize money.

Burns At LSU
Played two seasons with the Tigers before electing to turn professional following his sophomore season in the summer of 2017 … Finished his career with a 71.13 scoring average in 27 tournament appearances for the Tigers … Set LSU’s single-season scoring record with a career-low 70.05 stroke average as a sophomore in 2016-17 … The top player in college golf during his sophomore season while being named the NCAA Division I Jack Nicklaus National Player of the Year and a PING First-Team All-American by the Golf Coaches Association of America … Also named the SEC Player of the Year and a First-Team All-SEC selection in 2017 … A two-time All-American as he also earned PING Honorable Mention All-America honors as a freshman in 2015-16 … Won four tournament titles during his collegiate career … Also earned 15 top-10 and 22 top-20 finishes among his 27 tournament appearances at LSU … Winner of the 2017 Arnold Palmer Cup as a member of Team USA.