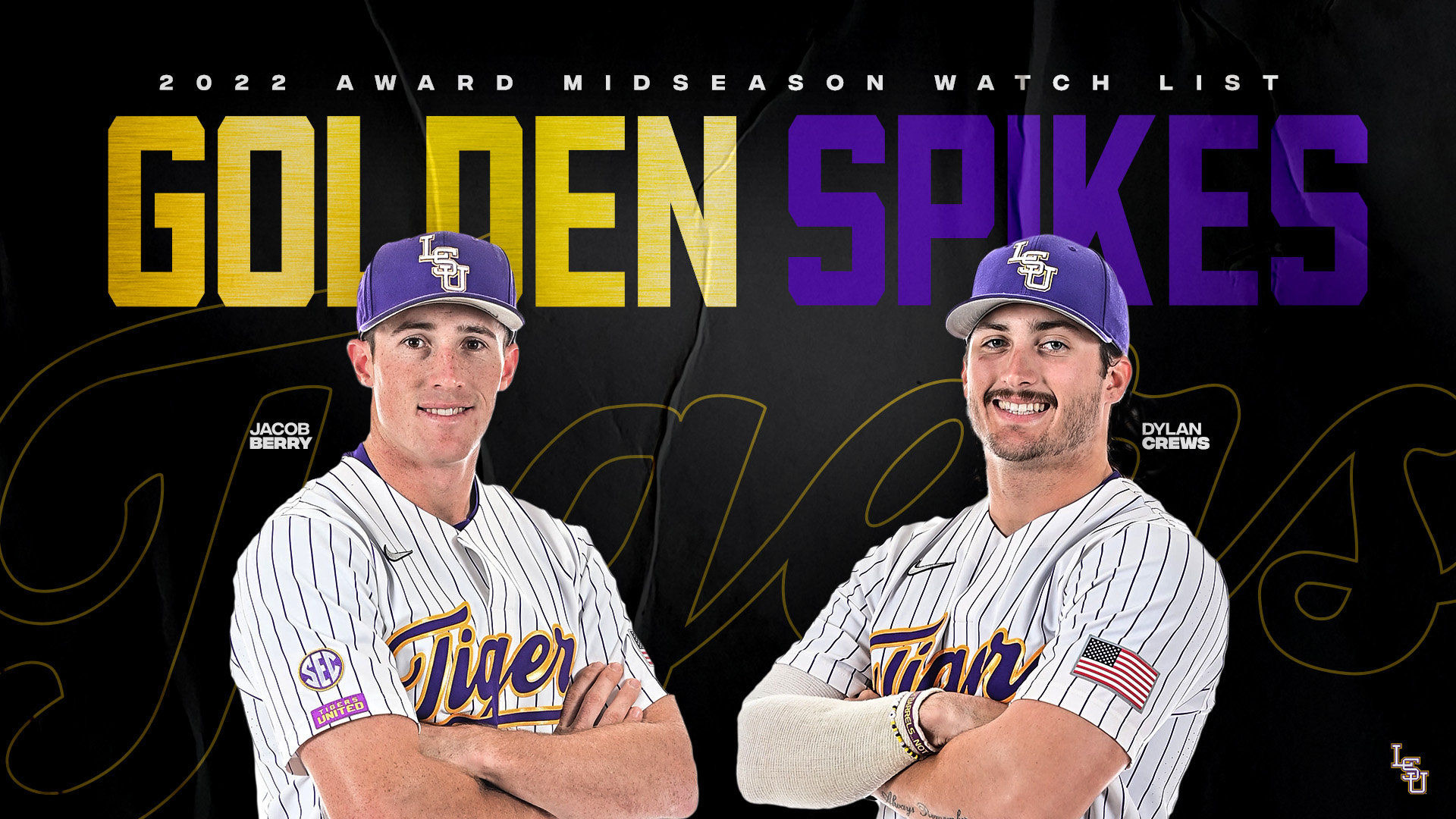 The winner of the 44th Golden Spikes Award will be announced on Friday, June 24, on ESPN.

The midseason watch list features 45 of the nation’s top amateur players from the high school and college ranks and includes 26 athletes who have played their way onto the watch list since the preseason list was announced on February 15.

The Golden Spikes Award Advisory Board will continue to maintain a rolling list of athletes, allowing players to play themselves into consideration for the award before announcing the semifinalists on May 24.

Berry was a Golden Spikes Award semifinalist in 2021, and Crews is making an appearance on the midseason watch list for the second straight year.

A product of Queen Creek, Ariz., Berry led Arizona to the 2021 College World Series, batting .352 with team highs of 17 homers and 70 RBI, and Collegiate Baseball newspaper named him the National Co-Freshman of the Year.

Fan voting will once again play a part in the Golden Spikes Award in 2022. Amateur baseball fans will be able to vote for their favorite players on GoldenSpikesAward.com, starting on May 24 with the naming of the Golden Spikes Award semifinalists. USA Baseball will announce the finalists for the award on June 8 and fan voting will open at GoldenSpikesAward.com concurrently, remaining open through June 12.