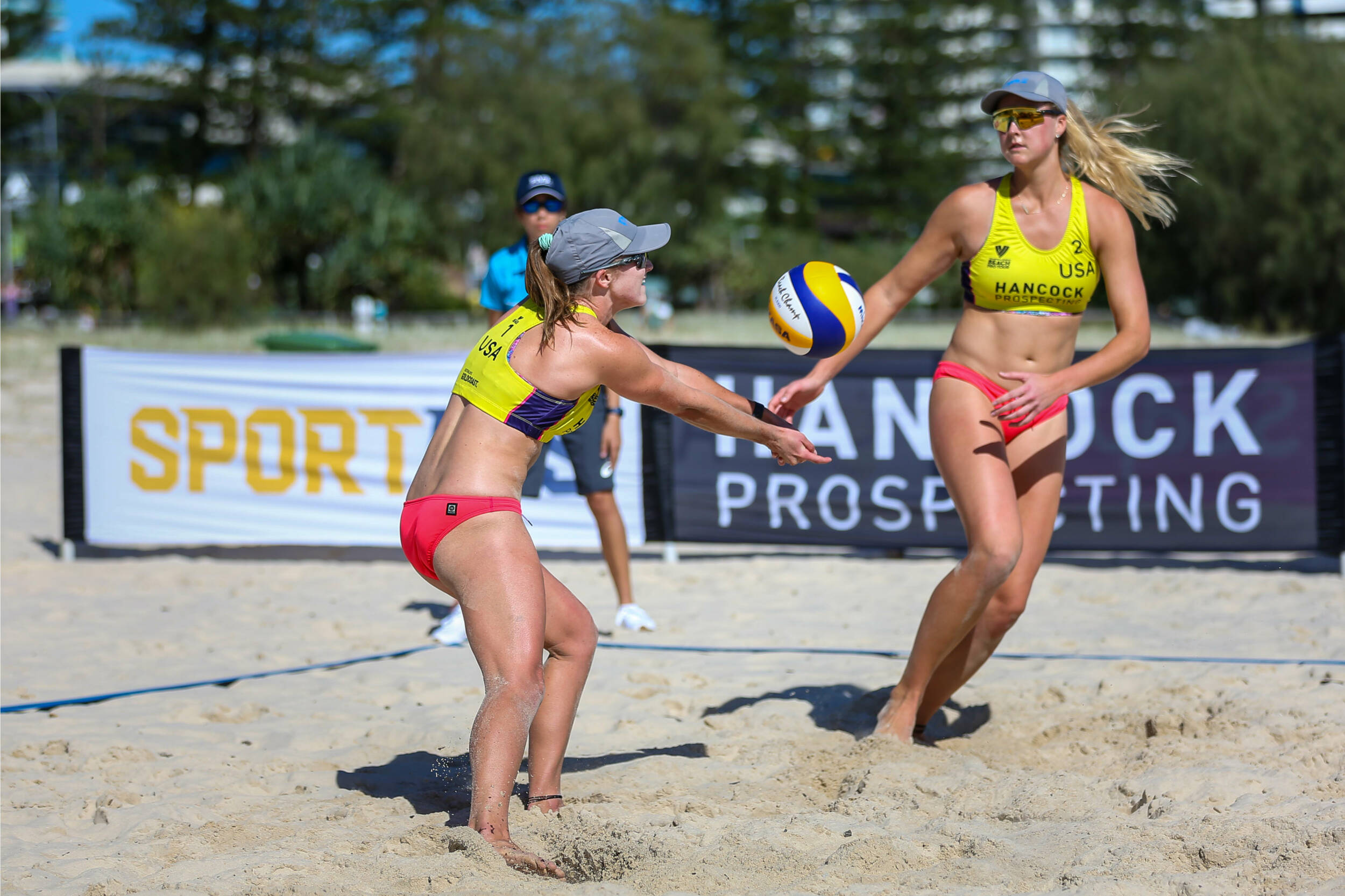 COOLANGATTA, Australia – Former LSU Beach Volleyball stars Taryn Kloth and Kristen claimed their first international gold medal on Sunday at the first Volleyball World Beach Pro Tour event of the season for the in Coolangatta, Australia. Toni Rodriguez earned the bronze medal at the same event with her partner  .

It was a big showing for Team USA in that two American pairs had podium finishes. Both pairs featured former LSU Tigers as Kloth, Nuss and Rodriguez all claimed medals in the international debuts.

Entering the season with zero qualifying points, Kloth and Nuss slipped into the qualifier and went on to drop only one set in seven matches throughout their weekend. After dropping the first set of the gold medal match, 19-21, against Australia’a Nicole Laird and Phoebe, Kloth and Nuss dominated the final two sets, 21-9 and 15-7 to claim the championship. With the win, Kloth and Nuss earned 400 points which will help get them qualified for future events on the World Tour.

Because neither Kloth or Nuss had points on the tour, it looked like they may have to split up for one tournament in order to play with partners that could get them in a tournament and and allow them to earn points of their own to qualify for future tournaments together.

“I think this whole time we have been here the theme that kept coming up was how grateful we were to be here with each other,” Nuss said. “The amount of times people have said to split up and we heavily considered it, and I mean, shoot, Taryn was initially coming to play here with Aurora [Davis] so the fact that we were able to compete together in this — just grateful.”

Rodriguez and Muno were playing together for the first time as a team and were able to leave Australia with a Bronze Medal. In the match for third place, Rodriguez and Muno took down Japan’s Suzuka Hashimoto and Reika Murakami in straight sets, 24-22 and 21-17.

Rodriguez and Muno as well as Kloth and will carry their momentum to Itapema, Brazil, for a challenger event April 14-17. Muno and Rodriguez and Kloth and Nuss mark the first American medals of the young season.

“It’s a really awesome that we all got the opportunity to come out and play and represent not only the USA but LSU,” Rodriguez said. “Like I say, I bleed purple and gold, so it’ll always be home.”