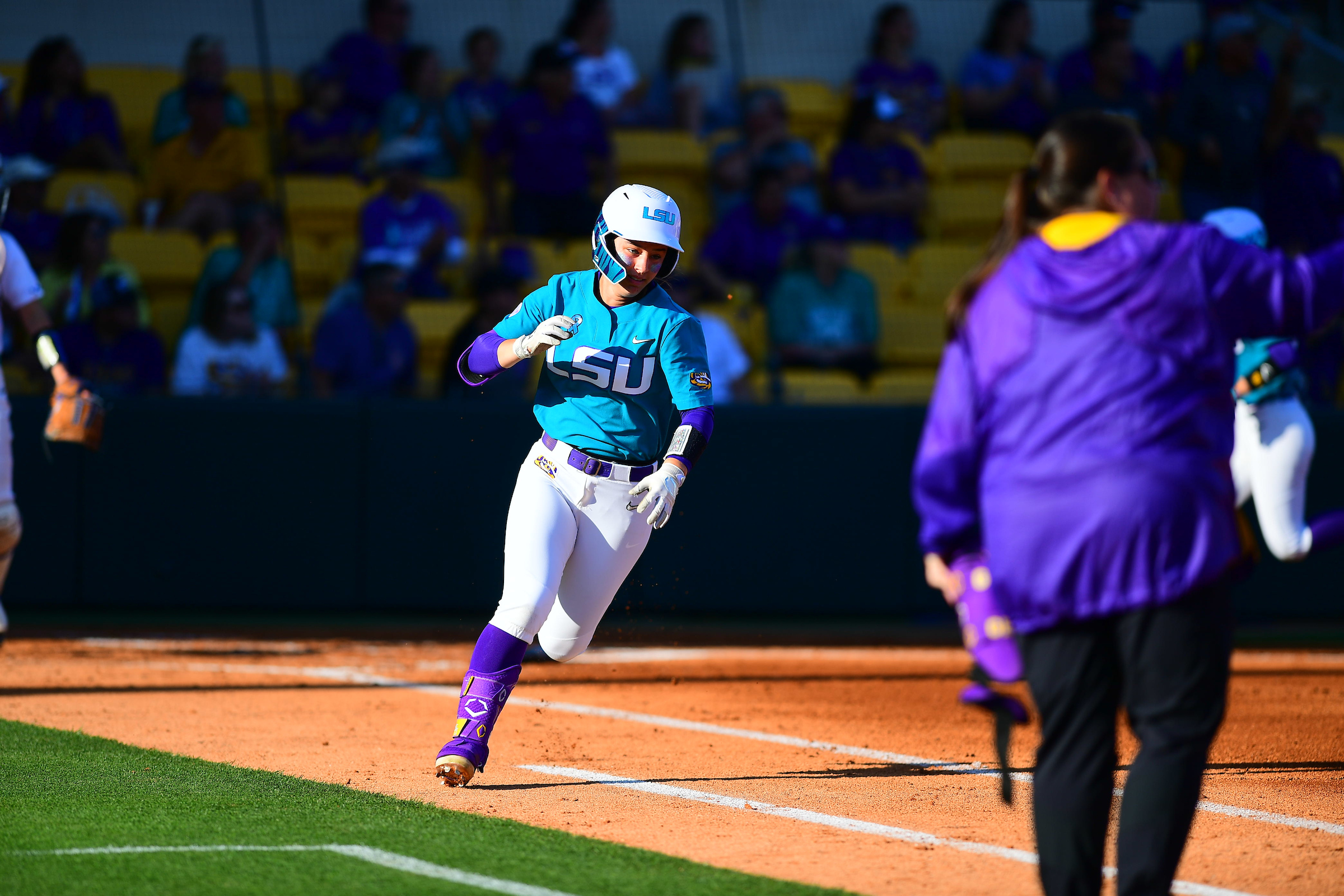 Sophomore Ali Newland recorded a career-high three hits (3-for-4) highlighted with a pair of doubles and had a team-high three RBIs. Classmate Danieca Coffey also had two hits in the game (2-for-4) to record her 15th multiple hit game this season, and senior Shelbi Sunseri also went 2-for-4 at the dish, including a double in the eighth inning.

Junior Ali Kilponen got the start and threw 3.1 innings, while junior Shelby Wickersham (2-4) was given the loss after 4.2 innings in the circle. Both Kilponen and Wickersham allowed five hits and four runs with one strikeout. Kilponen walked four batters and Wickersham walked two.

The Tigers jumped on the Wildcats early thanks to a four-run first inning. After freshman McKenzie Redoutey walked in a run, Newland hit a three-RBI double to left center field to cap the opening inning.

Kentucky chipped away at the LSU lead with one run in the third, three runs on one hit in the fourth, and took a 5-4 lead with another run in the fifth frame.

LSU responded in the sixth stanza with three hits and tied the game 5-5 courtesy of a pinch-hit RBI double from freshman Baylea Brandon. Kentucky logged just one hit in the top of the seventh but retired the Tigers in order to push the game into extra innings.

In the top of the eighth inning, UK’s sophomore Erin Coffel hit a three-run homer to left field to grab an 8-5 lead for the Wildcats. In the bottom half, junior Georgia Clark led off with a walk and Sunseri followed with a double to left field that put both runners in scoring position. The next three Tigers were retired unfortunately, ending the rally attempt.

On the batting adjustments…

“I thought we had a good first inning and then we had a lull in there where we had some at-bats that got away from us. We had a good answer at the end, and we were able to show a lot of fight in the last couple innings. I was happy with how we finished but we must be able to do it throughout.”

On how the game flipped…

“I do not think it was one moment. I think it is a collection of errors, mistakes, walks and at bats that we let get away.”

On coming in to relieve in the fourth…

“We still had the lead at that point, and I knew that my teammates had my back. I was feeling confident throwing it through the zone because I knew they are going to make the plays behind me.”

On the quick turnaround for tomorrow’s game…

“Tonight, we will all be watching film on our own, and we will have film before we play. No matter how early we have to get here, we will make sure we learn from our mistakes and be better tomorrow.”

On mentally preparing for at bats…

“I think that the mindset is always the same. When we take the lead, we trust our teammates to do the best they can. Whoever is having a good day is having a good day. As far as the next time you go up, it just has to be a new at bat. I think that you have to put your best swing on something, regardless of how the team is doing.”

The LSU-Kentucky series will conclude with a noon CT first pitch on Sunday, April 3.