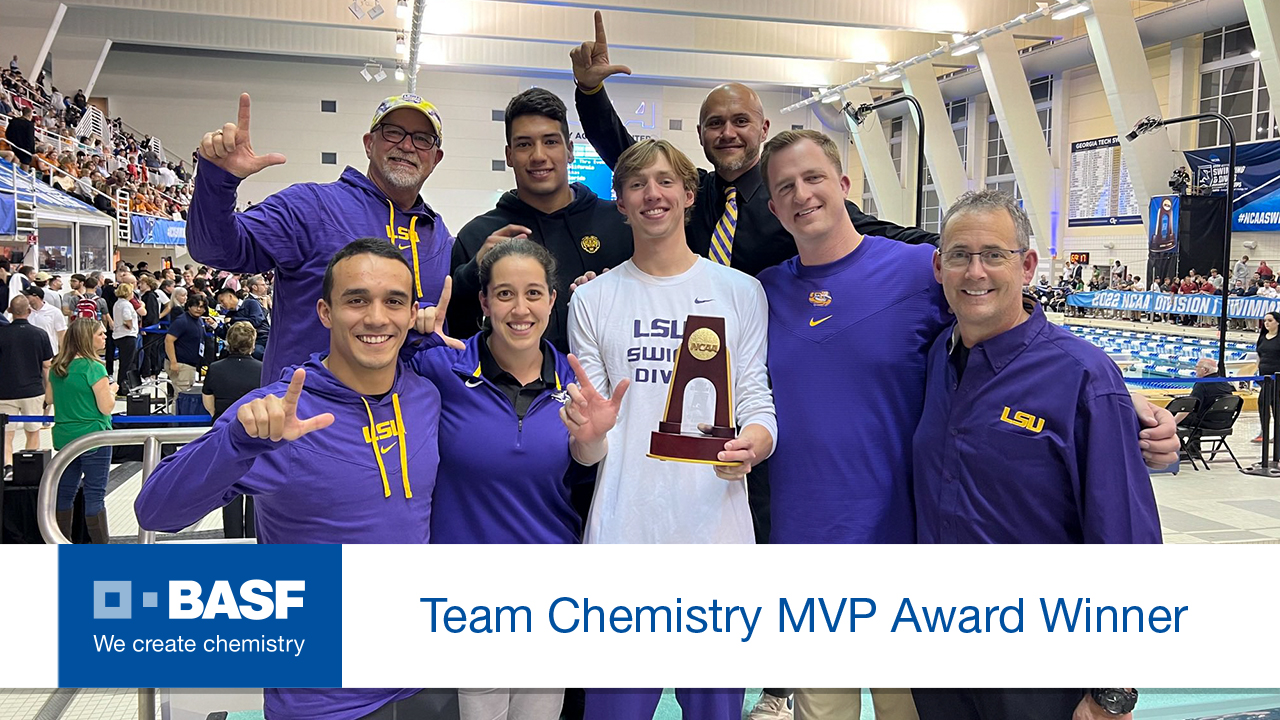 Baton Rouge, La. – The LSU men’s swimming and diving team has been named the BASF Team of the Month for the month of March after the program’s best finish at the NCAA Championships in the last 25 years.

Brooks Curry, a native of Atlanta, won two national titles at the meet in the 50 freestyle and 100 freestyle. Curry’s first title came on March 24 with a blazing time of 18.56 in the 50 free, which bettered his previous school record of 18.67 that he swam at the SEC meet in February. The win in the 50 free made him LSU’s first individual national champion in the pool since Mark Andrews won the 50 free back in 1988.

Two nights later Curry returned to the pool and won his second individual title of the meet with a time of 40.84 in the 100 freestyle. Curry also added in a sixth place finish in the 200 freestyle with a readout of 1:31.45. All in all, his placings – two wins and sixth place – tallied 53 points for the Purple & Gold.

Juan Celaya-Hernandez scored on the diving boards in both the one meter and three meter competitions. He started the NCAA meet off with a bronze in the one-meter with a score of 413.20 in the finals. He returned a day later and captured another bronze, this time on the three meter, with a score of 459.20. Those two finishes tallied LSU a total of 32 points. Celaya-Hernandez closed out his LSU career as an eight-time All-American.