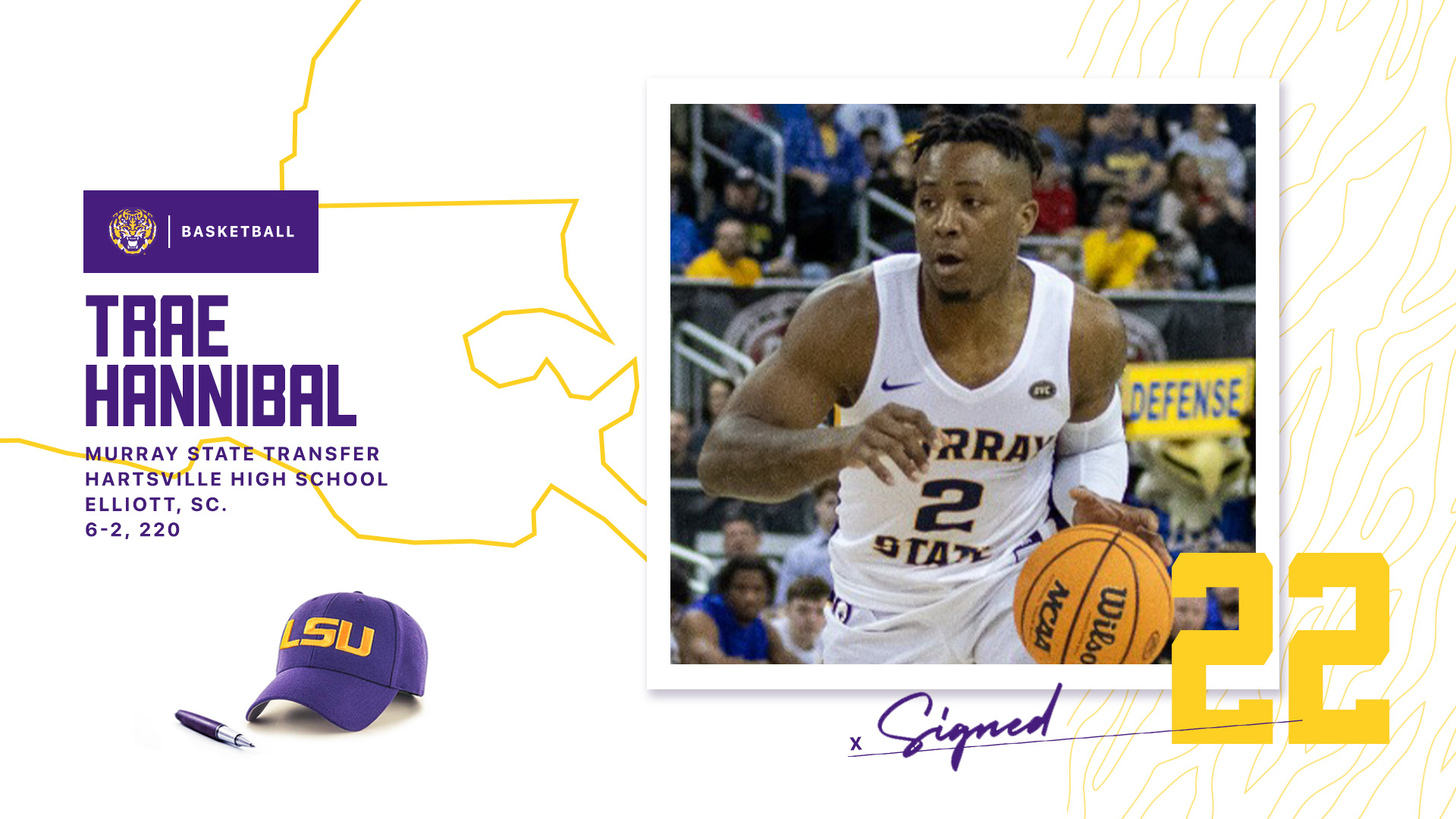 Hannibal is a 6-2 guard from Elliott, South Carolina.

He was part of a 31-win season at Murray State as the Racers reached the Round of 32 in the NCAA Tournament after a 20-0 championship year in the Ohio Valley Conference.

“We are extremely excited to welcome Trae Hannibal to the LSU family,” said Coach McMahon. “He had an outstanding sophomore season at Murray State. When he decided that he wanted to make a change, he was flooded with offers. We wanted to make sure we had the opportunity to coach him here at LSU.

“He is an explosive guard who will impact our program at both ends of the court. We love his ability to attack off the dribble, his unselfishness, and his aggressiveness on defense. We look forward to his arrival in Baton Rouge this summer.”

In the 2020 season he had four games of double-digit scoring including back-to-back 15-point games against Missouri and Georgia where he hit a combined 12-of-14 shots from the field.

Hannibal had a strong high school career at Hartsville High School where he was the state’s Class 4A co-Player of the Year in 2019 and was also chosen POY by the Florence Morning News. He averaged 26.8 points per game in his senior season and finished his career with over 1,500 points. His career concluded with a 62-point performance. He earned all-state honors as a junior, averaging 16.6 points, 7.7 rebounds and 5.2 assists.