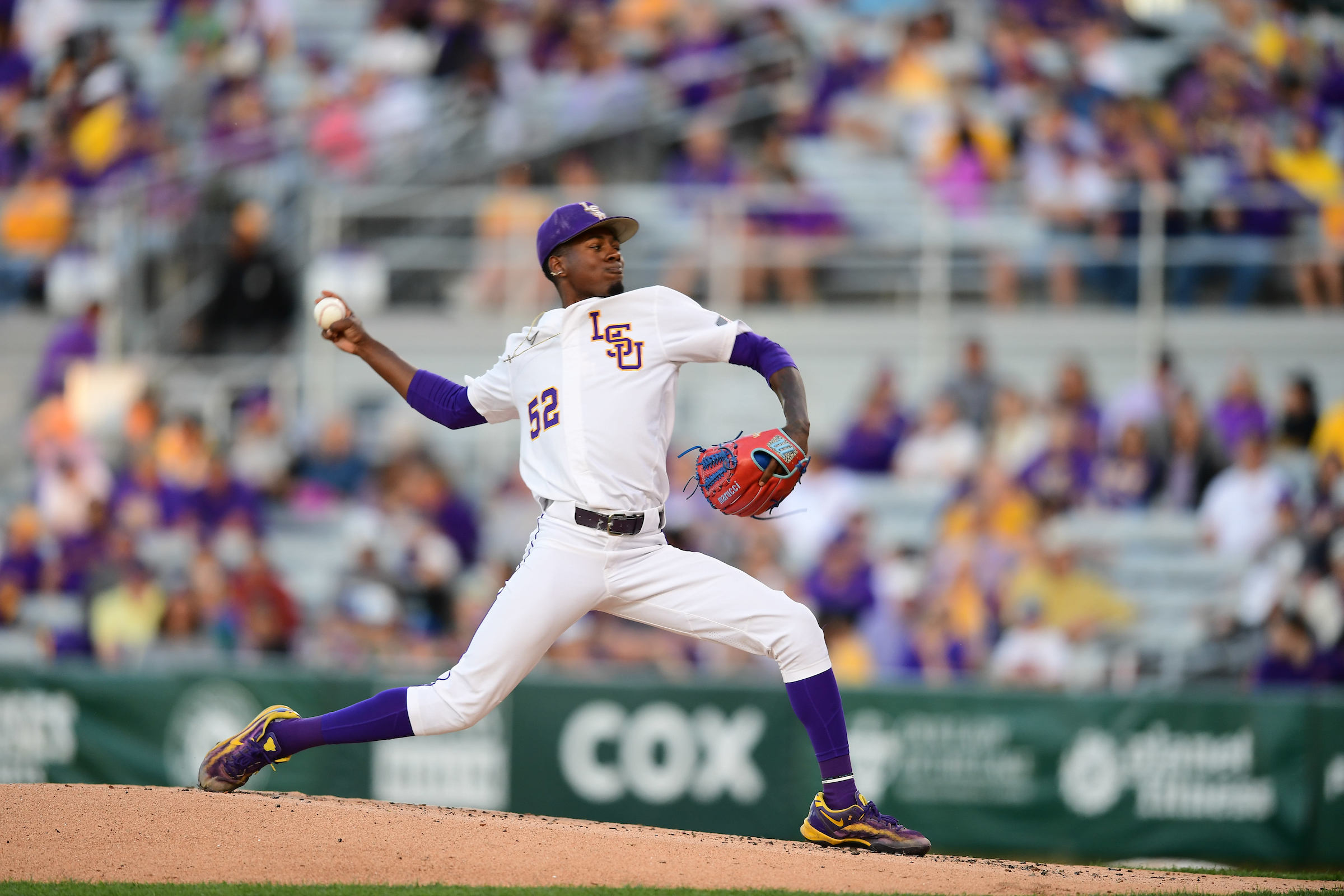 The teams meet in the series finale at 1 p.m. CT Saturday in a game that will be carried on affiliates of the LSU Sports Radio Network and streamed on SEC Network +.

Auburn starter Trace Bright (2-2) was charged with the loss as he surrendered three runs on four hits in 4.1 innings with four walks and six strikeouts.

“A great performance by Ma’Khail tonight, he’s probably one of the most competitive guys on the team,” said LSU coach Jay Johnson. “He’s really lifted us these last few weeks, and I’d hate to think where we’d be if we didn’t have him on the team this year. He’s a true pitcher and winner, and that’s what we want to have here at LSU.”

Crews gave LSU a 1-0 lead in the bottom of the first inning with a solo homer, his seventh dinger of the year. The Tigers expanded the margin to 3-0 in the fifth when Doughty delivered a run-scoring double and Crews provided an RBI single.

Auburn narrowed the gap to 3-2 in the top of the seventh when third baseman Blake Rambusch lifted a sacrifice fly, and centerfielder Kason Howell added a run-scoring single.

LSU, however, erupted for five runs in the bottom the frame. The outburst was highlighted by an RBI single by third baseman Jacob Berry, a two-run double by Thompson, and an RBI double by leftfielder Gavin Dugas.

“I think tonight’s win was a sign of maturity for our team,” Johnson said. “We’re going to grow as a team this year, and we’re going to grow as a program. We all want everything right now, but in baseball, that’s not realistic. We emphasized tonight staying on the attack and remaining focused on where we are in the game, and I’m proud of the way our players responded to adversity to come up with a good win tonight.”