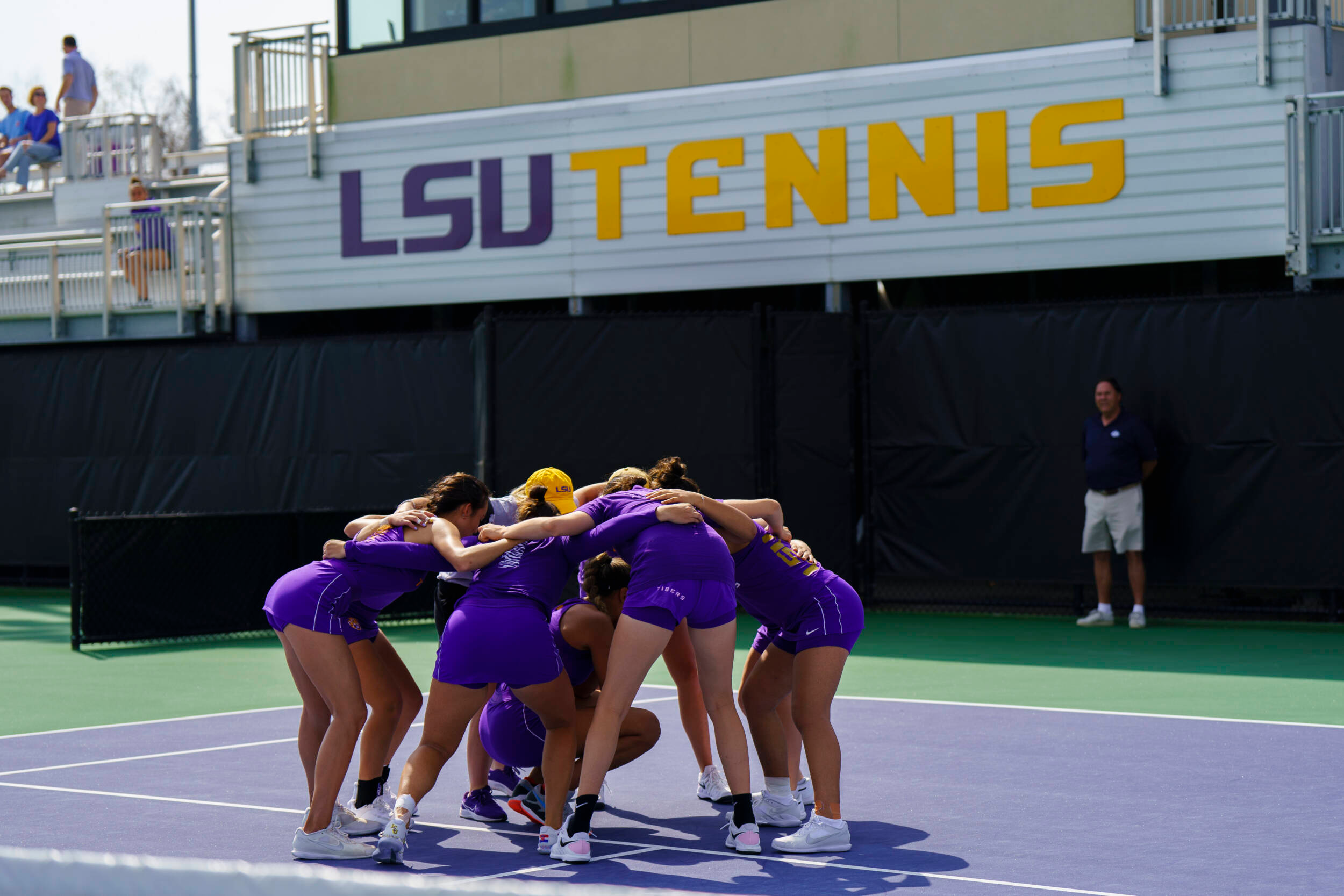 Admission to all home matches at the LSU Tennis Complex is free of charge with gates opening one hour before start time. Fans who attend Friday’s match will be gifted a voucher for a $3 LSU softball ticket for Saturday afternoon’s game against Kentucky while Sunday’s match will see free donuts provided to attending fans, both while supplies.

Vs. Alabama
The Tigers and the Crimson Tide will meet for the 50th time on Friday night, with LSU holding a 34-15 lead in the series. When the two teams met last season at Alabama, LSU grabbed a 4-0 road sweep.

The Crimson Tide are currently ranked No. 43 in the ITA team rankings and enter the match with a 13-6 record, 3-4 in conference play. In singles play, Alabama is led by Loudmilla Bencheikh, who boosts an 11-6 record at the No. 1 singles spot for the Crimson Tide and a singles ranking of No. 74. In doubles, Alabama has seen big success in doubles play from sisters Kasia and Ola Pitak, who sit at 15-2 in doubles play in the dual season and are on a six-match winning streak.

Vs. Auburn
In a battle of the Tigers, LSU holds the series lead by a margin of 30-14. Last season at Auburn, LSU narrowly grabbed a 4-3 road win.

Auburn enters the weekend ranked No. 9 in the ITA team rankings with a 16-2 record and a perfect 7-0 conference record to place them atop of the SEC standings alongside Texas A&M. The War Eagles’ only defeats came in February as they were defeated by then-No. 6 North Carolina State 4-2 and then-No. 11 Ohio State 4-3 and enter the weekend on an eight-match winning streak.

The opposing Tigers have had tremendous success in singles and doubles play this season. Auburn has only dropped the doubles point in three of their 18 matches and have their No. 1 doubles duo of Ariana Arsenault and Selin Ovunc currently ranked No. 22 in the ITA doubles rankings with a 14-5 overall record. In singles, the Tigers’ top three singles spots are all ranked in the ITA singles rankings. Arsenault sits at No. 59, Ovunc falls behind at No. 65, and Carolyn Ansari rounds out the front three with a ranking of No. 81.

Tiger Tidbits
The Tigers are coming off a month of March that saw them go 3-5 as SEC play began. Last weekend, LSU fell 4-1 at No. 7 Georgia on Friday afternoon before dropping a match at Tennessee by a score of 7-0.

LSU currently sits at No. 64 in the ITA team rankings and has two players in the singles rankings. Safiya Carrington currently sits at 10-8 overall in singles play with three ranked wins to her name and was placed at No. 70 in the latest ITA singles rankings. Ena Babic is the other ranked Tiger, checking in at No. 94. Babic boasts a 9-5 record thus far this season, including one win over a ranked foe.