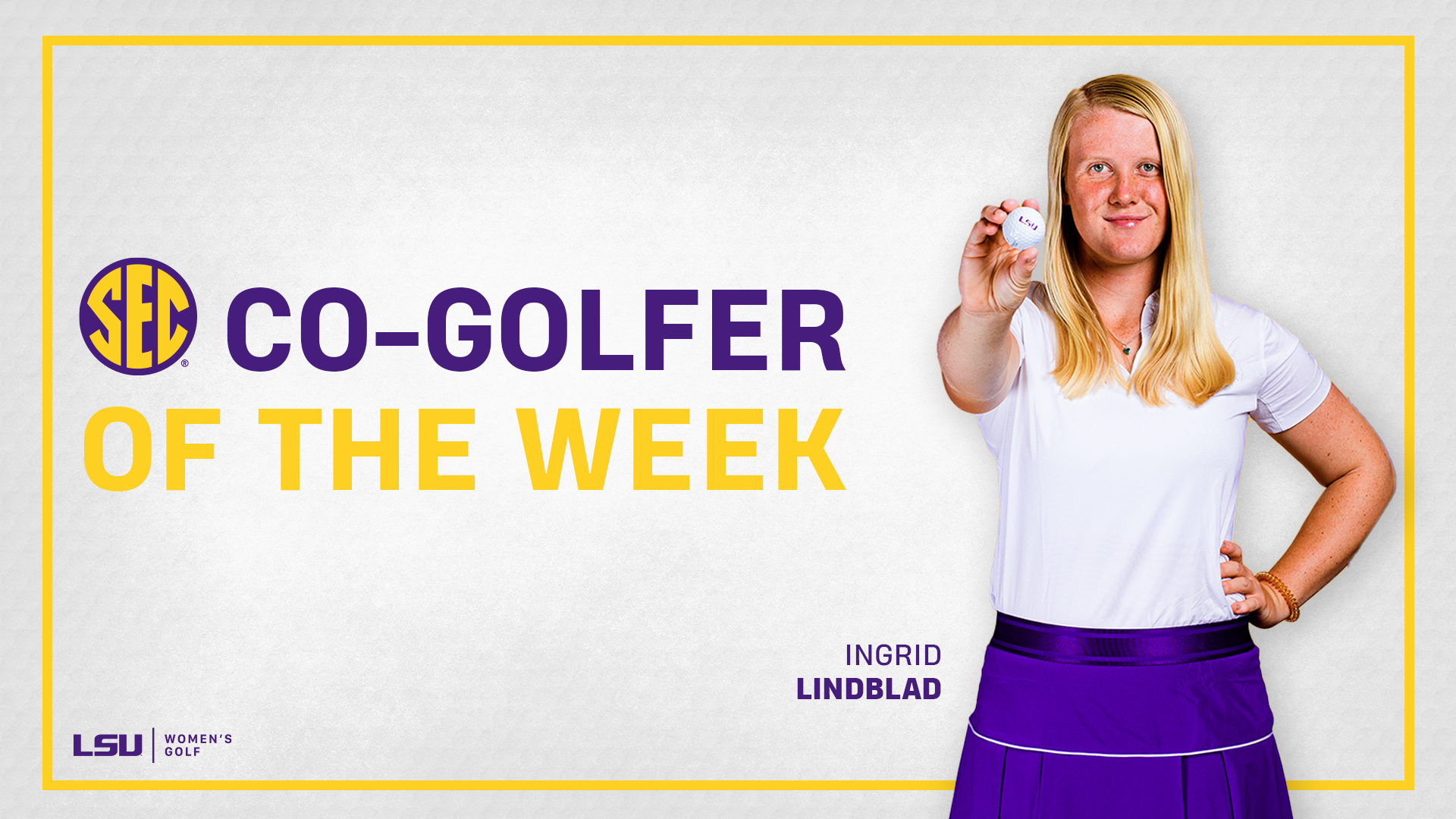 BATON ROUGE – For the third time this spring following an Ingrid Lindblad individual win, the LSU junior has been named SEC Women’s Golfer of the Week.

The junior won her third spring event this past Sunday, capturing the Clemson Invitational with rounds of 74-70-68 for a 4-under 212 in a field of 101 golfers. Lindblad’s rounds on Saturday and Sunday were two of the total of five under par rounds shots both days combined. She led the field with 12 birdies over the three rounds.

The win was Lindblad’s eighth collegiate tournament win at LSU breaking the LSU record of seven she had previously held with Jenny Lidback who won seven during 1985-86. It is the most career wins by an LSU golfer, male or female in the last 40 years.

Lindblad’s fourth win of the college golf calendar made her just the third LSU golfer to win four events in a college golf season with Lidback (’85-86) and Kristi Coats (’90-91).

LSU also won the team event with a score of 27-over par, LSU’s second win of the year. It was the 47th team win in LSU women’s golf history.

Lindblad was also named on Monday to the spring watch list for the ANNIKA Award and is playing this week in the Augusta National Women’s Amateur.