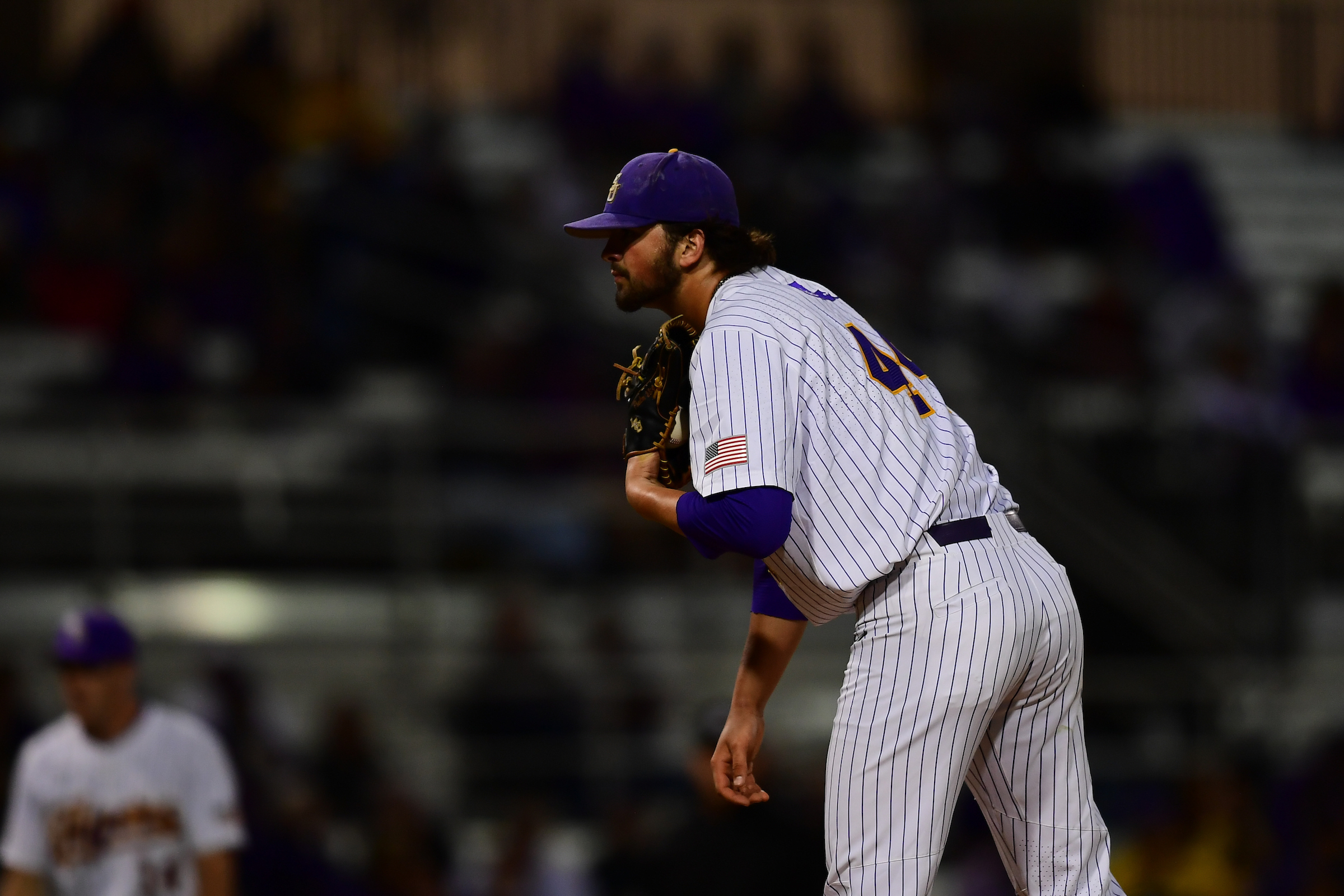 BATON ROUGE, La. – Auburn erased a 2-0 deficit with a six-run fifth inning Thursday night and held on for a 6-5 win over No. 12 LSU in Alex Box Stadium, Skip Bertman Field.

The teams meet in Game 2 of the series at 6:30 p.m. CT Friday in a contest that will be broadcast on affiliates of the LSU Sports Radio Network and streamed on SEC Network +.

LSU starting pitcher Blake Money (2-2) was charged with the loss as he allowed six runs – five earned – on six hits in five innings with three walks and five strikeouts.

Auburn reliever Carson Skipper (2-0) earned the win, as he limited LSU to two runs on four hits in 3.1 innings with one walk and three strikeouts.

Blake Burkhalter picked up his fifth save of the season, working the final 1.2 innings and allowing one run on two hits with no walks and two strikeouts.

“Our team has responded well to adversity all season, and we expect our players to respond to this setback in a positive way,” said LSU coach Jay Johnson. “We have to keep working on fundamentals; these are good kids, we just have to get them better at baseball.”

LSU grabbed a 1-0 lead in the first inning on a leadoff homer by shortstop Cade Doughty, his seventh of the season. Catcher Hayden Travinski launched his third homer of the year – all in the past five games – to give LSU a 2-0 advantage through four innings.

However, Auburn struck for six runs in the top of the fifth in a rally that was highlighted by a three-run homer from shortstop Brody Moore, who hit his second dinger of the year.

Skipper blanked LSU over the next three innings before designated hitter Brayden Jobert blasted a two-run shot in the bottom of the eighth, narrowing the gap to 6-4.

Doughty led off the bottom of the ninth with a single, and he moved to third on first baseman Tre’ Morgan’s single. Centerfielder Dylan Crews followed with a sacrifice fly to score Doughty, but Burhalter retired the next two hitters to end the game.

“There’s no problem with the effort that’s being put forth by our players,” Johnson said. “We just have to keep working hard, make good decisions and improve each day.”