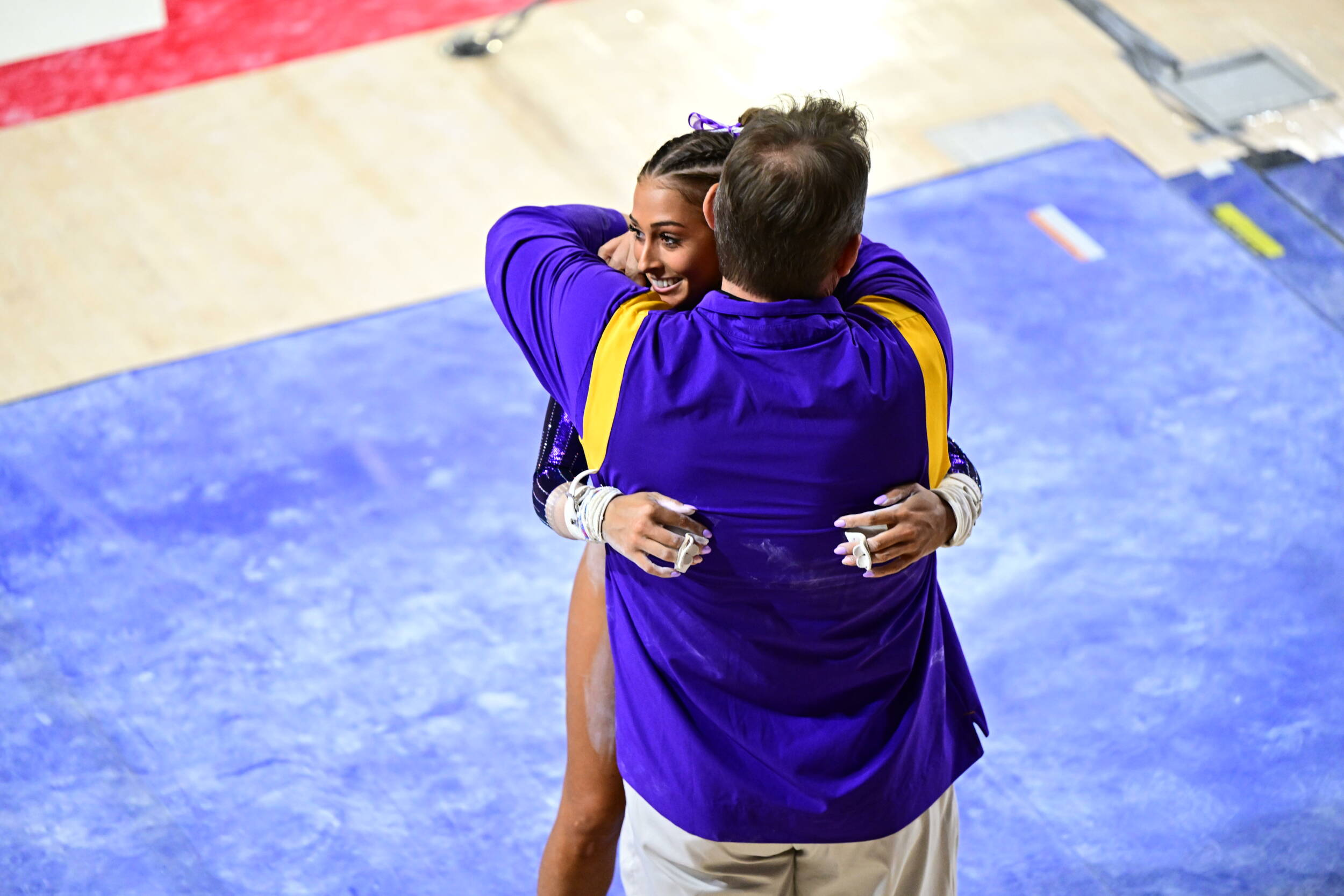 RALEIGH, N.C. – The LSU gymnastics team finished third overall in round two of the 2022 NCAA Raleigh Regional with a team score of 196.575, Thursday afternoon at Reynolds Coliseum.

The Tigers’ season ends after failing to advance to the regional final. Missouri took the top spot in session one with a 197.150 and Iowa finished second with a 196.900. NC State was fourth overall with a 195.1700.

Kiya Johnson, Haleigh Bryant and Alyona Shchennikova are all in contention to still advance as individual qualifiers for NCAA Championships.

LSU opened with as good as a start as it could hope with a 49.500 on floor for the highest away from the PMAC this season and the third-highest score on the event at a regional in school history.

Senior Christina Desiderio opened the event with a 9.85. Freshmen KJ Johnson and Aleah Finnegan made their NCAA postseason debuts each with a 9.90. Sophomore Olivia Dunne also made her floor debut in replace of Bryant and scored a 9.90. Kiya Johnson wrapped up the opening rotation with a 9.95.

The Tigers went to vault and hit every routine for a 49.475 and 98.975 at the halfway point. Elena Arenas opened with a 9.825 and Alyona Shchennikova stuck her vault for a 9.90. KJ Johnson earned a 9.85 in the third spot and Sarah Edwards followed with a 9.825. Kiya Johnson and Bryant anchored the rotation with near-perfect vaults for a 9.95.

The squad was forced to count a fall on beam and consequently unable to advance out of the second round. Kai Rivers earned a 9.80 and in her final collegiate routine Bridget Dean scored a 9.875. Shchennikova added a 9.875 and Kiya Johnson ended the event with a. 9.750.