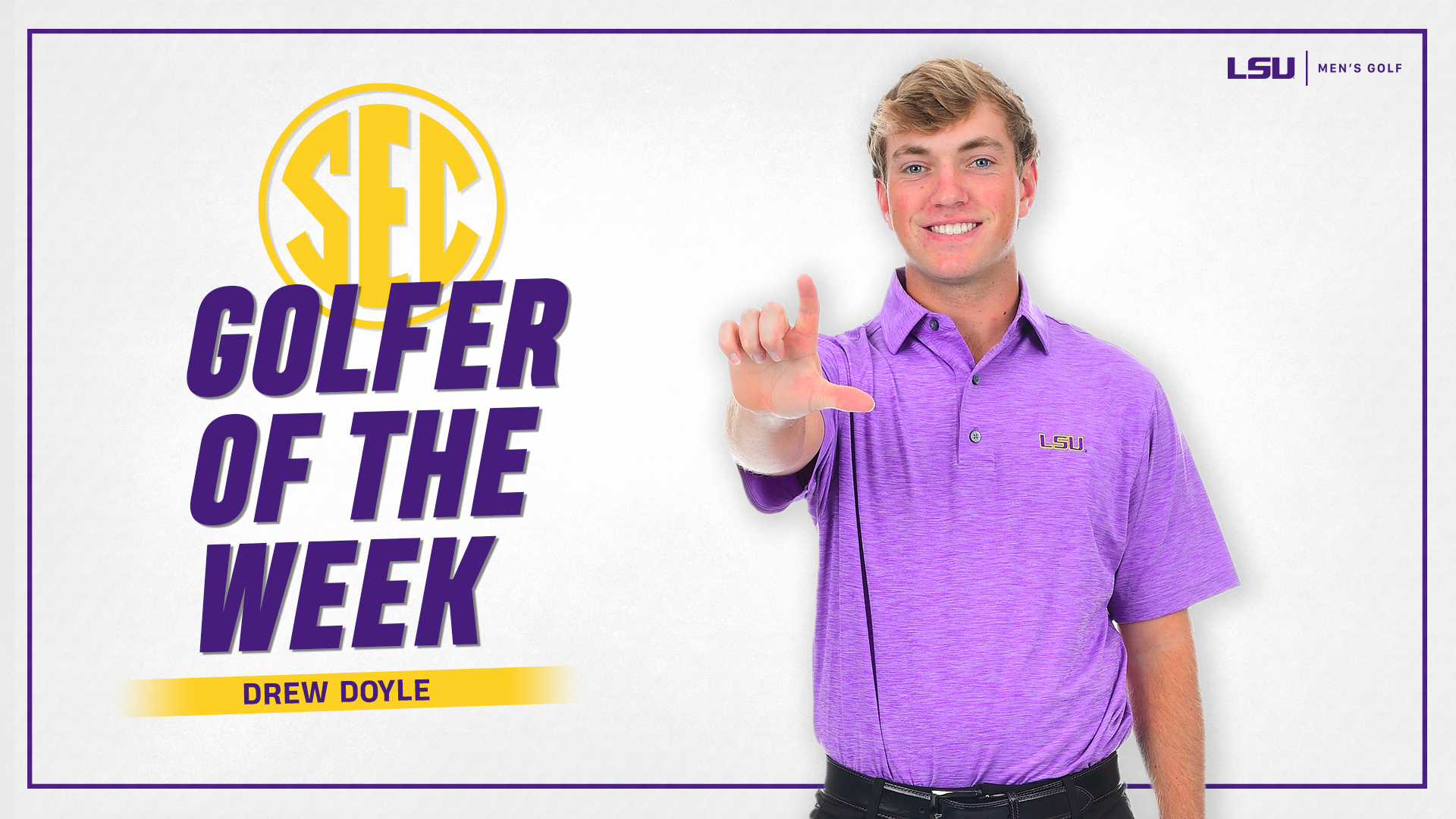 Doyle won the first medalist honor of his college career this past weekend in Florida with a 6-under 210 score at The Hayt. He shot an even-par 72 first and second round before closing a five-stroke gap in Tuesday’s final round with a 6-under 66 to give him a share of the individual title alongside North Florida’s Nick Gabrielcik.

“It meant a lot to me to win my first collegiate event,” Doyle said. “The competition is tough every tournament. Knowing and proving to myself that I can compete with the best is a huge momentum boost as our team finishes up the regular season and looks ahead to the postseason. The win this week just shows me that the hard work is paying off and that I need to keep at it if I want to compete at the highest level. I’m grateful to be a part of a team that’s extremely supportive, and I can’t wait to see what’s in store for us.”

Doyle’s 6-under 66 final round could not have started any better as he holed out an eagle on the par 4 10th hole before a sequence of birdie-par-birdie put him at (-4) through four holes. Bogeys on the 14th and 15th holes slowed his roll before a birdie at 18 placed him at 3-under 33 on the round heading into the final nine holes. Doyle’s back nine was flawless as he grabbed a birdie at the 2nd hole before getting a key eagle on the penultimate par 5 8th hole to push him to a share of the lead. Doyle sunk the par putt on the final hole to repeat his 3-under 33 from his first nine to finish the day 6-under 66 and 6-under 210 for the event.

He led the field in par 4 scoring average (3.87) and in total eagles (3) for the event alongside holing the sixth most birdies (12) in the tournament. Doyle stood above 13 golfers ranked in the top 100 by Golfstat.com, including No. 8 Ben Carr (Georgia Southern), No. 15 Jiri Zuska (Louisville), and No. 18 Mason Williams (Georgia Southern). The weekly honor is the first of his career and he joins teammate Nicholas Arcement as Tigers named Golfer of the Week by the SEC this season.

Doyle and the Tigers will head to Mississippi for the final tournament of the regular season, Mississippi State’s Mossy Oak Collegiate, on Monday, April 11th.