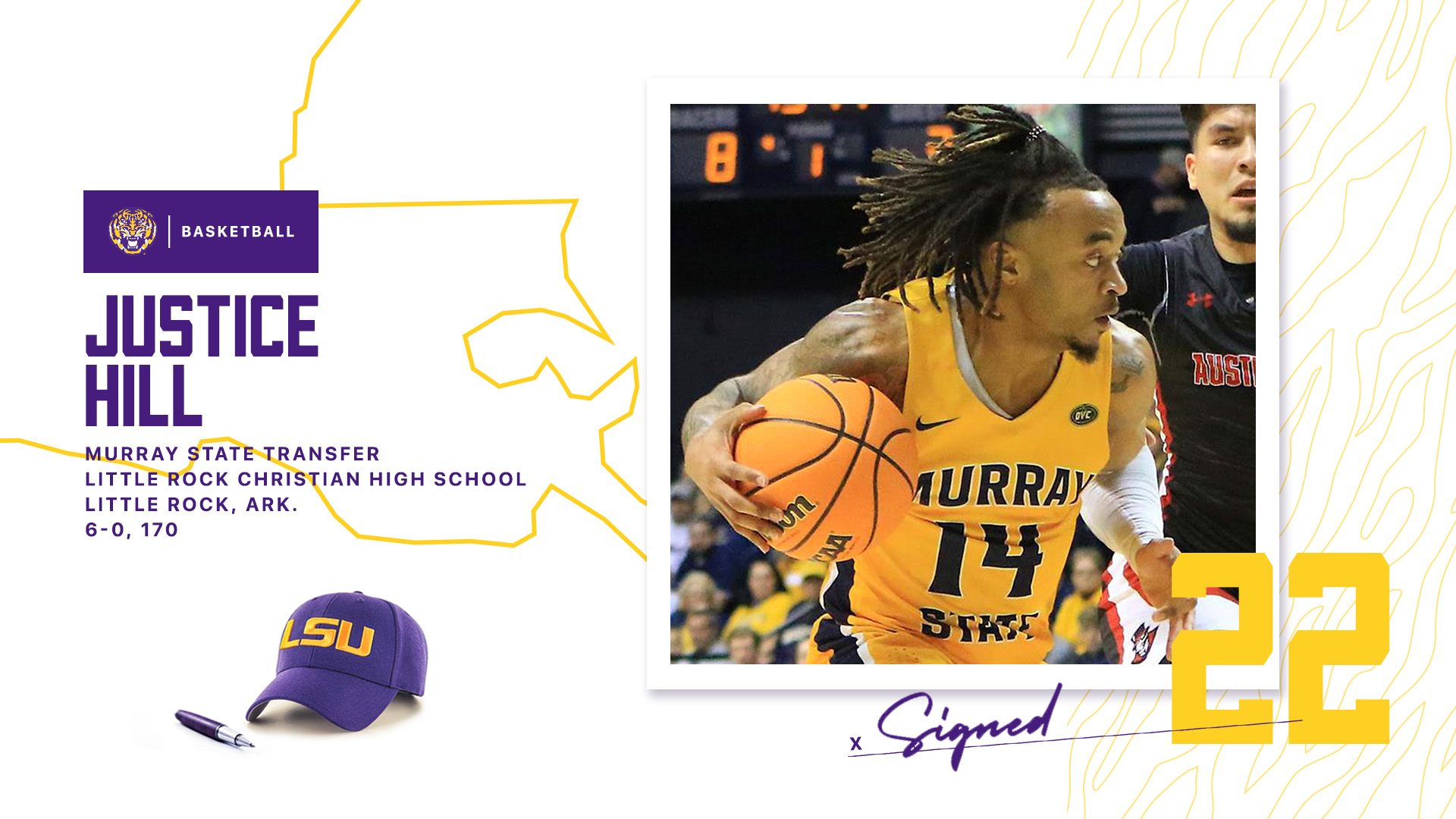 Hill, a 6-0 guard from Little Rock, Arkansas, helped Murray State to an Ohio Valley Conference Championship in 2021-22 and an NCAA Tournament Round of 32 appearance. He started all 34 games with a stat line of 13.4 points, 5.1 assists, 2.3 rebounds and 1.1 steals per game. Hill averaged 31.3 minutes per game, shooting 43.1 percent overall and 35.8 percent from three-point range (63 three-pointers made).

Hill had 36 points against Belmont, 26 versus Southeast Missouri State and 21 versus Morehead State. He had a points-assists double double with 20 points and 10 assists against Tennessee Tech and nine assists versus San Francisco in the opening round of the NCAA.

Hill was eighth in the OVC in scoring average, seventh in 3-point field goals at 1.9 per game and third in assists at 5.1 per game. He was also third in the league in assist-to-turnover ratio at 2.7 a game (173 assists, 65 turnovers). He earned first-team All-OVC honors posting 12 games with only one or no turnovers.

He ranked 13th nationally in assist-to-turnover ratio and was 34th in Division I with 5.1 assists per game.

“We are thrilled to have Juice join our family here at LSU,” said Coach McMahon. “He is a dynamic guard who impacts winning! He represents everything Tiger Basketball is going to be about as we move the program forward. He is a great young man from a great family. We look forward to the opportunity to coach him at LSU.”

Hill originally signed with Arkansas as part of the 2019 class. After one semester he transferred to Salt Lake Community College in Salt Lake City, Utah where he became a NJCAA First Team All-America in the 2019-20 season and was named the Region 18 Player-of-the-Year.

He helped the Salt Lake Bruins to the Scenic West Athletic Conference championship game with a 29-4 record, averaging 13.9 points and 4.3 assists per game. He had two double doubles with 20 points and 11 assists against Pensacola and 14 points and 10 assists against Tohono O’odham.

In high school at Little Rock Christian, Hill starred in football, basketball and track and field. He was the 2018 Gatorade Player of the Year for Arkansas, passing for 3,084 yard and 37 touchdowns, leading the school to its first football state title. He also finished second in the 2018 Arkansas State 5A meet in the high jump (6-2) and fifth in the long jump (21-1.75).

Hill is the second transfer signing with the LSU Basketball program for 2022-23 along with Kendal Coleman of Northwestern State University.