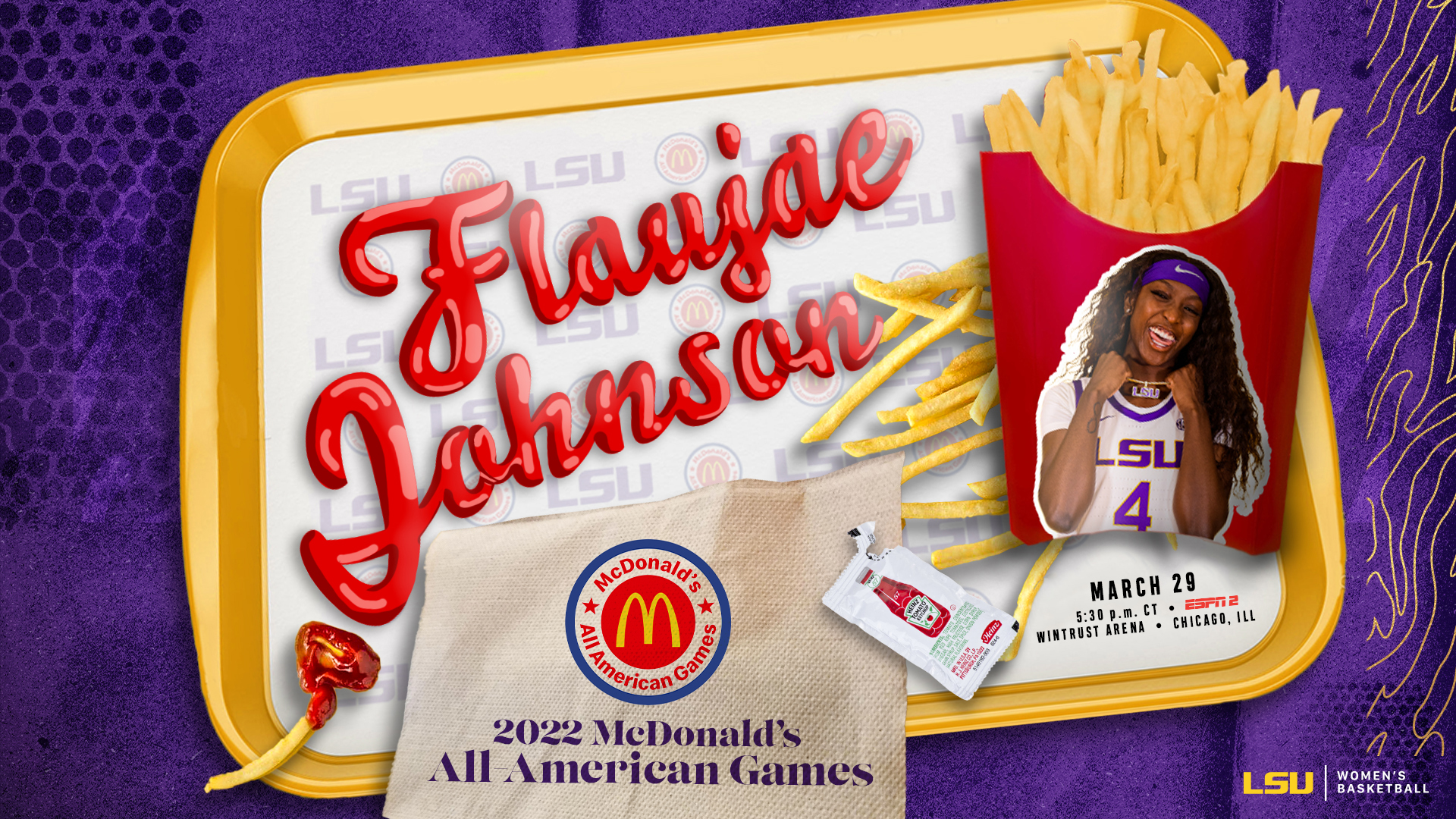 Flaujae is one of 24 players in the McDonald’s All-America game on the girl’s side and she will compete for the West squad that will dawn red jerseys.

A guard out of Marietta, Ga. that is a part of Coach Kim Mulkey’s first recruiting class at LSU, Flaujae will have the opportunity to showcase her basketball talent Tuesday night on a national stage. Ranked at the No. 26 player and No. 6 guard in the country by ESPN Hoopgurlz, Flaujae is an offensive weapon that can score the ball with the ability to create for herself and hit pull-up jumpers. She also has excelled defensively, showing the ability to pressure the ball and cause disruption in the passing lanes.

“Flaujae is a guard who can play any perimeter position at a high level,” Coach Mulkey said. “She handles the ball exceptionally well and she couples that with great court vision as well as having the ability to shoot the three. She has a tremendous work ethic and will be a great guard for us. Flaujae has a tremendous passion for the game of basketball, and we can’t wait to get her on the court inside the PMAC.”

When she takes the court Tuesday night in Wintrust Arena, Flaujae will become the 13th future LSU player to compete in the McDonald’s All-America Game. She will also compete in the Jordan Brand Classic in Chicago on April 15.