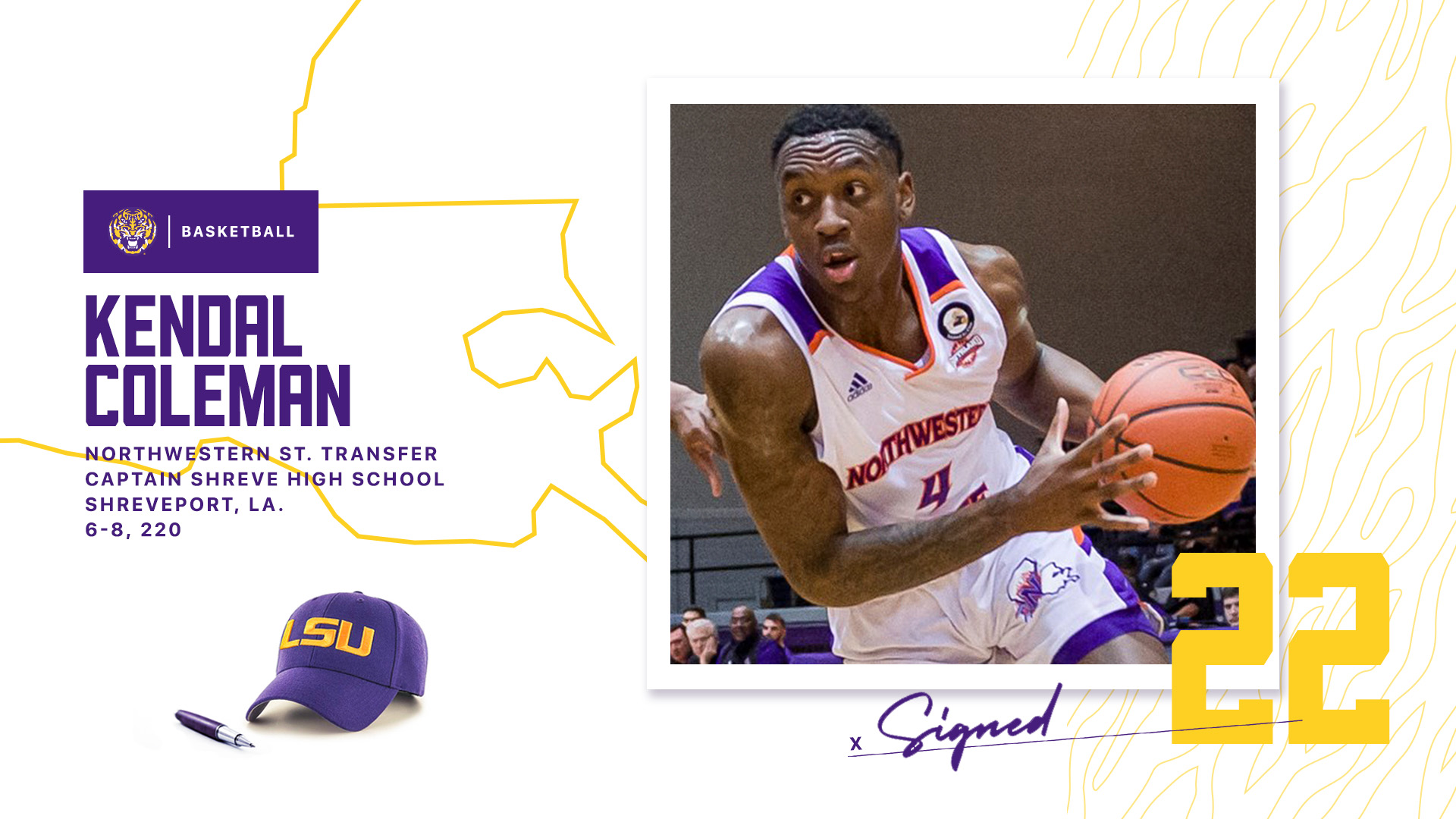 Coleman played the last two years at NSU, located in Natchitoches, some 70 miles from his hometown of Shreveport, Louisiana.

Coleman had three 20-10 games among his 17 double doubles during the 2021-22 season, including 25 points-13 rebounds and 20 points-10 rebounds in his two games against Incarnate Word and 20 points-12 rebounds against UNO. His high rebound effort was 20 when he scored 18 points against
Southeastern.

He was one of 15 players that averaged a double double in Division I in 2021-22 and Coleman ranked tied for 10th in double doubles in the NCAA.

“We are excited to welcome Kendal to the LSU family and keep him home in Louisiana,” said Coach McMahon. “Kendal had a very productive freshman year, averaging a double double. He has high character and we love his motor and energy on the court. We are looking forward to his arrival on campus this summer.”

Coleman has started in all 59 career college games. In his first season in 2020-21, he had five games in double figures, including a double double of 18-15 against ULM. He led Northwestern State in blocks with 33 and had three four-block games that season. He averaged 6.8 points and 6.5 rebounds a contest.

As a junior at Captain Shreve High School, he became one of the best defensive players in the state, leading the state in blocks as a junior, garnering district defensive player of the year honors. He again led the district in blocks as a senior as the Gators posted a 26-7 record. Captain Shreve won 44 games in his last two seasons after winning just 19 combined in the previous two.