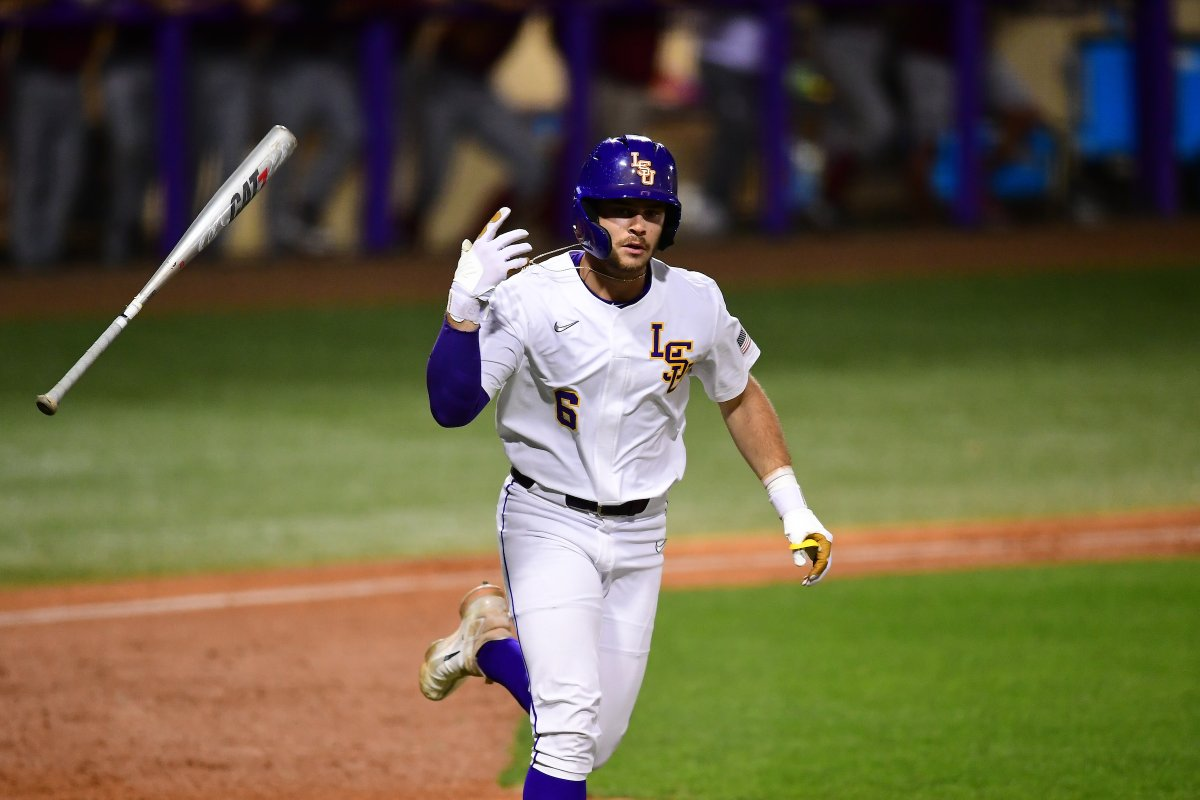 The Tigers return to action at 6 p.m. CT Thursday when they play host to Auburn in Game 1 of an SEC series in Alex Box Stadium, Skip Bertman Field.

Jobert became the first LSU player to collect seven RBI in a game since March 17, 2017, when Antoine Duplantis recorded seven RBI versus Georgia. He has five homers in the Tigers’ last three games and nine dingers on the year.

“We wanted to see our players carry the momentum from the Florida series into tonight’s game, and they did a good job of that,” said LSU coach Jay Johnson. “Brayden had some great at-bats tonight, and he’s shown the ability to make adjustments that have created more opportunities for him to drive the ball. He is certainly making a big impact on our team.”

Trent Vietmeier (1-0), the second of six LSU pitchers, earned the win by entering the game in the second inning and firing two shutout innings with four strikeouts.

ULM starting pitcher Mikel Howell (0-1) was charged with the loss, as he allowed six runs – four earned – on five hits in 0.2 inning with one walk and no strikeouts.

Leftfielder Gavin Dugas also homered and provided an RBI double for the Tigers to fuel the offense, which has scored 42 runs over the past three games.

“We play a lot of teams in our midweek schedule from the state of Louisiana,” Johnson said, “and we’re always going to get their best shot. We have tremendous respect for all of the programs in the state, so we know we have to show up ready to play and play well to win these midweek games.”

Scrimmages will be open to fans throughout the Fall, beginning this week. The Tigers will scrimmage at 4 p.m. CT Thursday, 4 p.m. CT Friday and 1 p.m. CT Sunday.
SEC Announces Revised 2023 Conference Baseball Schedule

The revised schedule changes the order in which LSU will face its league opponents this season.
Skip To Main Content