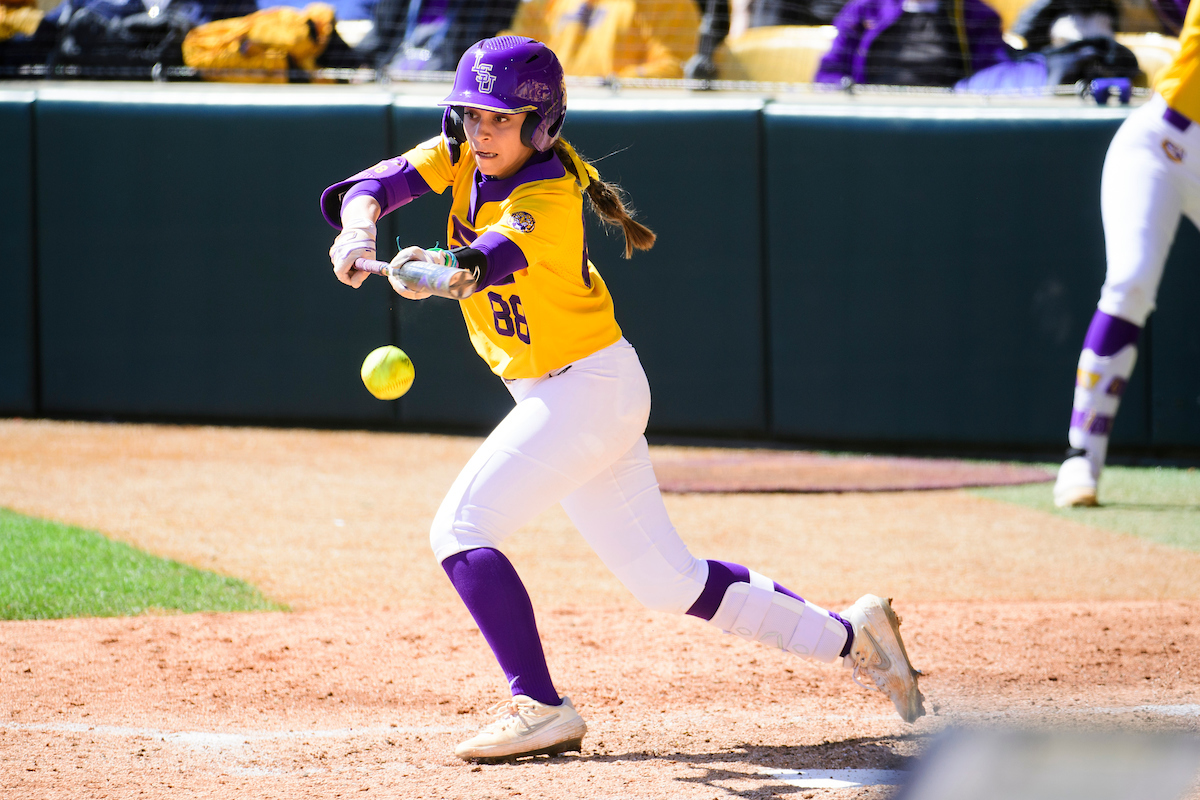 Sophomore Ciara Briggs led the LSU offense with two hits and two RBIs, including her second home run of the season. Sophomore Danieca Coffey was 2-for-3 at the dish as well, while sophomore Taylor Pleasants hit a solo shot in the fourth inning, her sixth of the season.

Junior Ali Kilponen allowed seven hits gave up two walks, threw one strikeout and earned two runs in 4.2 innings of relief. Senior Shelbi Sunseri (5-4) was given the start and loss after allowing five hits and five runs with two strikeouts in 1.1 innings pitched.

Arkansas put up five runs in the first inning highlighted by a grand slam from senior Linnie Malkin. Both teams remained scoreless for two complete innings before the Tigers pieced together a three-run half inning in the third thanks to a leadoff triple from Coffey and back-to-back dingers from Briggs and Pleasants. LSU retired the first three Razorbacks in the bottom half inning, making the score 5-3, Arkansas through four.

LSU threatened in the top of the fifth with three consecutive singles to load the bases with two outs but was unable to cross a run. The Razorbacks capitalized with a run in the bottom half to increase their lead 6-3 after five frames.

Arkansas padded its lead with another run in the sixth inning and closed the door by retiring the Tigers in order in the seventh to win the series.

LSU will have a midweek game at Tiger Park against McNeese on Wednesday, March 30 that was originally scheduled for April 19. Tickets with the original date will be valid for entry. First pitch is for 6 p.m. and the game will be aired on SECN+.