Men’s Golf Sits Fifth at The Hayt After Two Rounds 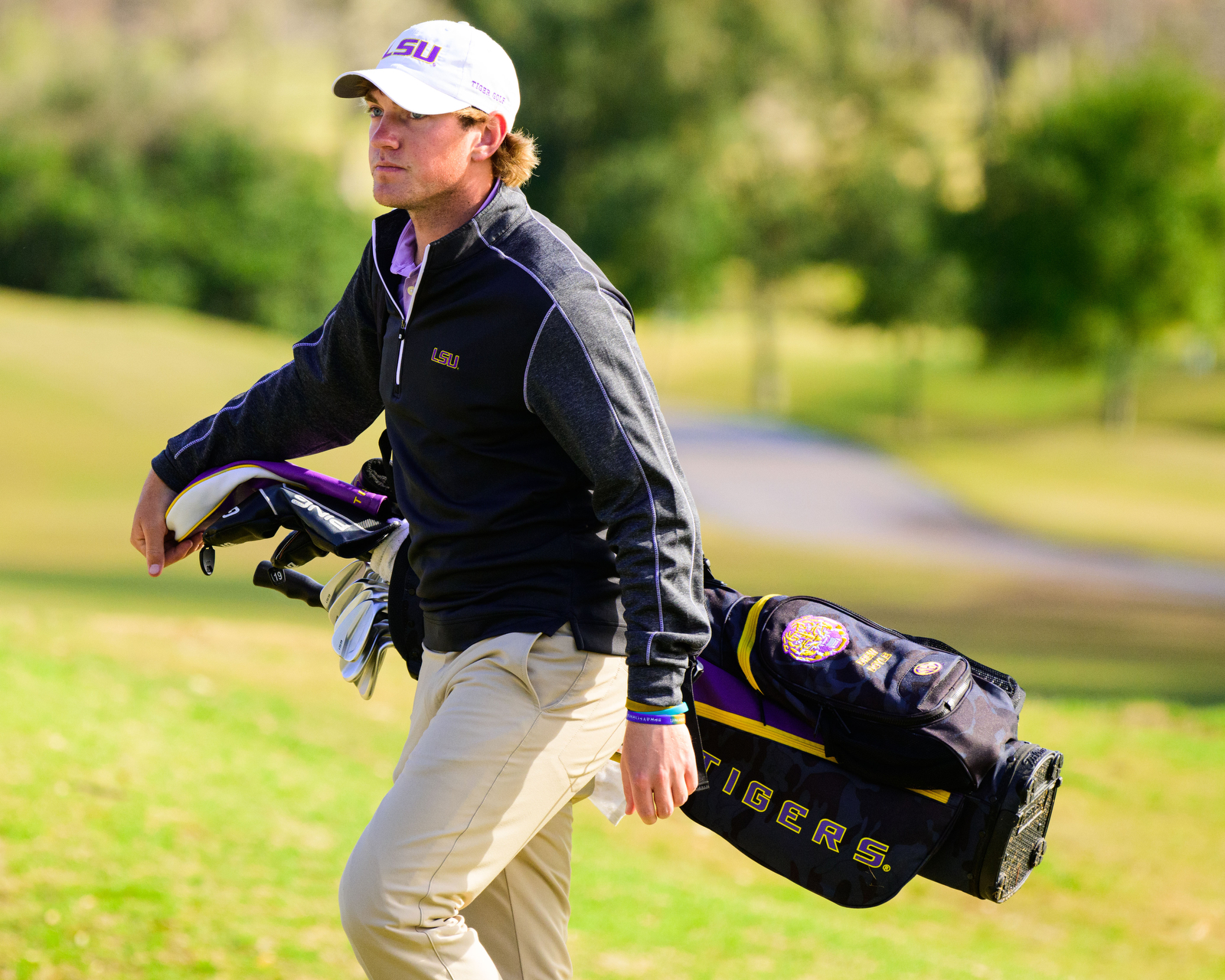 Ponte Vedra Beach, Fla. – The No. 25 LSU men’s golf team ended the first day of The Hayt in 5th place after shooting an 18-over 594 (298, 296) in two rounds of play on Sunday at the Sawgrass Country Club. Individual participant Drew Doyle finished the day at even-par 144, which places him tied for 8th place on the leaderboard.

Round One
Garrett Barber led the Tigers in round one with a steady even-72 performance. Nicholas Arcement trailed Barber with a 2-over 74 while Cohen Trolio fell only a stroke behind at 3-over 75. Michael Sanders shot the final score that counted for the team’s round with a 5-over 77 in a round that saw him pick up his team-high fifth eagle of the season. The final Tiger from the starting lineup was Trey Winstead, who shot a 6-over 78.

Competing as an individual, Doyle enjoyed a successful opening round as he finished at even-72 with a four birdie, four bogey performance.

Round Two
Trolio shot the best of the starting lineup in the second round after securing four birdies in a 1-under 71 to take him to 2-over 146, tied for 11th place. Winstead was the next score in the lineup with a 2-over 74 to end the day at 8-over 152 and tied for 49th position.

Doyle repeated his even-72 first round to end the day tied for 8th place at even-144, five strokes behind the leader.

Charlotte University and North Florida ended the day tied for 1st place at 4-under 572.

Up Next
LSU is paired with Florida Gulf Coast and No. 19 Tennessee for the final round. The group will tee off from the first hole at 7:30 a.m. CT tomorrow morning.