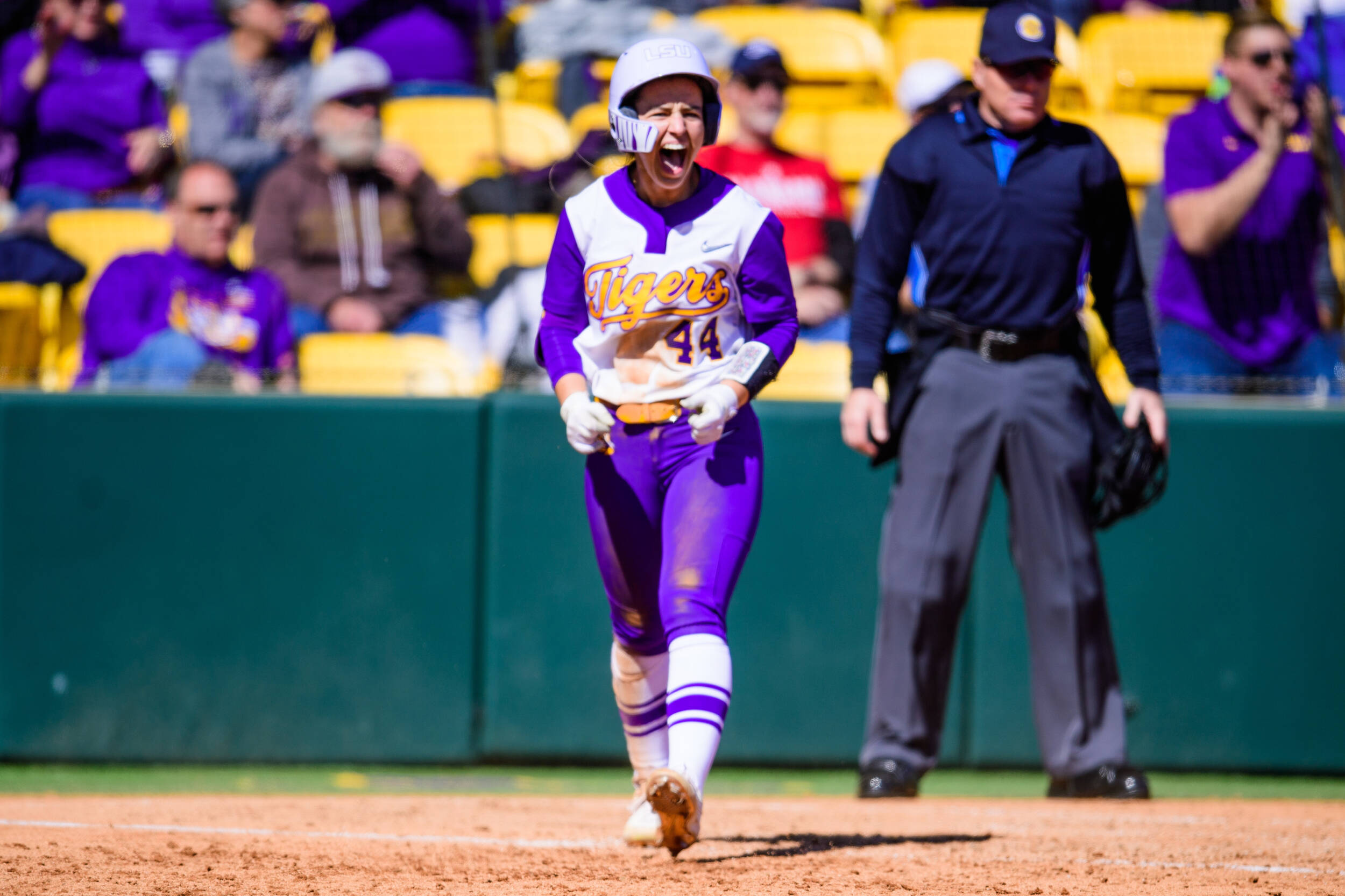 The Tigers even the series 1-1 as they claim their fourth win over a top 10 program this season and sixth overall against a nationally ranked team.

Newland went 2-for-4 at the plate and recorded her fourth career four-RBI game and third this season. Clark drove in the other three runs with a double in the seventh inning to extend and seal the game for LSU.

Sophomore Ciara Briggs and freshman McKenzie Redoutey each had two hits in the game. It was Briggs’ 30th career multiple hit game and 14th this season.

Arkansas got on the board first with a two RBI double in the first inning for an early 2-0 lead. After a pair of scoreless innings for both clubs, Redoutey singled and Newland followed with a two-out RBI double to cut the lead in half, 2-1 through four innings of play.

The Tigers went down in order in the top of the fifth frame, and in the bottom half inning the Razorbacks increased their margin 3-1 thanks to a solo shot from graduate Taylor Ellsworth.

In the sixth inning, sophomore Taylor Pleasants got things going with a leadoff single. Freshman KK Madrey pinch ran for her and found her way to third base after a couple of wild pitches. With two outs, Redoutey drew a walk, setting the stage for Newland’s at-bat with runners on the corners. Newland attacked the first pitch and sent it over the center field wall to give LSU a 4-3 lead. Arkansas crossed one run in the bottom of the sixth as both teams entered the seventh inning tied, 4-4.

Sophomore Danieca Coffey hit a leadoff double to right field to open the seventh inning and a bloop single from Briggs put runners in scoring position. Pleasants was walked to load the bases and Clark cleared the bags with a three-RBI double to left center field, giving LSU a 7-4 lead with no outs. The next six batters were retired for both teams including three groundouts for the Razorbacks to complete the come-from-behind victory for LSU.

The LSU-Arkansas series will conclude with a 6 p.m. pitch on Monday, March 28.