LSU earns its first series win in Gainesville since 2012 and hands Florida its first SEC series loss at home since May 2019. 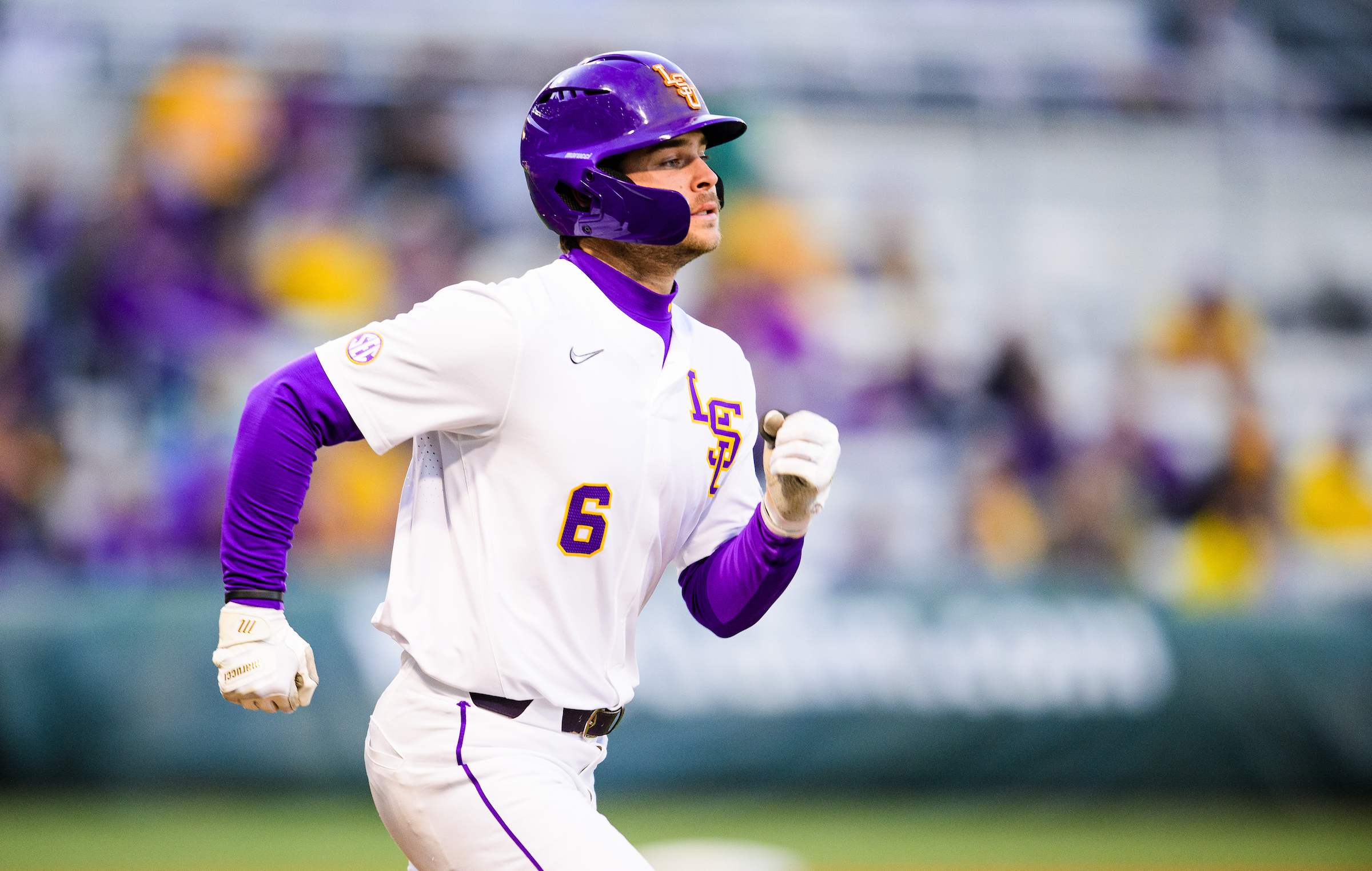 LSU recorded a 2-1 series victory over the Gators, marking the Tigers’ first series win in Gainesville since 2012. The series loss for Florida was its first at home since May 10-12, 2019, when the Gators dropped two games to Tennessee.

The Tigers return to action at 6:30 p.m. CT Tuesday when they play host to UL Monroe in Alex Box Stadium, Skip Bertman Field. The game will be broadcast on affiliates of the LSU Sports Radio Network, and it may be viewed on SEC Network +.

“It’s a great accomplishment for our team against a great program,” said LSU coach Jay Johnson. “I thought we attacked at the plate over the last two days, and we had great effort on the mound today and all weekend. We had a bunch of quality at-bats and stuck to our plan against a really good pitching staff.”

Jobert, who had three home runs in the series, blasted a two-run dinger in the fourth and a three-run homer in the sixth to highlight LSU’s 11-run, 12-hit outburst.

Taylor (2-0) earned the win, as he limited Florida to two runs on four hits in 5.1 innings with two walks and six strikeouts. Dutton worked the first 3.2 innings of the contest, allowing no runs on one hit with three walks and one strikeout.

Florida starter Ryan Slater (2-1) was charged with the loss, as he surrendered four runs on four hits in 3.1 innings with no walks and one strikeout.

After three scoreless innings, the Tigers struck for four runs in the top of the fourth as Jobert and catcher Hayden Travinski each drilled a two-run homer against Slater.

LSU extended its lead to 11-0 in the sixth with a seven-run uprising. First baseman Tre’ Morgan delivered an RBI single, third baseman Jacob Berry lifted a sacrifice fly and second baseman Jordan Thompson flared a run-scoring single into right field to give the Tigers a 7-0 advantage.

Jobert later blasted a three-run homer – his third of the series and seventh of the season – and rightfielder Giovanni DiGiacomo capped the inning with an RBI double, giving LSU an 11-run edge.

The Gators pushed across two runs in the sixth when leftfielder Wyatt Langford lined an RBI single, and designated hitter Kris Armstrong drove in a run with a groundout to first base.

“When our team attacks the game with confidence and aggressiveness, they can play closer to the best version of themselves,” Johnson said. “It’s about re-committing each game to do that, and if they can, they can accomplish great things.”

LSU Baseball 2023 individual-game tickets will go on sale at 9 a.m. CT on Thursday, February 2. Fans may purchase tickets online at www.LSUtix.net, or by calling 225-578-2184 or 225-578-0100. Online ordering is encouraged in order to avoid long wait times on the phone.
Skip To Main Content