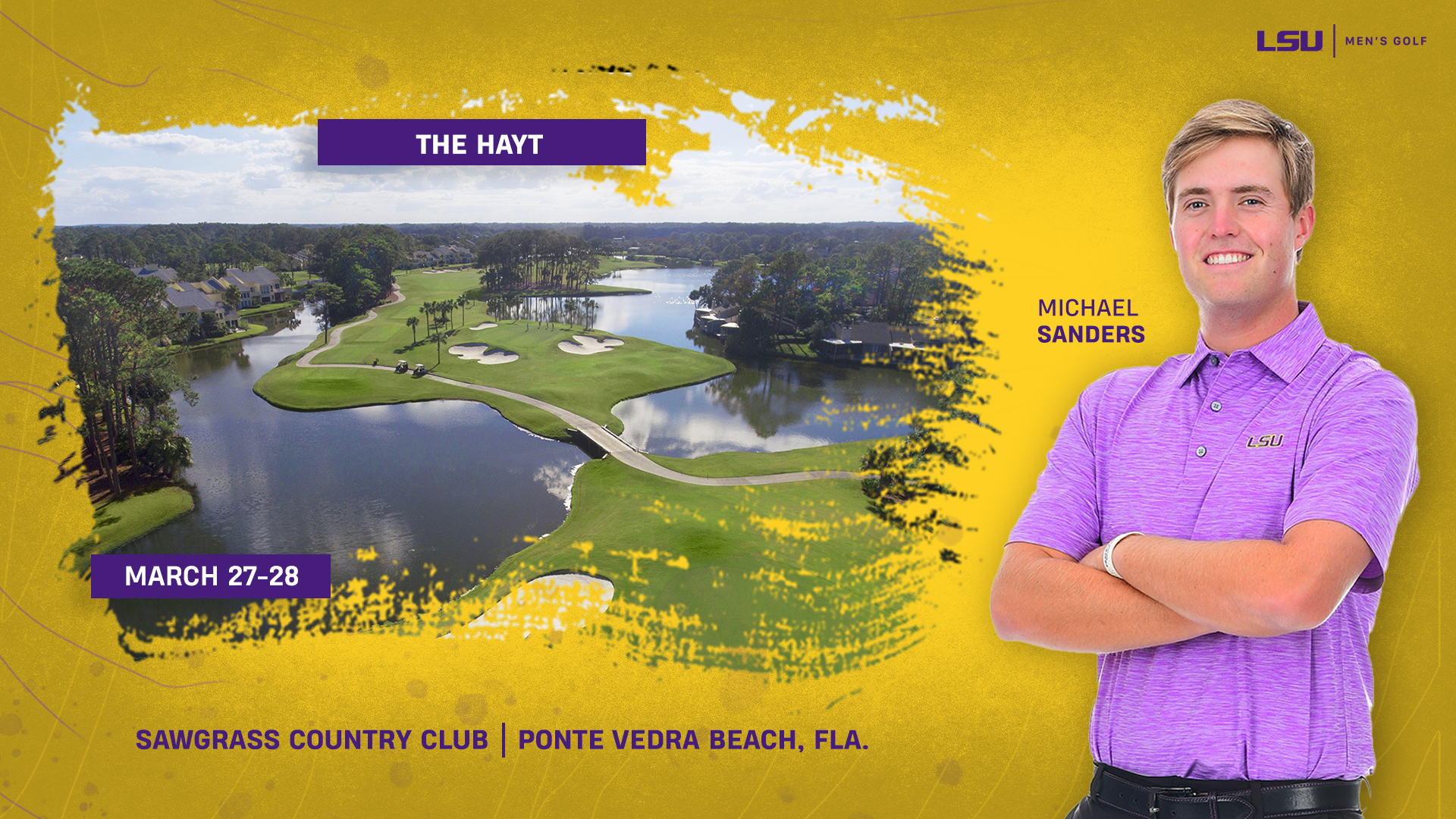 Ponte Vedra Beach, Fla. – The No. 25 LSU men’s golf team heads east to participate in The Hayt tournament, hosted by the University of North Florida, beginning at 6:45 a.m. CT on Sunday, March 27.

Fifty-four holes of stroke play kicks off on Sunday morning, with two rounds of 18 holes set to be played ahead of the final round of 18 holes on Monday. Action will take place at the par-72, 6,966 yards Sawgrass Country Club.

LSU has won this event once previously in 2009, where the team shot a 21-over 885 to win by nine strokes over second place Arizona State. The Tigers’ lone individual win also came in 2009 as John Peterson finished at 2-under 214, the only player to finish below par.

The Lineup
LSU trots out the same lineup for the third straight event of Garrett Barber in the 1, Trey Winstead in the 2, Nicholas Arcement in the 3, Cohen Trolio in the 4, and Michael Sanders in the 5 while Drew Doyle will compete as an individual. The Tigers are apart of a 16-team field that includes host school North Florida, Arkansas State, Central Florida, Charlotte, Coastal Carolina, Florida Gulf Coast, Georgia Southern, Jacksonville, Liberty, Louisville, Navy, North Texas, No. 19 Tennessee, and UAB.

The Tigers enter the tournament in good form after a strong month of play and look to bring momentum into the final two tournaments of the regular season. The Tigers claimed their second team victory of the year three weeks ago after shooting a 37-under 827 to win the San Diego Classic by nine strokes as a team. The San Diego Classic also saw success in the individual competition as Nicholas Arcement claimed medalist honor after finishing atop the field with a 13-under 203.