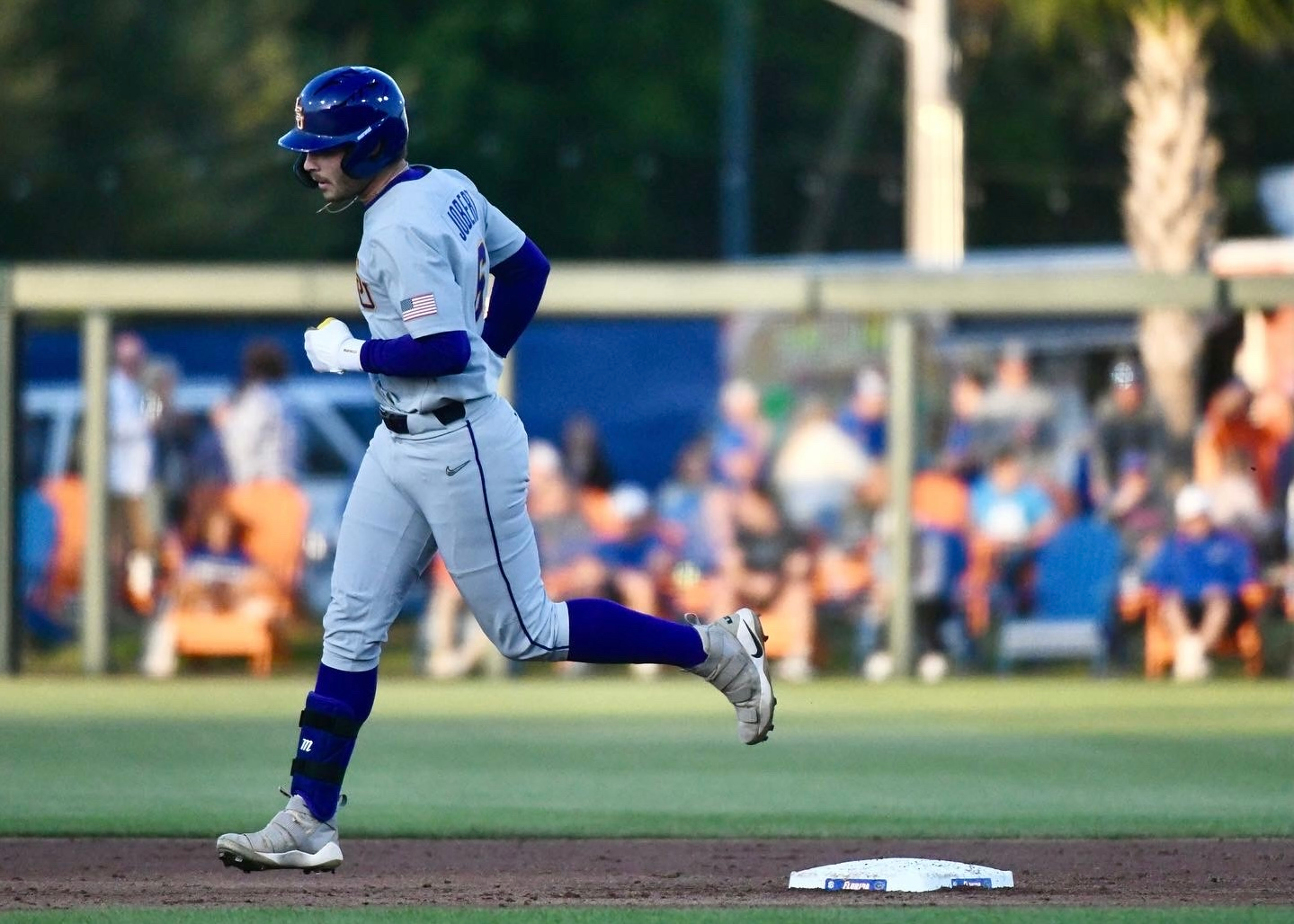 The teams meet in the series finale at 11 a.m. CT Sunday in a game that will be broadcast on the LSU Sports Radio Network and streamed on SEC Network +.

LSU collected 13 hits Saturday night, including four homers and four doubles. The Tigers’ 16 runs represented their most runs scored in an SEC game since March 17, 2017, when LSU posted a 22-9 win over Georgia in Baton Rouge.

“It was just the way you want to draw it up with a bunch of extra-base hits and a bunch of walks,” said LSU coach Jay Johnson.

LSU starting pitcher Ma’Khail Hilliard (2-0) blanked the Gators through the first five innings and was credited with the win. Hilliard worked a total of 5.2 innings, allowing four runs on five hits with no walks and seven strikeouts.

Right-hander Paul Gervase relieved Hilliard in the sixth and worked 2.1 scoreless innings with no hits, one walk and two strikeouts.

“They didn’t get many good swings off against Ma’Khail,” Johnson said. “He was in-and-out, up-and-down, changing speeds, a great performance. Both Ma’Khail and Paul were incredibly hard to hit tonight.”

Florida starter Brandon Sproat (3-2) suffered the loss as he allowed six runs – five earned – on four hits with two walks and one strikeout.

The Tigers grabbed a 2-0 lead in the top of the first inning on a two-run homer by first baseman Tre’ Morgan, his first dinger of the season.

LSU erupted for six runs in the third as Crews provided a sacrifice fly and third baseman Jacob Berry contributed a run-scoring grounder before Jobert blasted a three-run dinger – his fifth of the season – and leftfielder Gavin Dugas followed with a solo shot, his second homer of the year.

The Tigers increased the lead to 9-0 in the fifth when Jobert was hit by a pitch, moved to second on a walk to rightfielder Giovanni DiGiacomo and scored when Florida third baseman Deric Fabian misplayed a grounder by LSU catcher Tyler McManus.

Florida finally got to Hilliard in the bottom of the sixth, with a four-run rally highlighted by rightfielder Sterlin Thompson’s two-run homer.

The Tigers iced the game with a seven-run ninth inning that featured a three-run homer by Crews, an RBI single by Jobert, a run-scoring double by Dugas and a sacrifice fly by DiGiacomo.

“We had a good approach at the plate tonight,” Johnson said. “We did a good job of attacking mistakes and controlling the strike zone.”