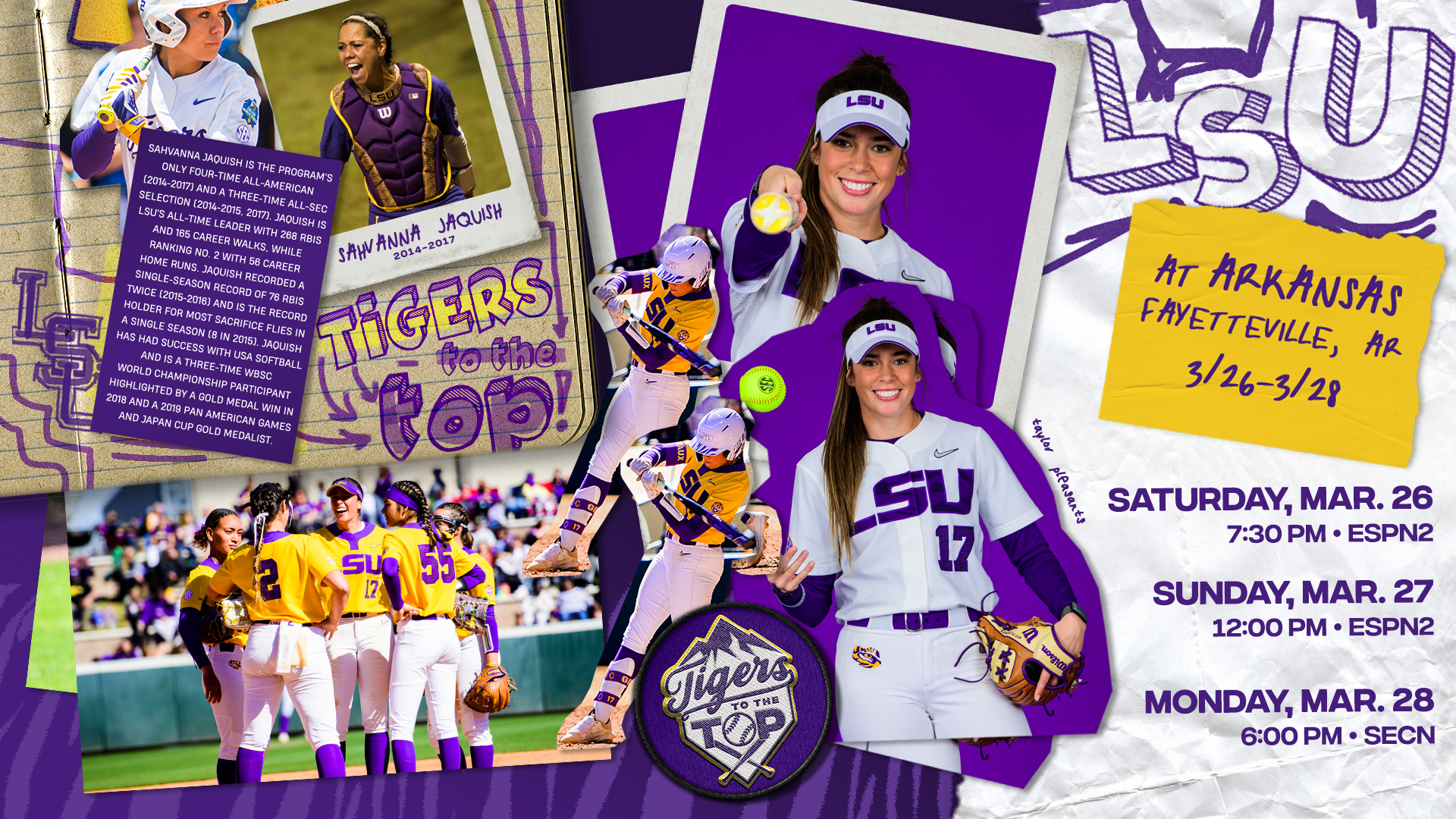 Saturday’s 7:30 p.m. game and Sunday’s noon contest will air on ESPN2, while Monday’s game at 6 p.m. will be televised on the SEC Network. Patrick Wright will call each game on the LSU Sports Radio Network 107.3 FM.

Sophomore Danieca Coffey leads the Tigers with a .420 batting average and ranks No. 5 in the NCAA with 42 hits this season. Sophomore Ciara Briggs is batting .398 with 39 hits (No. 18 in the NCAA) and has a team-high 31 runs scored. Junior Georgia Clark has a .313 batting average and leads the SEC with 39 RBIs, a mark that sits at No. 5 in the NCAA. Clark’s 10 home runs pace the Tigers and is the fourth most in the conference.

With Kilponen’s no-hitter, she improves to 10-4 in the circle behind a 1.92 ERA and 76 strikeouts in 80.0 innings pitched. Kilponen now has four shutouts on the year with one save and eight complete games. Senior utility player Shelbi Sunseri has a 5-2 record on the rubber with a 1.72 ERA and 39 strikeouts. She also has one save and one shutout, while hitting .258 with 17 hits, eight home runs, and 23 RBIs. True freshman Raelin Chaffin is 4-1 this season and has logged 32 strikeouts, walked nine batters, and has two complete games and one shutout in seven appearances this season. Chaffin has a 2.79 ERA over 32.2 innings pitched.

LSU leads Arkansas in the all-time series 61-13. Although the Tigers fell two games to one in last year’s series, the Purple and Gold have an 8-4 record in the last 12 meetings dating back to the 2016 season.