Burrell Remains On The Bowerman Watch List For Appearance No. 4 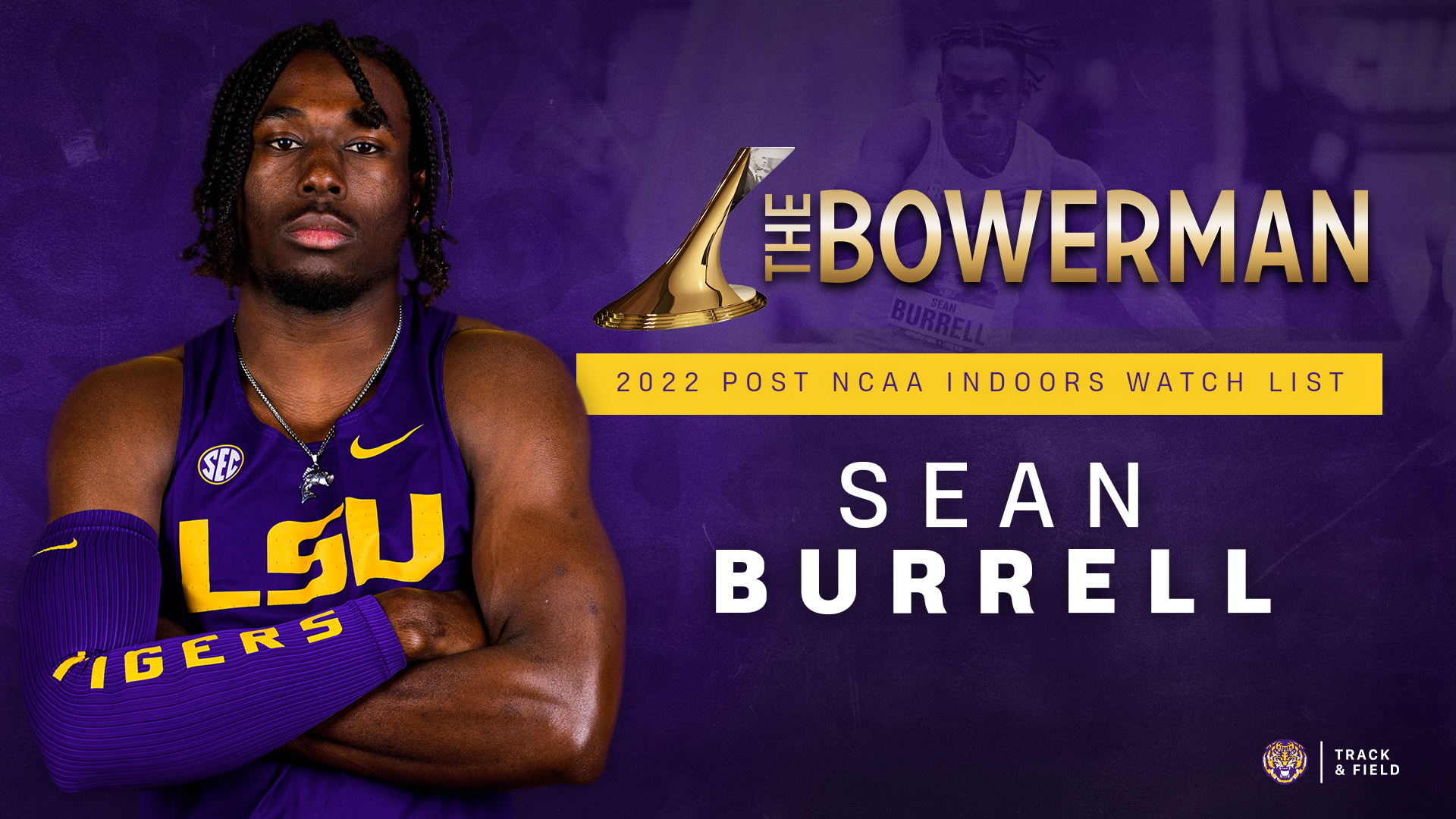 Baton Rouge, La. –  Sean ‘Squirrel’ Burrell made his fourth career appearance on The Bowerman Watch List on Thursday afternoon. The Bowerman is awarded annually to the top collegiate track and field athlete each season.

Burrell is set to compete for LSU this weekend in the 4×400 meter relay at the Texas Relays. Burrell has competed twice this season, both times as a member of the LSU 4×400 meter relay. He’s known for his exploits in the 400 meter hurdles after winning the NCAA title in the event as a true freshman in 2021.

Burrell, a native of Zachary, La., won the NCAA title with a time of 47.85 last June in what was a U20 world record time. For a full list of current members on The Bowerman Watch List, visit ustfccca.org.