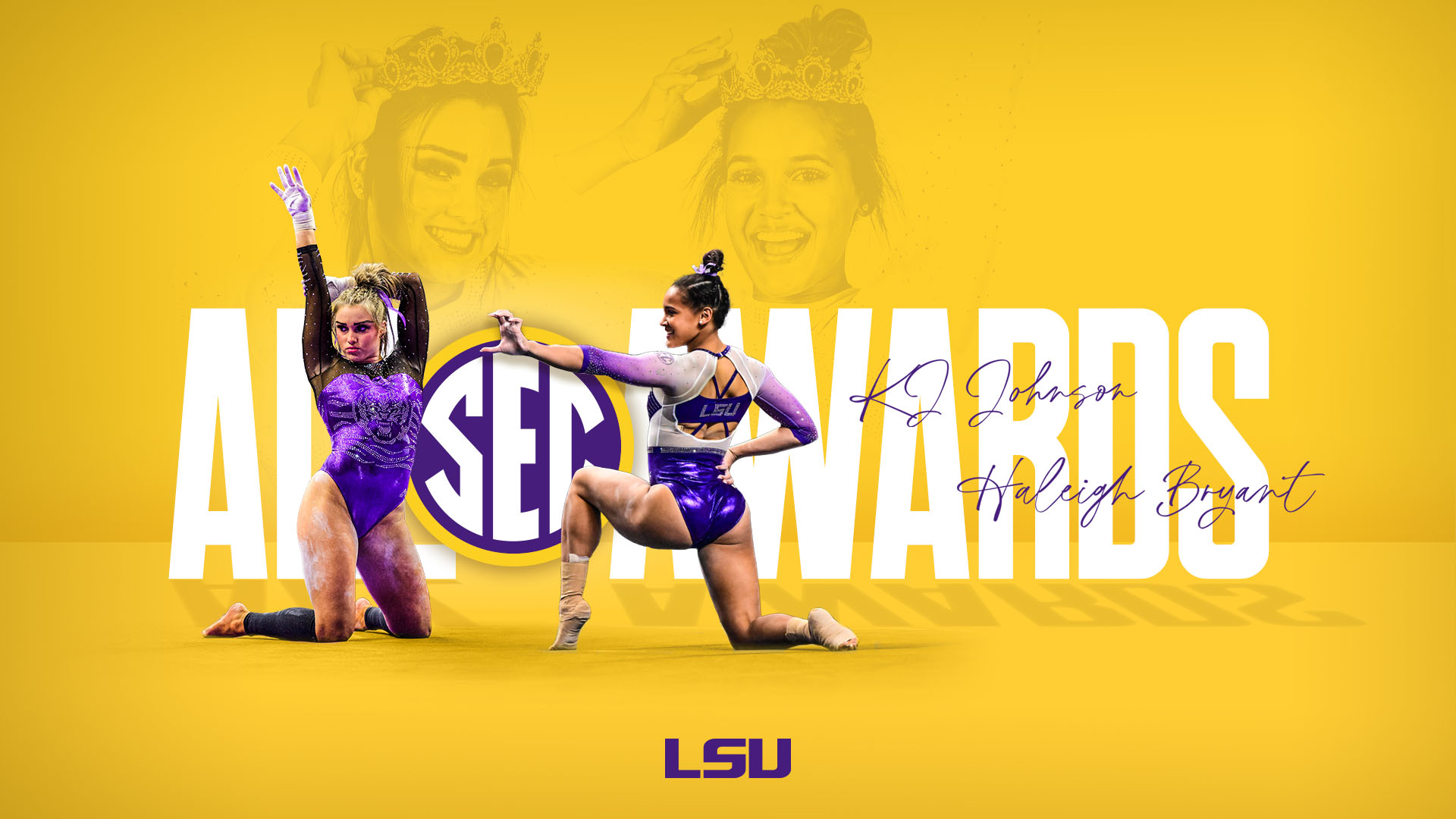 Bryant had an outstanding performance to earn All-SEC honors. She finished second on beam with a 9.95 to match her career high. The honor for Bryant marked the second of her career and 98th in school history.

Johnson was the top freshman on vault with a 9.90 on her 9.95 valued Yurchenko full. The Dallas, Texas, native became the 18th LSU gymnast since 2009 to be named to the SEC All-Freshman team.

Bryant, Johnson and the Tigers will begin NCAA postseason on March 31 at the Raleigh Regional.